Australia may be the smallest continent on earth. But this small piece of land surrounded by beaches and islands makes it attract tourists from all over the world throughout the year. But like any other country, Australia has its own national treasures or should be called as Mysteries which only appear on this land. Nature has blessed it with so many magics that these events becomes a must-have experience in a lifetime.

Though some are still mysterious while the other is suggested by some scientific forces on which the matter run. Whatever be the cause, these phenomena are both magical and spell bounding. Here is a shortlist. And the fifth one is my personal favorite. 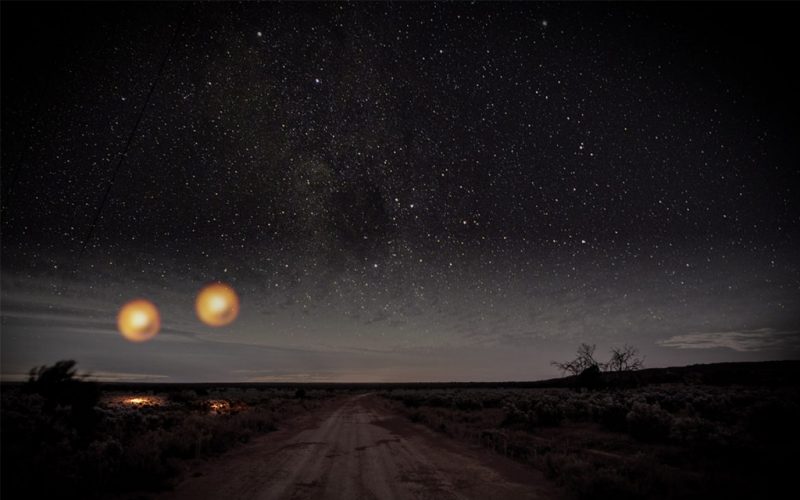 If I tell you that you are driving on the road and suddenly some ball of lights starts following you. Will you be amazed or will you be frightened? If you think it is not possible you might want to visit the northern territory of outback Australia cause the government here has parked a cautionary board that you might experience this phenomenon here. This phenomenon taking place in this region of Australia is the cause of tourist attraction and of multiple debates. However, these are beautiful to see and surprising to be followed.

Many Scientists in the Charles Darwin University along with neuroscientists and physicists are trying to figure out the cause of this energy and they are still researching. However, the older regional people who have spent their lives being followed by these min-min lights believe that these are the spirits of their ancestors which are guiding the country. 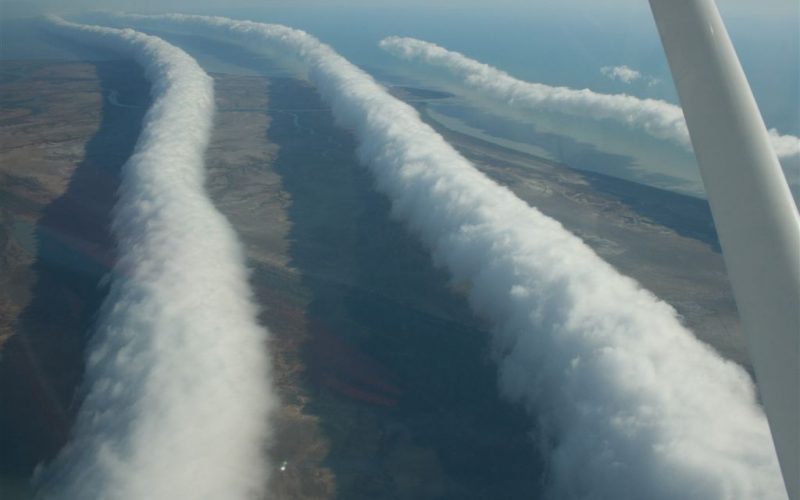 If you head towards the Gulf of Carpentaria during the time of late September to early November, you might witness the cluster of clouds making a bundle which stretches to be around 1000 km in length and looks spiral. Either you are living in a dream or experiencing a rare meteorological phenomenon which is just spell bounding to watch. Again the reasons and the mechanism of this unconventional wonder.

Unusual cloud formations have been noticed since ancient times. The local Garrawa Aboriginal people which are the regional Australian people called it kangolgi. The pilots of the Royal Australian Air Force first reported this phenomenon in 1942. It has been a subject of attraction for many scientists and many theories have been proposed till now. They thoroughly explain the complex movements of air masses in the region. 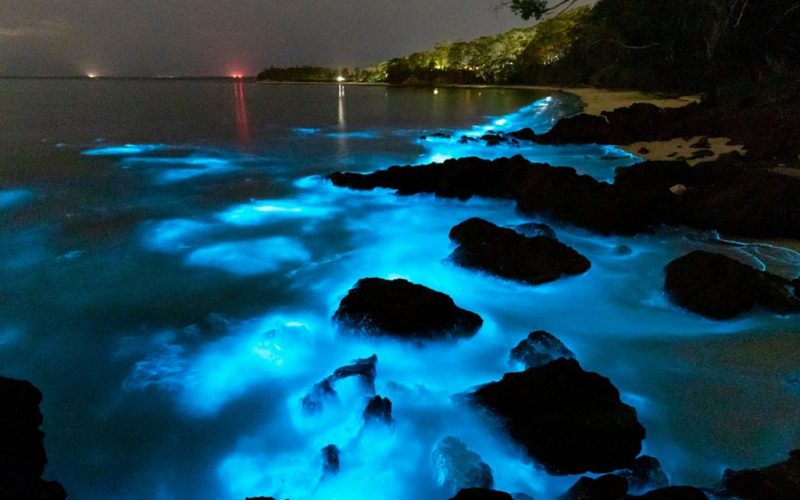 Australia would be famous for its sun-soaked land, sandy beaches, and fun beach life. However, there is one more thing that calls tourists to experience this magical piece of land which is not found anywhere else. And that one thing is famously known as Bioluminescent Planktons which of course glows in the light. And their presence on the water surface makes it more luminous in the dark nights. People in Australia also call it sea sparkle.

Like the other two phenomena, this one is not that mysterious for scientists but quite logical but it’s easy understanding doesn’t mean it’s any less mystical than any of the listed phenomena. Certain types of chemicals, when mixed together, produce energy that excites other particles. This causes a vibration that in turn generates light, which causes the glow. The group of chemicals involved to make plankton glow are broadly termed “luciferins” and the light is produced by a series of oxidation directions set off by a catalyst called luciferase. 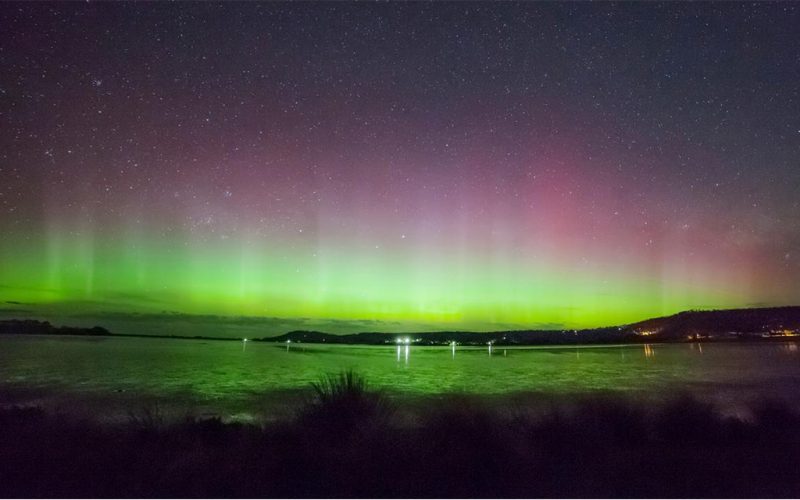 Whoever wants to visit Australia, would certainly fall in love with Tasmania. I believe the complete Australian beauty can be seen and experienced in Tasmania and it is beyond any explanation or words. But there is one thing which is there sure to get you surprised and amazed all at the same time. If you ever wondered and dreamt of witnessing the northern lights. Then you are most welcome to the Southern part of Australia or specifically Tasmania cause this is the place where you are going to experience the same kind of northern lights but in the south. So, we can call them southern lights. Right? Or as they have been named Aurora Australis.

Unlike northern light, you can experience Southern lights from Tasmania at any time of the year. You could be wearing layers in the cold winter months of June to August or in the warm nights during the months of December to February. No matter when you visit all you need to do is wait for the darker clear light to have a look at the southern light in Tasmania, in the south of Australia. 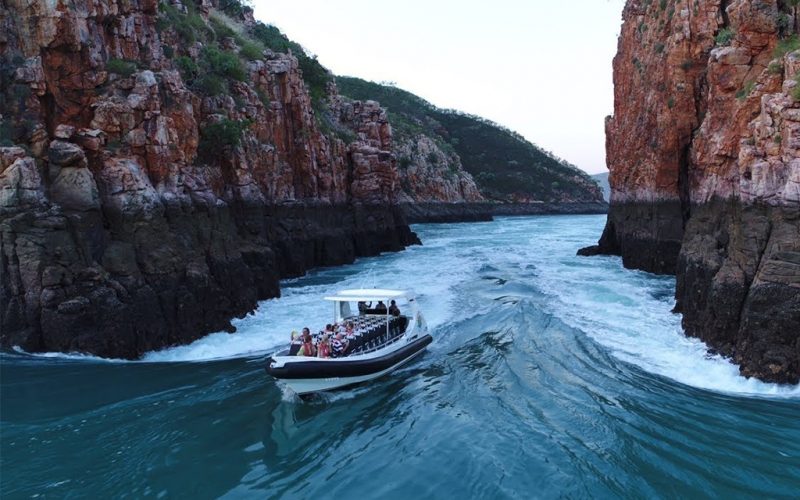 Australia is famous for its clear water turquoise beaches and calm waters. What else can you expect higher tides which can leave you with shells? But you know there are more adventures and more mysteries in the deep waters of Australia. And one of the most natural phenomena in the middle of the ocean. We know waterfalls from top to bottom nowhere is the one that goes horizontal. And is well known as the Horizontal Falls.

Located on the coast of the Kimberley Region in Western Australia, horizontal fall is a splendid natural phenomenon that attracts a lot of tourists and thousands of people want to witness this wonder of nature. They are formed from a break in between the McLarty Ranges reaching up to 25 m in width. The natural phenomenon is created as the seawater builds up faster on one side of the gaps than the other, creating a waterfall up to 5m high on a spring tide. Within each change of the tide, the direction of the fall reverses, creating a vast tidal whirlpool. Ain’t that one amazing thing to watch? 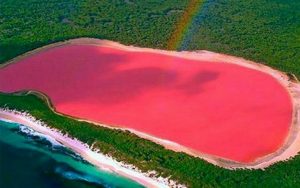 Many believe that seawater or water in the ocean is the reflection of the sky. The sun rays are white but as they get refracted through the atmosphere of the earth, only the blue color which has the longest wavelength gets passed through it. Hence we see the sky as blue and water as blue or turquoise as well. But all these logics fail when we witness a large amount of water in pink. Just like bioluminescent water or phytoplanktons.

This is a work of pink algae that has turned the waters into pink. These pink lakes came into light after it was featured in an advertisement. At first, people thought that it was a digital amendment into the video. However, it was seen that the Australian pink lake actually exists and is a few km away from the crowded Australian city of Perth. So, if pink is your favorite color and you might like to bathe in the pink-colored water. We can explore the pink lake. 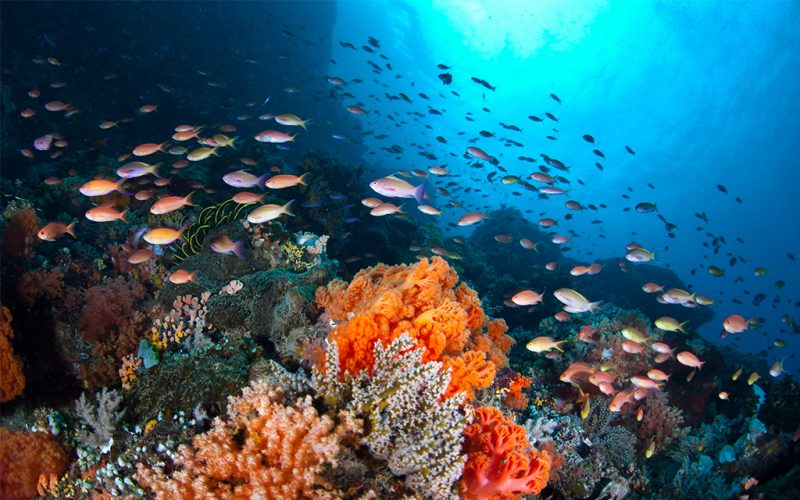 The water world is a complete universe in itself. And there are a lot of creatures that live below the sea levels and more in numbers as compared to both land and air. There are some portions in the water world where we don’t know what exists and it is as mysterious to us as the mysteries above the sky. Watching coral spawning could be more beautiful and fulfilling than any of the things that you might have watched recently. And Australian beaches are the best places for that.

There are a lot of documentaries made on The Great Barrier Reef but if you want to look closely by being a deep-sea diver and watching this as closely as possible, it is going to be a once in time experience. It has also been concluded that these corals were on the verge of extinction at one point in time. But Australians are constantly working in order to save this phenomenal ecosystem. You just need to check in to the place with the correct timings to watch it.

Uncategorized A Visit TO THE Hidden Gem IN Caribbean: TURKS & The CAICOS ISLANDS 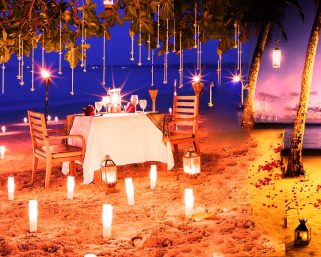 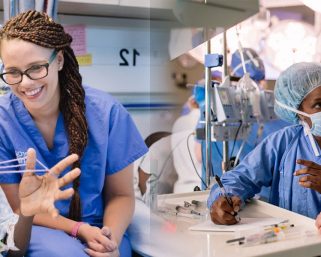 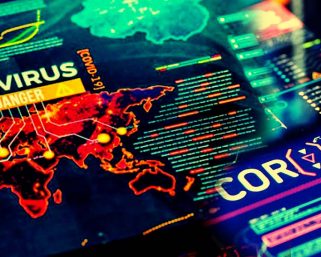