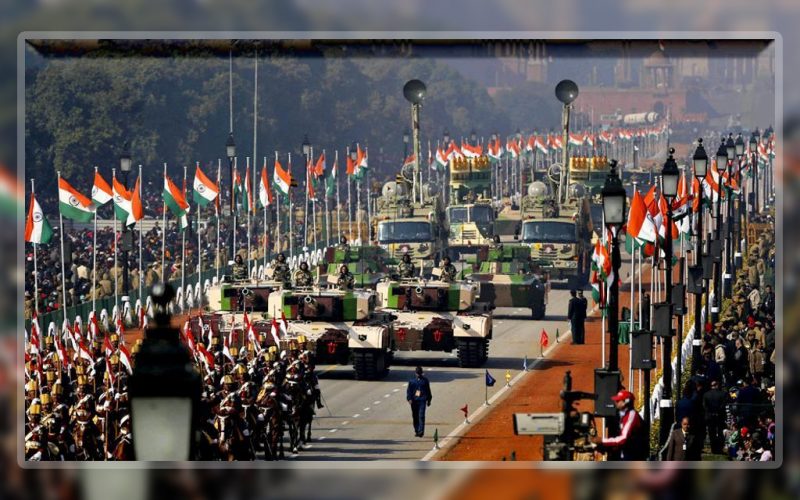 The momentous day for India is approaching fast, are you ready to celebrate the beginning of a fresh year with this massive event? If not, don’t worry, we are going to walk you down the memory lane and unravel everything there is to know about India republic day 2020. India will be celebrating its 71st republic day on 26th January 2020 at Red Forth. The colossal event like every year is expected to go through a series of fascinating activities including parades, the unfurling of the national flag, award distribution, military tank and missile parade, cultural programs, dance performances and so much more. If you are also excited like us, don’t be a couch potato and book your tickets in advance to experience and celebrate the important national holiday commemorating the establishment of the constitution of India.

There is a solid reason why India specifically chose 26th January for republic day. On this day in 1930, purna swaraj (the first solid step towards independence from Britishers) was celebrated following the resolution of the Lahore session of the Indian National Congress. This is the reason why our constitution was commenced on this historical date. India achieved independence from British rule (colonialism) on 15th August 1947. Shortly after that, the constitutional assembly made a committee that was given the role of drafting a new constitution governing the newly independent nation, the chairman of which was Dr. Ambedkar.  After more than 2 years i.e. in 1950, our constitution was completed and henceforth we celebrate republic day on 26th January.

How Republic Day Is Celebrated In India?

Republic day in India is celebrated with much fervour at every nook and corner of the country. However, the most-awaited event that takes limelight is held at New Delhi in which massive parades are organised which is preceded by the prime minister laying a wreath at the Amar Jawan Jyoti and observing a moment of silence to pay tribute to our fallen soldiers.

The republic day parade witnesses active participation from different state government/UTs/departments who are given the task of proposing tableaux consisting of prominent persons in the field of art, culture, painting, sculpture, music, architecture, choreography, etc. The final model is selected and showcased during the parade.

All three wings of Indian Armed Forces i.e. Indian Navy, Indian Army and Indian Air Force also participate in the parade and showcase their skills and display newly-acquired artilleries, weapons and missiles. Republic day in India is an entertaining affair that makes people glued to their television sets and enjoy the celebration. Some people love to witness the extravaganza with their eyes, so they rush to Rajpath and celebrate the national holiday this way. The festivity ends on 29th January with the Beating Retreat Ceremony where bands from Indian Armed Forces perform.

Why Republic Day Is Important?

Even though India became an independent nation on 15th august 1947, it truly became free on 26th January 1950 when the constitution finally came into force thereby giving it political freedom. On this day, India became Sovereign Democratic Republic where-

Republic day is important as it commemorates the values of our democracy and republic and strenthen our commitment to liberty, fraternity and equality across our society. It’s a phenomenal example of India’s unity in diversity.

Where Is Republic Day Parade Held?

The parade sets out from Raisina hills near Rashtrapati Bhavan and follows Rajpath past India Gate to the Red Fort where President unfurl our national flag and give gallantry awards  to our brave soldiers and National Bravery Award to children. The parade routes through a distance of more than 5 KM and runs for around 3 hours.

How to Get the Tickets for Republic Day 2020?

Since the entire event is a ticketed one. You have to purchase tickets to attend the festivity. Tickets to republic day parade are made available a couple of weeks before the event. It is mandatory to bring Aadhar card/Voter ID card or any government-issued identity card to buy republic day parade tickets.

The republic day parade in India is a vibrant, action-packed event showcasing India’s military prowess and cultural heritage that mustn’t be missed if you are in the capital in January. The event is live telecasted on TV as well, but the charm of witnessing the parade in real cannot be comprehended into words. You are bound to feel proud and patriotic when the atmosphere gets charged up during the parade.

Why You Should Put Bihar On Your Travel Bucket List