A major Indian festival, Diwali brings people together with religious rites, sweets, festivities, presents, and, of course, the bursting of crackers. Diwali is a festival of lights when families gather to celebrate the triumph of light over darkness. This Diwali, why not see how other towns celebrate this auspicious holiday in all its majesty. This year’s Festival of Lights features these top 10 locations to see the illuminations:

While Udaipur is known for its palaces and lakes, the city’s attractions don’t end there. Udaipur, a popular tourist destination in Rajasthan, has been hailed as one of the greatest places to celebrate Diwali. Udaipur is one of the best sites to celebrate the festival of lights, with the sky lit up by lanterns floating in the air and fireworks reflecting beautifully on Lake Pichola. Udaipur Light Celebration, which began in 2012, is another festival celebrated in the city. The illuminated event has performances by musicians from all around the country, food stalls that light up the fair, and family-friendly activities like making paper lanterns. It’s a surefire way to make your Diwali celebrations more exhilarating.

Nathdwara, a little holy village near Udaipur, is revered for its devotion to Lord Krishna. While visiting Udaipur, be sure to stop by the Krishna temple to see some of the beautiful Pichwai murals that depict the Lord’s stories and teachings. In addition to Diwali, the sacred town also celebrates the Annakuta festival, which takes place a day following Diwali in the Hindu calendar. You can participate in a variety of pujas, such as the Govardhan puja to honour Lord Krishna’s victory over Indra, the God of Lightning’.

Festivals and celebrations in Mumbai take on a whole new flamboyance due to the city’s constant bustle. The city’s streets are always dressed out for holidays, whether it’s Diwali or Christmas. Choose an eco-friendly approach to the city’s Diwali celebrations by visiting some of Mumbai’s excellent attractions. You’re sure to have a terrific time in this city because the energy is so alive and exciting! In addition, you may get the opportunity to see spectacular monuments lit up in celebration of Diwali, the Hindu festival of lights! If you’re in Mumbai for Diwali, stay at the InterContinental or Trident near Marine Drive and take in the sights and sounds of the city.

When it comes to Diwali festivities, the state capital never fails to impress. Look forward to seeing some of the fancy works at the Diwali Bazaar if you want to have a whale of a time buying in Delhi’s streets for your home dcor or wardrobe. Delhi’s annual Dastkar Festival of Lights Diwali Mela, as well as its superb handicrafts, bring a certain brightness to the city’s Diwali celebrations. During your visit, you can take part in one of the city’s many Diwali melas and carnivals. Delhi’s opulent accommodations add to the opulence of the trip. Delhi is arguably one of the best places to celebrate Diwali because it has all the advantages you’re looking for to usher in the festival of lights.

Ayodhya, one of India’s holiest towns, is particularly well-known for its association with the Ramayana and is noted for its extravagant Diwali celebrations. Apparently, in 2018, the city of Ayodhya earned a spot in the Guinness World Records for illuminating more than 300,000 clay lights along the dazzling Saryu River’s banks in a single night. Ayodhya will make your stay in 2020 a happy one despite the fact that Diwali celebrations will be different in 2020 because of the epidemic. Its festive atmosphere will transport you to a hallowed location in Ayodhya.

Firecrackers and the festive mood that permeates cities and towns during Diwali may make it rather noisy. Gujarat, on the other hand, is the place to go if you want to enjoy Diwali without being overwhelmed by the noise and chaos of the city. Dangs, a small town in Gujarat around 270 kilometres from Vadodara, is becoming well-known for its Diwali celebrations, thanks to its community-based tourism. Local tribal people live in the village, and they greet visitors with open arms. The locals employ eco-friendly goods from their woods and other natural resources to transform Diwali into a spectacular festival, and they share this knowledge with tourists. This year’s Diwali might be a learning opportunity for you, whether you make healthy food or attend art demonstrations. With the knowledge you get from the excursion, you can plan a more eco-friendly Diwali in the future.

When it comes to Diwali festivities, Varanasi takes it to a whole new level. Afterwards, spend some time browsing crowded bazaars selling everything from traditional clothing to sweets, before taking a plunge in the sacred Ganges. Spend your evening watching the sun go down from a boat while listening to religious presentations and chanting. Firecrackers light up the sky as the celebration comes to a close. In Varanasi, the Diwali of Gods or Dev Deepavali is also celebrated as a part of the famous Ganga Mahotsav Festival if you remain back for a while. The Spiritual Capital of India has a number of low-cost hotels, and you may reserve one in advance online for added convenience.

The holy festival of Diwali is also a perfect time to visit Amritsar in Punjab. Bandi Chhor Divas, a major Sikh celebration commemorating Guru Hargobind Ji, the 6th Sikh Guru’s release from prison, coincides with the event. In the city, kirtans, or special prayers, are held all the time, and the illuminated Golden Temple is a sight to behold. While you’re there, take advantage of the crisp air, picturesque sarson (mustard) fields, and contagious enthusiasm of the residents. Embrace the delicious flavours of the region by indulging in some of the delicious local fare. Amritsar hotels abound in the holy city because it is a popular tourist destination. The FabHotel KK Continental Albert Road, the FabHotel Aay Kay Model Town, and the FabHotel Orbion Mall Road are just a few of the city’s low-cost options. Hotel rooms with superior amenities are available at a low cost.

Jaipur’s Dhanteras celebrations, which begin the day after Diwali, are an experience not to be missed. Amazing views of the city’s lighting and fireworks may be had from the Nahargarh Fort and other renowned tourist destinations. The city bazaars are also teeming with folk performers playing old classics, as well as beautifully handcrafted lamps and other items. While in Jaipur, sample the best of Marwari food and buy for unique gifts and souvenirs. You’ll also be smitten with Udaipur’s glistening lakes, which reflect fireworks and the palaces’ illuminated facades. Both of these locations host magnificent Diwali celebrations that are just unmatched! FabHotels Padmavati Palace Mansarovar, Dior Pink City, Panchsheel Ajmer Road, and FabHotel Saneer Jaipur Airport are just a few of the low-cost options in Jaipur. FabHotel Vatika Inn Gulab Bagh Road is one of the cheap Udaipur hotels.

On the occasion of Diwali, the city truly lives up to its moniker as the City of Joy. Bengali people revere the Hindu goddess Kali. These offerings, which include food like meat, fish, flowers and sweets, are made as a sign of respect to the local deity. There are bright diyas, candles, and lights illuminating the city, and there are also spectacular fireworks to be seen practically everywhere you look. At this time of year, Kolkatans recover from the festivities of Puja and start celebrating again! While in the city, be sure to stop by the city’s many famous Kali Puja pandals and visit some of its most important religious temples, such as the Dakshineswar Temple and Kalighat Temple, which both honour Goddess Kali. Budget hotels in Kolkata, such as the FabHotel Ratnakar Inn Ballygunge and FabHotel Sreema New Town, are readily available to travellers on a budget.

Visit Goa when you’re in India for Diwali. People begin decorating their doors and windows with lanterns on Naraka Chaturdashi, the first day of the festival. Locals make and then set fire to enormous Narakasura effigies made of firecrackers and grass in the early hours of the morning the following day. If you want to have a good time while you’re celebrating, head to the best beaches, casinos, and posh bars. FabHotel The King’s Court Calangute and FabHotel La Flamingo Calangute are two budget-friendly Goa hotels to choose from.

Summary:- We provided this article to you so you can celebrate this year’s diwali by visiting one of these places with your loved ones and create memories of a brilliant celebration that’s unlike anything you’ve seen in years.

If you want to keep updated about more festival information, Stay tuned with Tripsonwheels.

How Makar Sankranti Is Celebrated Across Different States Of India? 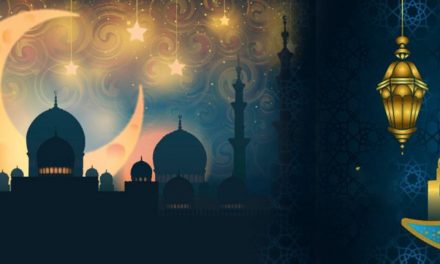 All About Ramadan- The Holy Month Of Fasting