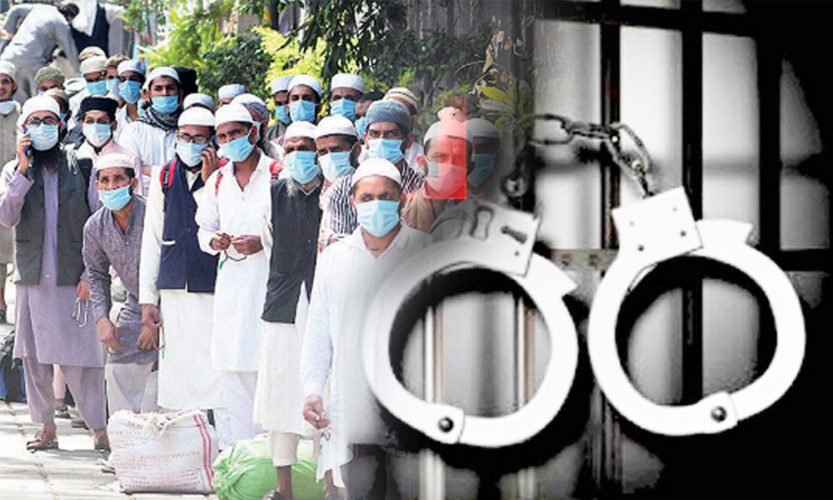 Delhi Police has registered a case against Maulana Saad and other members of Tablighi Jamaat for violating the directions of the government. Delhi’s Nizamuddin is now declared as a hotspot for COVID-19 after hundreds of people were identified as positive cases of Coronavirus in the century-old mosque complex in Nizamuddin area.

These people have been staying in an area called ‘Markaz Nizamuddin’. The case came to light when a nationwide search for suspected cases of COVID-19 is under process. These people also attended the social congregation at Nizamuddin building earlier this month amid the pandemic ignoring the lockdown.

Following the congregation, many people who attended the gathering died of Coronavirus- one from Kashmir and 6 from Telangana. Police forces who were searching for attendees who fled to different parts of the country were attacked with stones and shots. In Bihar’s Madhubani particularly, a search party was attacked and fired upon by the people when they went to check the mosque area after they were informed that Markaz attendees were hiding in the mosque.

In Gujarat also, police were welcomed with stones when they searched for people who had gone to Tablighi Jamaat’s congregation.

All this happened while the nation is in lockdown till 14th April. As the numbers of Coronavirus cases are shooting, with the current being 1600+ confirmed cases, concerns have been raised by authorities ever since the news about Markaz Nizamuddin broke out. The ministry had asked cops from all states to locate, screen and quarantine the individuals associated with the aforesaid congregation to prevent further spread of the infectious disease.