At the times when the whole world is suffering from a pandemic situation. There are still some countries that are struggling to provide basic amenities and health care facilities to their own citizens. The major diseases whose vaccines have not only been discovered but have successfully cured a lot of patients throughout the world. These diseases are the major reasons for most of the deaths in these countries.

Lack of drinking water, sanitation, and other health care facilities like medical equipment, drugs, and medicines are a problem but malnutrition and lack of resources are the other problems as well.As the World Health Organisation does the survey and ranks these countries with poor health care facilities in the world comes at the bottom of the list. So let’s read the list from the bottom:

The Republic of Sierra Leone is located in the west of Africa. Though it is surrounded by Libera on one side and Guinea on the other side, it was among the few countries which were being looted during the civil war, and hence its medical facilities were also being affected due to that. The World Health Organisation has given a 0.0 Performance Index to the country when it comes to the health care system. At a population of 6 million currently, the republic of Sierra Leone is rebuilding its healthcare system.

But that is not all, if we closely consider the life expectancy rate of the population here it is merely up to 54 years at an average. When dengue is considered as the major disease here due to which a lot of the overall population gets affected, on the other hand, pregnant women have a legal right for medical facilities but failed to get most of them. As we know, the average health of the citizens of the country not only depends on the health care facilities available here but also on the cleanliness and the type of nutritious food available. In Salone, the name, by which it is usually known, has 22 physicians for every 1 million, the clean drinking water and nutritious food is still not available to the citizens.

9. REPUBLIC OF THE UNION OF MYANMAR

Myanmar is a beautiful country specifically its landscapes and being surrounded by beautiful water bodies and the culture of the people makes it all the more attractive to visit. But the neighboring country to a few of the world’s best countries like India, China, Bangladesh, etc. is the only non – African country which is the lowest on the list of the healthcare system in the World Health Organisation. The Government of the country is constantly promoting free healthcare facilities to the citizens. Though there are vigorous efforts made by the government, there are only 6 doctors to one million of the population.

The nutrition and health of the citizens of the country also depend upon the life expectancy of the people. The average life expectancy goes to 50 years when a quarter of the population is below 15 years. The World Health Organisation gives a 0.138/1 performance index to the health care system of Myanmar. But there is still hope in the country as the constant efforts have been made as a health insurance system was introduced in July 2015 when citizens were made aware of the benefits of it. So many efforts being put into it, this country still has a long way to go.

The Central African Republic is a country surrounded by land from all sides. Though the neighboring countries do not score very high in the healthcare system, the Central African Republic or CAR is still the third-worst in the entire world. With communal fights, riots and a lower education system in the country makes it high in crime rates and no one wants to visit the country. On the other side, the country’s performance index of the healthcare system is at 0.156/1 as reported by the World Health Organisation. Malaria and other preventable diseases are very common among the people of the country. This has led to the life expectancy of the citizens to 49 years at an average.

But sectorial riots, unstable governments, negligence of the government towards the healthcare system are not the only causes for the low life expectancy rates and the huge gap between the citizens and their healthcare. Unavailability of clean drinking water, proper nutritious food, and youngster’s inclination towards violence instead of bringing in the medical facilities and contributing to it are the other major factors that complete the pie charts to the poor healthcare in this country. Diarrhea, malnutrition, sanitation problems, and others are the big factors that increase the infant mortality rate.

7. The DEMOCRATIC REPUBLIC OF CONGO

Located on the banks of the river Congo and hence the land was named as the Democratic Republic of Congo can be good at the availability of water and proper nutritious food because of the fertility of the land. There are other factors due to which the World Health Organisation still ranks it at 0.171/1 on the medical performance Index. Poor medical facilities, lack of medicinal drugs, and unavailability of trained doctors are a few of the factors for such low-performance Index.

The other reasons include lack of clean drinking water, lack of nutritious food which lowers the life expectancy to 48.7 years at an average with 43% of the population at an age under 15 years. Diarrhea and Cholera are common diseases due to the lack of clean drinking water and the unavailability of medical facilities at the same time. However, lack of cleanliness in the surrounding still becomes the prominent cause of Malaria which becomes the reason for most of the deaths in the country.

6. The FEDERAL REPUBLIC OF NIGERIA

The Federal Republic of Nigeria is among the most populated countries in the entire continent of Africa with a population of 174 million people in total. That still does not confirm the better healthcare facilities for each of the systems. The education facilities of the country are far better than any of the surrounding countries. But most of the doctors, nurses, and other medical professionals mostly move abroad for better opportunities instead of staying and taking care of the citizens of the country to treat them from regular diseases.

Sanitation and cleanliness issues are most prominent in the Federal Republic of Nigeria which becomes the major cause of the rise of diseases. On the other side, the absence of medical professionals degrades the average life expectancy to 52.3 years and the infant mortality rate goes up to 20% every year.

Liberia is the only country colonized by the United States of America but nowhere is the status of the country manages to meet the health care system of America. Though it is a beautiful coastal country which means an abundance of water for plantation and other facilities. Still, it does not mean that in spite of a good beginning it proves to be in better health care performance index which still stands at 0.200. The population of the country stands at 4 million. However, life expectancy still stands at 57 years.

Out of the total population, 4.7% is over 60 years old and 43% of the population is 15 or under. 43% of the children are below 5 years of age and it also has a higher infant mortality rate. Malaria still stands as a major cause of children’s death. Even though the country has the largest medical center made in the name of the former American President John F. Kennedy. But lack of trained medical professionals still cannot make Liberia a health country.

Malawi is a beautiful travel location for many tourists around the world because of its picturesque landscapes and enchanting wildlife, it attracts many safari lovers to its lands. Along with that, the hospitality of the state is also another reason to make it touristic friendly. But all of these appreciation accolades cannot be provided to the health care department as it has been provided a performance index of 0.251. A landlocked country surrounded by Tanzania, Zambia, and Mozambique has a lower life expectancy at 54.8 years.

The average age of the population stands at 17 years. The main reason for this is not just the unavailability of public health facilities and the lesser inclination of government policies towards the healthcare facilities. But the spread of HIV among the population has its prominent effect on the mortality rate. The death rate in the country due to HIV goes up to 68000 deaths in a year. And there are merely 19 doctors to one million of the citizens in the country.

Mozambique is another African country which has the lowest GDP among all the countries in Africa. And of course, the healthcare system would be affected by it. The World Health Organization has given a 0.260 health system rating to Mozambique. The average life expectancy here is 50.7 years and the median age is around 17 years. The major cause for this is the lesser number of medical professionals in the country. There are only 40 doctors to one million citizens of the country.

60% of the population lives below the poverty line in the country. The medical equipment, necessary drugs, and basic medical amenities are not available in the country. Again, most medical professionals shift to a better region looking for better opportunities and better living conditions. Major diseases faced by this region are severe HIV, Malaria, and Cholera.

The regional beauty of Lesotho is beyond beautiful. Marvelous landscapes and smaller regional tribes living in the lush green mountains make it beyond imagination and also gives home to the people who want to stay connected to the regional culture and traditions. It is the world’ s highest land and the main occupation of the region is the farming of marijuana in which they trade as well. The population of this country is less than 2 million people. And they are not at all aware of their health care facilities.

Stuck on their traditional methods of cure, the modern health care equipment, any other drugs or medications apart from marijuana are simply non-existent there. 40% of the citizens live below the poverty line. The average life expectancy goes to 49 years and 25% of the people at the age of 15 – 49 years have contradicted HIV, which becomes the reason for their death.

The last on the list is the Republic of Zambia with the healthcare rating at 0.269. Being surrounded by other countries and no water bodies, the unavailability of drinking water is the major reason for the majority of the deaths in the country. The normal life expectancy in the country is 55 years. Half of the population of Zambia is below 14 years because of the high birth rate and the high death rate simultaneously. As reported by the World Bank, Zambia has been rapidly growing. However, how much of that wealth goes to the health care department. Only the time will tell. 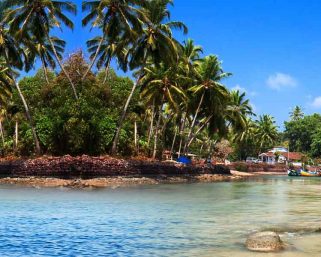 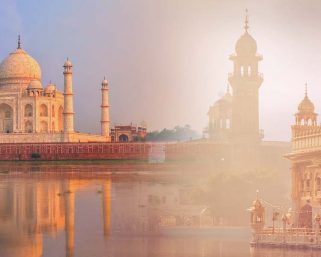 Family Travel Through The Best Tourist Places in North India 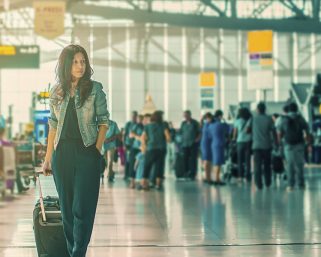 Blog How to book the cheapest flight tickets 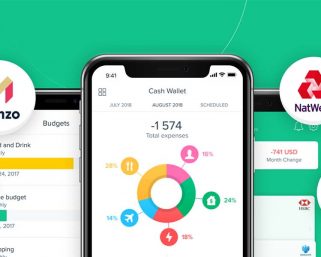