How many places in the world do you know where you can truly live next door to the Maharaja? One comes to mind. Umaid Bhawan Palace, the pinnacle of Rajasthani tradition, represents the city of Jodhpur’s growth.

The building was named after the Marwar-Rathore monarch Maharaja Umaid Singh. When it was built in the 1920s, it was designed to help alleviate the famine by giving thousands of people jobs. One of its similarities to Agra’s famed Taj Mahal is that both use Makrana marble in their construction, which dates back to the erstwhile Jodhpur Royal Family’s reign. It was the last palace to be constructed before independence, and it was erected on expansive grounds totalling 26 acres, including 15 acres of well-manicured gardens.

The Taj Group’s management of this magnificent royal residence, now turned into a hotel, necessitates a feeling of history and conservation to capture the special essence of royalty. Indian Hotels Company Limited is known around the world for its legendary hospitality that offers world-class refinement while being deeply steeped in its original tradition, making it a quintessentially Indian hotel chain.. In 2018, TripAdvisor’s Travelers’ Choice award was given to the hotel for its exquisite luxury and amazing experiences, making it one of the top hotels in India.

The Mehrangarh fort, Jodhpur’s older sibling, is more opulent than the city’s palace. This fort, Mehrangarh, has received a lot of attention because it is one of India’s most spectacular and well-preserved fortifications. It’s opulent and imposing, and it’s one of just a handful of privately owned forts in India. Mehrangarh, like the Umaid Bhawan Palace, is revered for being a steward of history and cultural significance.

They show two contrasting parts of Rajasthan’s past and appear to be the best spots for visitors to get a feeling of its ethos. Fortresses that are imposing, invincible, and yet hold a strange mesmerising beauty invite you to explore the grandeur and power of Rajputs. A luxurious palace from the 20th century where you can experience life in royal hues.

This ultimate luxury experience was inspired by Taj’s commitment to preserving and promoting Indian identity through a partnership with the Mehrangarh Museum Trust. Due to the increasing demands of uber-luxury travellers and their desire to learn about local culture, the “History Beckons at Mehrangarh” experience was created.

Heritage, folklore, and culinary art all play a role in the overall experience. Umaid Bhawan Palace has created a special nighttime environment for its visitors, who will be greeted with noble and sincere hospitality.

It’s more about how you make people feel than what they do that makes them happy. As a result, our perception of the world is shaped by the way our senses perceive everything we do. The brightest minds in the field brainstormed for many hours to create this unique sensory experience. Light and sound engineers, historians, folk artists, and culinary specialists all worked together on this project to create a trip that captured the soul of Jodhpur. When creating an experience, even the tiniest details must be taken into account. Sound engineers must maintain a decibel level appropriate for the fort’s antiquity and the area around it, while light engineers must work to bring out the fort’s beauty by illuminating the structure’s grandeur after hours.

The hunt for the world’s oldest and rarest folk arts began as soon as the setting was perfected. A concerted attempt was undertaken to conserve the art forms of several tribes whose cultures were on the verge of extinction. The reintroduction of long-forgotten instruments like the string instrument “Khamaicha” and nomadic dance styles like “Kalbeliya” helped revive the culture.

When you first see this magnificently illuminated enormous monument, you’ll be filled with anticipation for what’s to come.

The Royal band, dressed in ceremonial clothes, welcomes the guests with the traditional hymn “Padharo Mhare Desh,” which means “Welcome to my land.” Camels pull up beside the band in ceremonial uniforms on one side. The welcome is a reenactment of how erstwhile Kings’ visitors were welcomed in the past.

Guests are served pre-function beverages at the fort’s entrance, where they may take in the view. They’re then given traditional Jodhpuri stoles called “Bandhani chunri” and colourful, nine-meter-long “safa” turbans.

The fort’s doors are opened, and mashals, lancer men, and other ceremonial guards lead the guests inside. Dancers on novelty horses perform a simulated fight to dhol and thal music as part of the fanfare. As part of the parade, local Rajasthani performers put on various cultural performances. Some of the many shows our guests can enjoy include pirouetting ladies with multiple pots placed on their heads, dancers who create music using cymbals linked to their bodies, and passionate musicians singing life passage ballads.

The visitors will then get the opportunity to view the evolution of royal identity in Marwar-Jodhpur via the prism of their Champagne glass during an exclusive tour guided by Director and Historian, Karni Singh Jasol, once the procession has arrived at its final destination. For example, the period rooms of Mehrangarh, with their stunning interiors that provide a window into bygone centuries, or the nighttime reflections of wall art and paintings, the trip covers every nuance of Marwari culture, art, and history in such a way that one is intrigued and eager to learn more.

The journey comes to a finish atop the rampart, where you can take in the sunset and the blue city of Jodhpur painted in lovely hues.

As the evening stars begin to twinkle, cocktails are served on the rampart with a view of the blue city on one side and a performance against the fort on the other. The Royal Marwar Meal Experience, created by the Chefs who have refined their abilities in the Royal Kitchens, is best enjoyed at Jodhpur’s highest eating point, Mehrangarh. The Royal Marwar Meal Experience evokes an air of Indian regality with its food and service, creating a sense of luxury that is synonymous with the state. There is a dish called the ‘thali’ that is the centrepiece of the feast, and it literally means a platter. What elevates this plate above a simple plate of metal, however, is the way it brings together all of the region’s distinct flavours while depicting its most prized culinary riches. It showcases the best of the region’s delicacies using fresh, locally sourced ingredients that are expertly prepared into perfectly portioned dishes. Even though the adventure begins with spiced buttermilk and canapés, the service is fit for a king!

When the guests have finished paying homage to the Maharaja’s way of life, they are reminded to “live life King size” by an enormous fireworks display as they get up to leave.

Things To Do In Umaid Bhawan Palace

Q1. Are guides available to do voluntary service?

Answer: There are several English and Hindi-speaking guides available who are eager to conduct volunteer work.

Q2. What is the best time to visit Umaid Bhawan Palace?

Answer: Because Jodhpur is so close to the Thar Desert, it is ideal to come during the winter, especially between October and March.

Q3. What are the quickest modes of transportation to Umaid Bhawan Palace?

Answer: Jodhpur’s airport is only three kilometres away, as is the nearest train station, which is five kilometres. The city’s railway system connects it to the rest of India.

Q4. What are the cheapest modes of transportation to Umaid Bhawan Palace?

Answer: There are a variety of other options as well, such as public transportation, private bus companies, or luxury Volvos. The Umaid Bhawan Palace is around three kilometres from the city’s main bus station. Private taxis, auto-rickshaws, and tongas are all options as well.

Q5. What is the second name of Umaid Bhawan Palace?

Answer: Umaid Bhawan Palace is also known as Chittar Palace because of the golden yellow colour of the building, which was created using stones from the adjacent Chittar Hill.

Final Words: The Umaid Bhawan Palace embodies Maharaja Umaid Singh’s philanthropic spirit. He spent tens of millions of rupees to create jobs for struggling farmers while also creating an architectural wonder. An excursion to the palace provides us with a flavour of the past, as well as a fluttering nostalgia for valiant Maharajas and their majesty. The Golden Yellow Sandstone structure will undoubtedly stand the test of time. 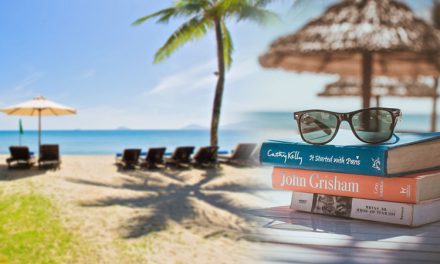 Tips That Will Help While Traveling With Kids 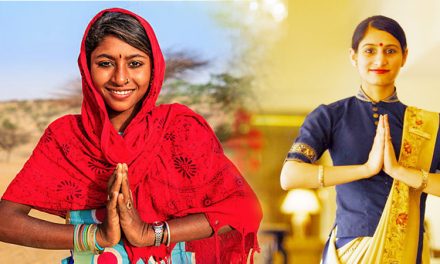