Get Lost in The Beauty of Venice: An Ultimate Travel Guide

Venice, Italy has long been one of the most desirable places to visit in the world, and it’s no wonder why. The city of canals and gorgeous architecture is at once beautiful and enchanting. It’s easy to get lost in the magic of this city. So if you’re someone who loves pretty places, good music, art, literature, and good food then Venice is for you. Make sure to plan your trip around these tips from an ultimate Venice travel guide.

Sleep at one of Venice’s famous hotels, like Hotel Excelsior or Hotel Abbazia. Both are near major attractions like St. Mark’s Square and La Fenice Theater, so you won’t need to travel too far for sightseeing. Or book a room with a private veranda overlooking one of Venice’s beautiful canals—the city really is most romantic when seen from water level! One additional perk? Since these hotels are located on Grand Canal, you’ll be close to all your favorite dining spots.

This city of canals and beautiful architecture has something for everyone to explore. Take a gondola ride through one of Venice’s main canals. Or just get lost on your own—Venice is one big, picturesque maze. This enchanting city has surprises hidden on every corner and turn.

Here’re 10 must things to do while you’re in Venice.

Grand Canal or Canal Grande is a 2.4 miles long water avenue, or the main water road in Venice, featuring numerous palaces, luxury hotels, and four bridges including the famous Rialto Bridge which is more like a street because of all the shops located on the bridge.

Most of the beautiful palazzos on the Grand Canal were built between the 13thand 18th century by the wealthy Venetian families to demonstrate their affluence. Palazzo Dairo, Ca’ d’Oro, and Barbaro are just some of such amazing buildings.

Grand Canal is also home to museums, churches, fish markets, and the renowned Casino of Venice.

Piazza St. Marco or St. Mark’s Square is the main center of Venice. Built between the 9th and 12th centuries in front of the impressive Basilica di San Marco, nicknamed the church of gold, a status symbol of Venetian power and influence in the world.

Fixed to a corner of the facade of Basilica di San Marco, you can find a famous sculpture called The Portrait of Four Tetrarchs from around 300 AD, which the Venetians stole from Constantinople in the 13th century.

The square is also where the famous Campanile, the bell tower of Basilica di San Marco is located. The tower also features the highest observation deck in Venice, where you can see the city from above as Galilio Galilei did in 1609.

St. Mark Square is also the location where the famous Carnival of Venice takes place. You can discover many other impressive and unique squares in Venice such as Campo San Stin, Campo Santa Margherita, Campo Santo Stefano, Campo San Boldo, Campo San Trovaso, and others.

This is one of the most famous churches of the world which is enriched by Byzantine altar – The Pala d’Oro. The gold-lined mosaic pictures here are one of the most attractive part of the palace. You can find some of the designs here by Titian and Tintoretto.

Also located in the St.  Mark Square is another important landmark of Venice – the center of centuries-long power and influence of Venice – the Doge’s Palace. It was the residence the leader of the Venetian Republic. Doge ruled Venice between the early 8th century and late 18th century and the construction of the palace began in the 14th century.

The palace consists of the Doge’s apartment and institutional & judicial offices. Doge’s Palace is now a museum where you can experience the rich history of this former superpower.

Since Venice is situated on 118 small islands connected by over 400 bridges, bridges are an important part of the city’s infrastructure as well as amazing pieces of architecture. Some of the historical bridges of Venice are Rialto Bridge – It’s 4th oldest bridge in Venice

The Bridge of Sighs – It connects Doge’s Palace interrogation rooms to the New Prison. The bridge got its name because the prisoners would sigh at the beautiful Venice one last time before being taken into their cells.

Ponte de Pungi or Bridge od Fists – This bridge celebrates the centuries-old Venetian tradition of fistfights between Venetian clans. The loser would eventually fall into the canal below the bridge. The foot markings indicate where each part of the clan would have to stand during the fight.

Ponte de Accademia Bridge – As one of Europe’s biggest canals, it was constructed in the 13th century to facilitate maritime trade. Today, its banks are lined with luxury palaces, churches and museums—the glittering cityscape is a sight to behold.

Venice wouldn’t be Venice without its iconic gondolas rides. To truly experience the ancient Venetian canals, a ride on a gondola is a must. Every tourist who comes here never misses riding on it even if they have done it before.

Venice is located in the Venetian Lagoon, consisting of over 100 additional islands which can easily be reached by Vaporetto.

Some of the important ones are Murano – Famous for the glass-blowing factories of the world-famous Venetian or Murano glass. You can visit one of many factories and for a couple of Euros, you can also watch live glass blowing techniques.

Island of Burano – This island is known for its incredible colorful facades and beautiful lace products which can very easily become your souvenirs.

Other interesting islands include a quiet Torcello Island, San Michele, home to an impressive Venetian cemetery, or Sant’Erasmo Island, also called the garden of Venice.

Venice has always been on everyone’s bucket list to travel once in a lifetime and after reading about the iconic bridges, sensual waterways, and gothic architects has entaiced you enough to plan your next vacation here. Spend few days in this city of romance and be enchanted by its sheer beauty.

How to Engage in Roms Online 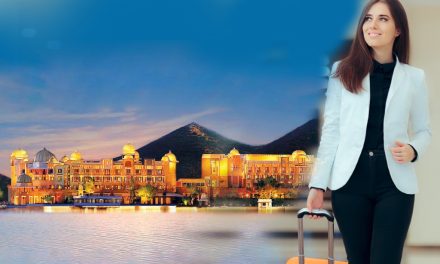 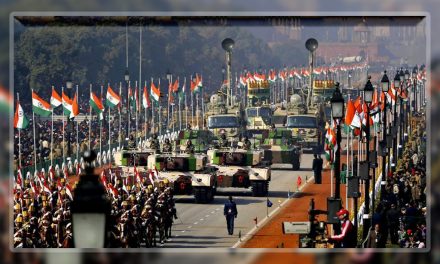 All There Is To Know About India Republic Day 2020

Offbeat tourist destinations in India you must travel to!