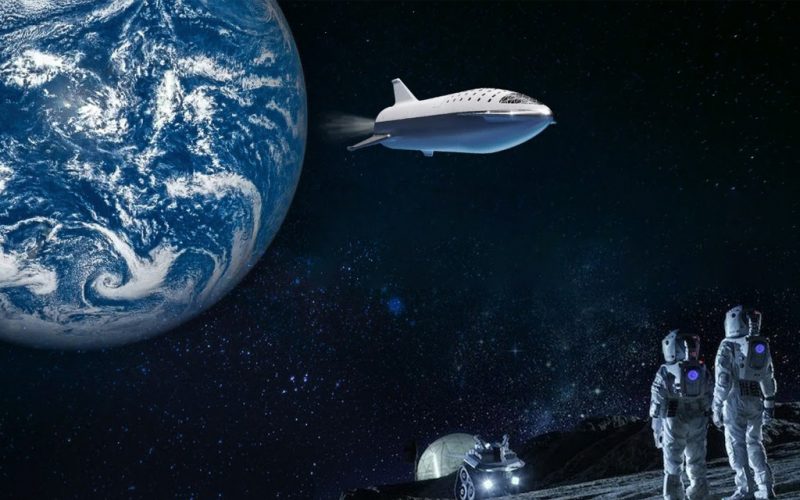 If you are wondering whether space tourism is for real or not, you are in for a shocking revelation.  Walking into space has always been a dream of mankind who continue to explore ways and innovative ideas to turn this vision into a reality. When man first walked on the moon, little did he imagined that he would be venturing into an unknown world full of endless possibilities. Space tourism is not a new concept but is one that has been the talk of the town for decades owing to Virgin Galactic’s founder Richard Branson who has been actively involved in making space tourism a real thing. Soon it won’t be only astronauts who can experience the magical enchantment of space travel, but us too. There are companies like SpaceX (Elon Musk) and Blue Origin (Jeff Bezos) who are burning the midnight oil to take tourists on a trip to moon so that all of us can experience the fun of space tourism coming years.

What is Space Tourism?

Space tourism is just like touring different places for recreational purpose, the only difference lies in the fact that here you’d be travelling into space or orbits and experience truly remarkable things you can’t possibly imagine. Space tourism sometimes is also referred to as citizen space exploration, personal spaceflight, or commercial human spaceflight covering sub-orbital, orbital and territories beyond earth’s orbits.

The History of Space Tourism

Space exploration began in the early 1950s when the Soviet Union (Russia) decided to lead the space race after successfully launching Sputnik 1 as earth’s first artificial satellite. As the 1960’s approached, the idea of sending people other than highly-trained astronauts and cosmonauts came to realization.

On April 12, 1961 Yuri Gagarin became the first man in space to make a 108-minute orbital flight aboard the Vostok 1 spacecraft. At the same time, the U.S. was attempting to do the same.

In May 1961, astronaut Alan Shepard became the first U.S citizen in space and in 1962, John Glenn became the first American to orbit the earth. 1980’s was the worst period that saw many space disasters including the infamous ‘Challenger’ disaster that gave a setback to space exploration programs.

Following suit, many other companies too joined the race to space including XCOR Aerospace, Bigelow Aerospace, Blue Origin, Rocket Lab that flooded into the industry, hoping to capitalize on public interest in space and a new swath of wealthy individuals ready to pay for access.

What’s been done So Far?

Virgin Galactic experienced in early stages saw success in guide flights but faced difficulties thereafter and continue to tackle the challenges to step into the arena of space tourism and host tourists for space voyages. Blue Origin had made major strides in testing new engine designs and an unmanned test flight of their crew capsule. Rocket Lab in early 2018 had their long-anticipated first successful test flight. SpaceX by Elon Musk entered the industry in late 2017 by agreeing to fly two private citizens around the moon. Despite the setbacks, there is a certain degree of frenzy among people anticipating travelling to space and experience what it is like up there. Interestingly, Virgin Galactic has already received reservations from 600+ people from 60 countries for places to fly on its aircraft WhiteKnightTwo and spacecraft SpaceShipTwo. While Richard Branson is busy with his plans to send tourists into space Blue Origin by Bezos aims to set up colonies on moon and other planets for space tourism purposes.

We are talking about exploring space and it’s certainly not going to be as easy as travelling overseas. Space tourism is going to be mentally and physically draining if you are not fit or ready for it. Dizziness, nausea, vomiting and headache are symptoms you should expect if you think you are all set to sail into space.  Your body might act weird due to the lack of gravity and will float into space, the experience might sound interesting for now, but your body will likely to hurt when you land back to earth. You might even feel difficulty in moving your head up and down. Despite that, you can easily readjust to life on earth just like astronauts do.

Space tourism is going to transform the way we travel and will grow all more popular as the days pass by. The expedition is likely to cost you a fortune initially but once the door to this dimension opens up completely, the day is not far when space tourism will become a part of mainstream tourism. All you can do is wait for the lightning to strike and admire the space from earth till then.

10 Largest Malls in India 2022 that put smaller ones to shame!

Unusual Sports That Really Exists|Weird Sports to Try for Fun