Several nomads planned a trip to Spiti Valley in September, assuming that the rains would be over by then, in May of this year. We still don’t know if the prolonged monsoons were a blessing or a curse for us. We were drenched, exhausted, and irritated by water crossings that appeared out of nowhere, boulders moving and exacerbating old water crossings, and landslides that appeared out of nowhere.

For the first time in their lives, the riders had to deal with conditions of this intensity in a single journey, and they realised how far they had come. Regardless of the difficulties we encountered, at the end of the trip, the sense of accomplishment, the pride and respect for our bikes, and the feeling of being there by your fellow rider’s side to help them out were the most important aspects.

Despite the fact that people are unable to overcome nature’s fury and barriers, surviving them and being able to tell their stories is fulfilling.

The India Cycle Club presented a wonderful flag to 11 riders from Delhi NCR on August 31st at midnight. They possessed RE Classic Bullets 350 and 500, RE Bullet Desert Storm, RE Himalayan, RE Thunderbird 350 and 500, Bajaj Vikrant, Bajaj Avenger, and a Triumph Tiger among them.

Our goal was to get to Narkanda as quickly as possible after beginning at 12 AM so that we wouldn’t be riding in the hills at night with fatigued bodies and minds. The goal was to get there by the end of the day. This is the most difficult day of the trip, as the initial enthusiasm wears off and one is compelled to stop for a power nap along the roadside as the body becomes fatigued. To be honest, it’s hard to think of anything wrong with going to bed when everyone else is doing so!

The road from Shimla to Narkanda was even better than the one from Shimla to Shimla. The rain woke us up from our ‘Rider’s Trance’ state. When a rider’s head is drained and he or she ignores the body’s signals to rest, the rider is more likely to make mistakes in assessing impeding traffic.

Some magnificent clouds were caught between tall conifers in deep green surroundings at Narkanda. In contrast to many other major tourist destinations, this one retains its unique appeal. Himachal Pradesh’s Narkanda is a year-round ski resort.

A broken clutch wire was the lone casualty of the day.

After an early night’s sleep and waking up in the early hours, we were able to enjoy the most gorgeous morning ride ever, amidst some drizzle, on a wonderful route that runs along a riverbank.

Through Rampur and along the magnificent Karcham Wangtoo and Baspa Dams, we made our way into the hypnotic Sangla Valley. There was no fatigue or lag in any of the riders despite riding for over three hours under the hilly roofs, which we had only seen in movies previously.

It wasn’t long after we left Sangla’s little settlements that we were put to the test by increasingly challenging road conditions. After 24 kilometres, the roads became smaller and shot stones and rocks created massive craters; the gravel-like road became mucky and skittish due to the constant rain. Finally, we arrived in Chitkul, the final Indian village on the China border. At a height of 3450 metres, Chitkul marks the end of Sangla Valley.

After a bad start to the day, we made it from Chitkul to Reckong Peo on the Avenger with extreme care, as the off-roading caused the bike to go out of control frequently. The shortest ride on our agenda turned out to be the longest due to the lengthy wait for the bike to be fixed.

The Kinnaur district includes Chitkul, Reckong Peo, and Kalpa, all of which are famous for its apples and chilgoza. In the late afternoon, we arrived at Kalpa and decided to take a look around. The view from Kalpa was spectacular, but aside from the suicide point, there wasn’t much to see.

Kalpa is where the real journey to Spiti begins. This route is expected to be among the most hazardous in the world. It’s a touch bumpy, but it’s no less enjoyable than a ride through the Rocky Mountains. There was a dramatic shift in the terrain when they approached the Sutlej river valley, which was framed by rugged rocky mountains. It was a thrill ride like no other. There were a few pauses owing to blastings; the earth trembled beneath us as a result of the dynamite explosions.

On this path, there is a lot of variety in the landscape, unlike in Ladakh. In addition, the view keeps becoming better and better as one progresses. Our next stop was Nako, where the man-made lake was more of a photo opportunity than a place to relax and soak up the sun. It looks better in photos than it does in real life. Still, the Nako Valley offers some stunning views, and should not be overlooked.

It was the most gorgeous road a rider could ever take, winding through valleys and riverbanks till we reached Tabo. Toward the end of the night, we arrived at Tabo. Good news: it hadn’t started raining yet! The Tabo Monastery, where we sought refuge, provided us with minimal lodging and delicious meals. This little hamlet was the site of its founding in the year 996 A.D. The nicest view of the Milky Way we saw during our entire journey was at Tabo. The rain and thick clouds made it difficult to see it from points higher than Tabo.

Dhankar Monastery was our first stop after leaving Kaza. A few rare blue mountain goats were also spotted as we made our journey. After a one-hour drive to the monastery, we continued on our way to Kaza. In a little valley around 15 kilometres before Kaza, a river meanders its way across the land. Relaxing for riders as they gaze out over a breathtaking landscape. The soft sand in this valley was the cause of two of our bikes getting trapped.

After a brief pause on the way to Kaza, we took the wrong turn and ended up 13 kilometres away at Hikkim. It took us about three hours to get there, and we had to deal with some tough off-roading situations, despite the fact that the distance was only 27 kilometres. It was the first time that the riders had encountered low oxygen levels, which resulted in regular bouts of weariness. In retrospect, this voyage was a blessing in disguise, as it prepared us for the worst that lay ahead by pushing our physical and emotional limits to their limits.

Visitors to Hikkim often stop by the world’s highest post office to send a postcard as a souvenir to loved ones. We arrived at Langza in 20 minutes from Hikkim, where we were greeted by two rainbows. Kaza is the first stop on the way to Hikkim, and it takes about 30 to 45 minutes to get there.

Riders were ultimately rewarded with wonderful food and drink at The Himalayan Cafe in Kaza, Spiti’s commercial centre. We decided to take a day off from our strenuous ride schedule to get our bikes checked for minor maintenance at The Traveller’s shed. Once you leave Kaza, there is no refuelling until you reach Manali; the world’s highest petrol station.

Today is a no-riding day for us. Rest, relaxation and grooming were the main activities of the day, which was the first in five days.

Following Kaza, we set out towards Key Monastery, the Spiti Valley’s most recognisable landmark, to seek prayers for the arduous journey ahead. The monastery is a must-see, not just for its spiritual significance, but also because of the breathtaking scenery that surrounds it. Before long, we realised that Key was the last tar road we’d encounter on our journey. From here on out, the roads were gone, and the track was a slick, rocky mess of gravel and stones.

The entire distance was traversed on the first and second gears alone. On a normal day, the water crossings appeared to be routine, but on this day, they sprung into life with torrents of water. After a few setbacks, we finally arrived at Chandratal Lake and slept in Swiss campgrounds. People with respiratory concerns should consider stopping at Batal rather than Chandratal because of the lower oxygen levels in Chandratal. Temperatures plummeted to -1 degrees Fahrenheit as the rain continued unabated. We were unable to fully appreciate the lake’s natural beauty due to heavy cloud cover, but the sense of accomplishment was paramount.

We got an early start to avoid the rising water levels at the glacier crossings, which become more difficult and dangerous for the riders as the Sun rises higher in the sky. I wouldn’t be wrong if I said that this was the most challenging terrain we had ever encountered on any of our rides, and it could possibly be the worst terrain in India after the notorious Northeast.

There were multiple river crossings in the first 40 kilometres, which were made up of stones and gravel. The majority of these crossings were produced by rain, except for Chhoti Dhaara, which is regarded to be notorious. Chhoti Dhaara, on the other hand, seemed like a piece of cake because of the recently constructed river crossings.

With rocks and stones shifting places on steep slopes as water flowed at full force, patience, skill, grit and guts were required to make it through. The cyclists were quick and responsive in aiding other riders of various organisations and even SUVs that were travelling through the same area.. Over the next 40 kilometres, we encountered our worst nightmare: a 40 km stretch of muddy, slippery, and slippery. Compared to muddy paths, riding on gravel, stones, and water was a breeze.

Gramphu was the only place where the riders spotted a decent tar road leading to Rohtang Pass, something they had been missing for the prior four days. Although we had reached the pinnacle of our happiness, the mud slush and boulder-strewn trail that led to Rohtang Pass washed us down quickly.

The 100 kilometres we had travelled had already drained us of our ability to breathe. The Chandratal to Manali circuit has seen the most accidents and falls.

As we neared Delhi from Manali via Sunder Nagar, we had an incredible sense of accomplishment. Like the cyclists, I dozed off peacefully, a smile on my face. “Blood ties you together,” as the saying goes. When you’re on the road, you become a family. 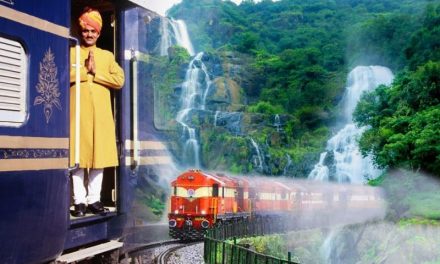 7 Wonderful Rail Journeys in India to Experience in 2020: Best Train Routes in India 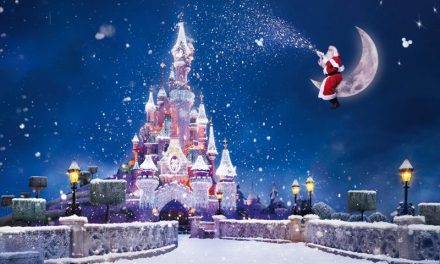 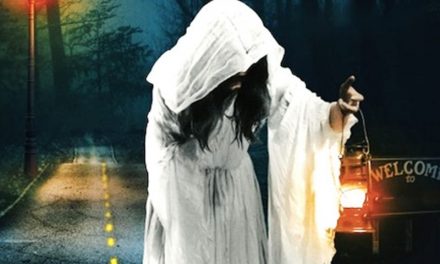