Most of us dream of exploring all of the top destinations in the world as we’re drawn to their popularity, all thanks to instagrammers and avid travellers who introduce us to ethereal places. But what if when the realization hits you that you’ve travelled the places that once attracted you, don’t attract anymore? There can’t be the worst situation for a travel junkie than coming back to square one when it comes to decide which place to travel next. If you want to get a taste of off the beaten path and explore places that are overlooked by other tourists, here is a list of too-good-to-be-true countries that you won’t believe exists. From island paradises to little lands wrapped between mountains, these tiny countries are big on scenery and culture. Visit these underrated countries and see it for yourself!

Also called the kingdom of the sky, Lesotho is an independent country landlocked by South Africa and easily accessible from Durban and Johannesburg. This small African nation is not only stunning or culturally rich but super affordable to travel too. Despite lack of motorways and fences, the mountain kingdom of Lesotho offers tourists with panoramic vistas. The rugged yet dramatic terrain of Lesotho serves as an ideal spot for hiking treacherous trails that can easily leave one dumbfounded. The best way to explore the land is getting a pony that takes you on a ride to this magical land with abundant wildlife, distinct culture, magnificent landscapes and rock art. Lesotho is a perfect adventure holiday destination for those who seek new territories to explore. Often-confused-with Lichtenstein, Luxembourg is a small European kingdom cockled between France, Germany and Belgium. A nation known for its fairy tale castles, forested valleys, cobbled streets highland areas and small villages, Luxembourg is one of the wealthiest countries in the world. The most popular and interesting place to tour around is Luxembourg City which is recognised by UNESCO for the eminent role it played in European history. If you think you can explore the country in a day since it’s so small, you’d be in for lots of surprises.

Luxembourg is a place that makes one feel as if they have just been dropped to a fairytale land with picturesque landscapes, impressive castles and alluring waterways. Even the nightlife of Luxembourg is enough to make you stay here for longer than you’ve intended. And ironically, this place is one of the most underrated travel destinations across the globe despite being utterly charming and gorgeous. Situated on the French Riviera, Monaco is the second-smallest independent nation on earth in terms of land area. You might have heard of Monte Carlo, which is Monaco’s main district and is famous for sports-car culture, glamorous casinos, exotic gardens and exclusive hotels. The principality of Monaco is a dreamland of an architecture lover with palatial, classic buildings and view of coastlines and mountains within easy reach. Monaco is a far cry away from a relaxing vacation; here you’ll get glitzy vacation amid casinos and nightlife. If your idea of exploring off the beaten paths that include urban glamour, then Monaco is the place you should be heading next for your summer vacation. Don’t forget to enjoy scenic routes as you walk along pretty coastal bays. Bordered by Italy, San Marino is an independent nation that boasts of its mountainous landscapes, Renaissance-era castles and blending mix of history and legends. Probably due to its small size, people think that there’s nothing much to do in this place and for this reason, San Marino gets a handful of tourists. This underrated country is very much a real-life fairy tale where rambling through the narrow stone streets makes one feel like taking a step back into history. There are quite a few places left on this earth where you can get a different perspective on life and San Marino is that place whose charm will make you wonder what life must really have been like hundreds of years ago.

If you are looking for an alternative to the Tuscan countryside, San Marino is the place to be. From the gorgeous old town clinging to the slopes, to the fertile soils of Emilia Romagna and the soft rolling hills of the Marche to the placid Adriatic Sea, San Marino provides a compensative offbeat travel experience.

Covered with lush forests and dotted with beautiful mosques, Brunei is a tiny nation located on the coast of Malaysian Borneo and is officially called ‘the sultanate of Brunei’ as it has been ruled by the same royal family for the last 600 years. Often claimed as a ‘boring place to spend vacation’, Brunei is in fact quite opposite. Its typical landscape features water village, palatial mosques, coral reefs, virgin rainforests, pasars and a list of food that looks and tastes identical to the Malaysian menu.

However, you’d be disappointed if you intend to spend your vacation with booze and enjoy nightlife because Brunei doesn’t have a vibrant nightlife. It is a place for those who wish to explore less travelled destinations in the world. The country bursts with photographic sceneries. Make sure to capture the essence of the place on your next offbeat adventure. The Principality of Liechtenstein is one of the smallest countries in the world that is sandwiched between Austria and Switzerland. This fairytale country is known for its seductive mountain scenery, ski resorts, quaint alpine villages, classic architecture and stunning castles. Liechtenstein is a constitutional monarchy led by Prince Hans Adam II and the last remnant of the Holy Roman Empire whose rulers once ruled over most of Central and Eastern Europe.

If you enjoy outdoor sports, you’ll face difficulty in choosing as the place has so much to offer for tourists that you won’t do justice to it by spending merely 2-4 days. At least spend a week exploring Liechtenstein’s trails. You can also join the royal family and their subjects for a beer in the gardens of Vaduz Castle on 15th August for the national holiday ‘Staatsfeiertag’. This pocket-sized principality is rarely on anyone’s bucket list despite being absolutely gorgeous. If you want to see a different dimension of travelling, Liechtenstein is the place to be. Landlocked between South Africa and Mozambique, Eswatini (formerly known as Swaziland) is a tiny yet diverse country known for its wilderness reserves, traditional arts and crafts, colourful festivals and natural landscapes that makes up for its lack of size. The land is considered as the world’s last true absolute monarchy where the majority of parliament’s members as well as the prime minister is directly appointed by the king.

As soon as you step your foot in this place, you’ll be welcomed with cheery smiles and happy greetings. The Swazi people are a friendly bunch who will make you feel at home and show you their culture and traditions. Not many people know this, but Swaziland is also a great place for adventure junkies who can enjoy adrenaline-inducing activities, everything from caving, hiking, river rafting, zip-lining or intimate safari experience. With rolling mountains, lush valleys and verdant plains, Swaziland’s landscape is a feast for the eyes. It is definitely the most underrated countries in the world in terms of travelling. Despite tourism being one of the most important economic sectors in the country, Georgia still doesn’t get tourists as it deserves. Home to several World Heritage Sites, Georgia is a great place to spend a laid-back vacation away from the crowd of the cities. The place has got everything in its store for every sort of traveller, whether a nature lover or history lover or offbeat adventurist and even food connoisseurs.

This underrated tiny country is dotted with picturesque villages, home-grown music and art festivals, signature breweries and wineries, ancient churches, hot springs, sulphur pools, historical buildings and friendly locals..there’s so much to experience in this peach state. Backpackers can navigate the place easily even on a shoestring budget. Georgians are proud of their national cuisine. There are several signature dishes to try at every price level. The food is mostly bread and cheese-based. So the next time you plan a trip, don’t forget to consider Georgia! Have you ever visited the least crowded destination in the world? If not, then Mongolia will show you what it’s like to explore a land with one of the smallest population densities in the world. Mongolia’s unique landscape features green steppe, vast flat plains, intricately braided rives, striking-blue highland lakes, dense pine forests, shifting deserts and snow-clad mountains. If this doesn’t sound exciting to you, what does?

Considered as the world’s last frontiers by many, the land of Great Emperor Genghis Khan is a dynamic mix of culture, nature and history. Whether you want to explore Ulaanbaatar or trek across the Gobi desert or ride through rich grasslands on a horse or experience a homestay with a nomadic family, travelling Mongolia is like going on an unplugged vacation where you get ample of time to reconnect with yourself.

Sandwiched between Ukraine and Romania, Moldova is one of the most underrated countries in the world that don’t have a lot of tourists around. Even though it is not easy to get there and you are likely to face trouble getting around or navigate the land, but it’s worth it. Believe us when we say that as the things you’re most likely to experience here will always be cherished by you.

This hidden gem of a place is packed with natural beauty and scenic views. From horse riding to hiking, sampling wine to singing and dancing with Moldovians and caving to kayaking, Moldova will give you a one-of-a-kind vacation. Despite having no access to the sea, this unusual and underrated travel destination does have a slither of sand on Chisinau Lake, located in the capital, Chisinau. So what if it’s a man-made beach and it’s in a city? You can close your eyes and imagine yourself standing on the coast. Nainital vs Mussoorie: Which One To Visit

10 Largest Malls in India 2022 that put smaller ones to shame! 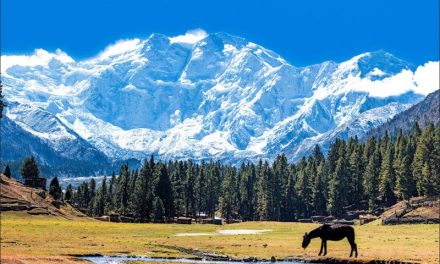 What I Wish Everyone Knew About These 7 Eco-Friendly Destinations