One of the world’s renowned cycling races, Tour de France has been called off for the first time in history since World War II. The decision to halt the three-week-long cycling race comes after France extended its nationwide lockdown till May 11 and prohibited public events till July 11 as the country is fighting Coronavirus that has infected over 1 lakh people.

The tour was set to start on June 27 in the Riviera city of Nice and then zigzag up the country towards Paris on July 19. Since the event is attended by thousands of people, this poses a greater risk of spreading the virus further among the public and the cycling teams alike, French President Emmanual Macron urged people to take the lockdown seriously.

Earlier this year, the cycling world got an idea of how bad it might be to host a grand tour during a global pandemic. In February, 2020 UAE Tour was cancelled after the fifth stage when two Italian staffers were tested positive for Covid-19. Every team was immediately quarantined, and many had to stay in their hotels for even longer than they had been racing.

Cancellation of Tour de France is no doubt a blow to the sport that relies heavily on sponsorships. Though the decision taken is right given the circumstances, the impact will be rough for this fragile sport. Started in 1903, the Tour de France has only been cancelled amid the two World Wars when no races were organized from 1915-18 and 1940-46.

Following the postponement of the Euro 2020 Championship and the Tokyo Olympic Games, the Tour de France is one of the last major sporting events not to have been officially moved this year. 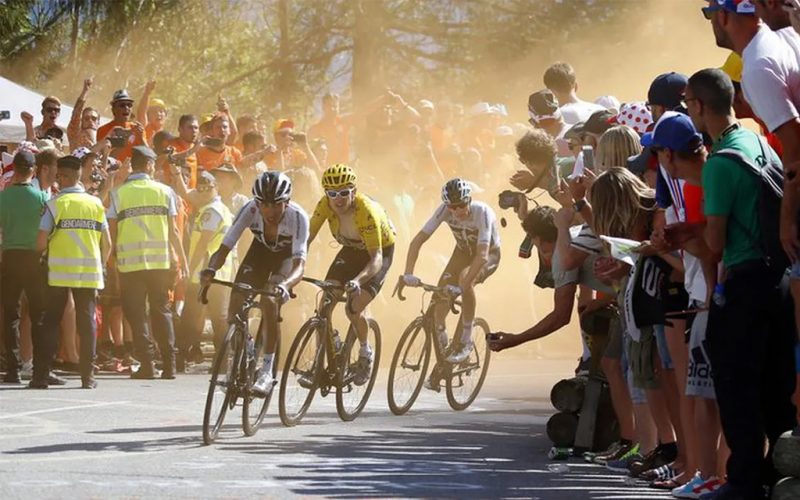