A Comprehensive Guide on Leh-Ladakh: Know Everything before Traveling

Leh-Ladakh is a dreamer’s destination. The unparalleled beauty of this desert land attracts travelers across the globe throughout the year. Travelling Leh-Ladakh is not everyone’s cup of tea especially when you have breathing problems. But, tourists these days are taking the risk to enjoy this magical land where peace and tranquility are not limited to papers or web but are actually felt. If you are a risk-taker or wanderlust or a tourist who wants to unravel the mystery surrounded by Leh-Ladakh, then this post will act as your guide. Tucked between the barren mountains, Leh-Ladakh is the region testifying the abundance rather than scarcity. It is indeed a Pandora’s Box with ancient monasteries, religious sites, palaces, mountain peaks, wildlife safaris, adventure sports etc. Let’s dive into this astonishingly untouched parcel of nature.

Leh-Ladakh is dominated by people worshipping is reflected in every part of their life. Agriculture is the main source of income of .  Ladakhi people believe in simple living and welcome tourists with warm hands. The hospitality shown by the locals will surely melt your heart and you would want to visit the place over and over again. The local language of the region is Ladakhi and you might encounter locals speaking in some areas too.

Food you must taste

You can enhance your taste buds with the scrumptious food of Leh-Ladakh. Here are some lip-smacking delicacies you must devour when on a trip to this heavenly place-

Festivals are a great way to know the culture, tradition and beliefs of people living in a particular region. Luckily, Leh-Ladakh is loaded with festivals that fill the atmosphere with merriment. The festivals of Ladakh testify the secluded and peaceful life of the monks. However, when they celebrate the whole region bask into the spirit of festivity.

Leh-Ladakh is best to be travelled in summers any time during April and June when the snow gets melted and colorful activities and festivals are happening around.  However, if you wish to see snow-clad peaks and frozen lakes/rivers, then winters would be the best time to tour the place. Travelling in monsoon should be avoided as it is the time when landslides are the most common occurrence.

November to March is the coldest months when the region is cut off from the rest of the world. It is advisable not to visit the place in these months. However, if you wish to walk the famous Chadar trek, these are the ideal months for that.

Shanti Stupa: This wonderful white dome-like structure is one of the chief landmarks of Leh-Ladakh.  Witnessing sunset and sunrise here is a soul-fulfilling experience which must be enjoyed by tourists no matter what. Shanti stupa was built by Japanese Buddhist organization to celebrate 2500 years of Buddhism and promote world peace. Located nearly 5 kms away from the main city of Leh, this peace pillar is best for meditation.

Magnetic Hill: Lying at an elevation of nearly 14000 feet above sea level and 30 kms away from Leh, this gravity-defying hill is a delight to experience that must be recorded in your video camera. Many theories have been put forward to explain why vehicles appear to roll upward on the hill when parked at a particular spot.  Some say it’s an optical illusion because of lack of a vertical horizon and faint backdrop. Others say it’s due to magnetic force which tends to draw objects towards it. But whatever these theories suggest, this place is successful in drawing tourists towards it.

Gurudwara Pathar Sahib: This hidden gem is one of the most mystical places to visit in Leh-Ladakh. Gurudwara Pathar sahib is devoted to founder of Sikh religion Guru Nanak Dev Ji, who bestowed his presence to this place back in 1517. The place is maintained by the Indian Army who also offers tea and cookies to the travelers who stop by the Gurudwara. The whole place has a magical charm that rejuvenates tired travelers. One must not miss the soul-satisfying langar served in form of Prasad.

The place has an interesting tale associated with it. As per the folklore, when Gurunanak ji was on his way to Punjab after touring Sikkim, Nepal and Tibet, he decided to stop over by this place. A cruel demon, who lived opposite to the hill was troubling the villagers and often scare them or eat them alive. When villages got to know about Gurunanak ji, they begged him for help. Gurunanak dev agreed to help the villagers and started delivering sermons leading to enrage the demon. The demon then threw a large rock on Gurunanak dev ji who was meditating at that time. As the rock approached the guru, it transformed into molten wax and took his shape. This infuriated the demon and he kicked the rock, to his utter surprise, his foot was imprinted on the rock just like it happened with Gurunanak ji. The demon realized his mistake and left the place, never to bother villagers or anyone ever again.

Pangong Tso Lake: This famous “3-idiots” lake needs no introduction. Ever since the movie came out, Pangong Lake is flooded by tourists round the year. You must visit the place to enjoy chilled crystal clear water surrounded by naked mountains and picturesque views. The place has an unusual charm which can be felt as soon as you step on its soil. Interestingly, Pangong Lake is also a breeding place to some of the exotic migratory birds. If you are planning to visit Leh-Ladakh during winters, make sure to attend the Ice skating festival organized here.

Hemis Monastery: Situated 45 km south of Leh, Hemis Gompa or monastery is an iconic monastery, a world heritage site and the biggest monastery in the region. The Gompa belongs to the red sect/dugpa kargyupta order of Buddhism. The place is adorned with colorful prayer flags, century-old paintings, copper-plated statue of Lord Buddha, vast courtyard and verandah which soothes one’s eyes.

Changla Pass: If you fancy high altitude and biking, then Changla pass is your ideal travel destination. The place is crowded with adventure junkies who want to get some adrenaline rush amidst the mountains. Being the 3rd highest altitude mountain pass, Changla boasts of a scenic landscape where imagination runs wild and is surrounded by captivating views making you lose yourself in nature.  The pass is protected by the Indian army and is clad with snow round the year. However, since the air is quite thin here, you shouldn’t spend more than 30 minutes here otherwise get ready for breathlessness, headache, nausea and other problems. You must consult your doctor before heading to this wonderful place.

Nubra Valley: On the north of Leh, lies a valley surrounded with green oasis villages, stark slopes, and harsh arid mountains. Diskit Gompa nestled on the edge of a desert on the Shyok-side valley is one of the major attractions here. The mountains are covered with snow throughout the year giving a breathtaking view. Don’t forget to enjoy bactarian camel ride and buying authentic pashmina shawls, artifacts, dry fruits etc. Since the area around Nubra Valley is sensitive, foreign nationals and NRIs have to obtain a Protected Area Permit (PAP) to enter the valley. Indian Nationals need an Inner Line Permit for the same.

Khardungla Pass: The pass is an important gateway to Nubra, Shyok valley and not to forget siachen glacier. It is also the hotspot for adrenaline junkies who love riding a bike and explore the place on wheels. As you ride along the pass, you will observe magnificent scenic beauty, silent surroundings, and treacherous curvy roads and if lucky, you might be able to capture rare species of animals.  The pass is closed with the arrival of monsoon and winters. However, this does not stop people from going there and feel on top of the world.

Leh Palace: This royal palace was built in the 17th century by King Sengge Namgyal.  The nine-storied mansion has stood the test of time and is still standing in its full glory. Revealing the medieval Tibetan architecture, the building is designed in such a way that it stays warm even in the harshest winters and cold in the scorching summer heat. You can enjoy the panoramic view of the entire city from here and click a few good pictures. During Galdam Namchot festival, the palace gets brighten up and is a sight to behold.

Spituk Monastery: This 11th-century monastery gives an enchanting view of Indus river and has several old relics, artifacts, idol of lord Buddha, Thangka paintings, festive masks etc. Spituk Gompa holds an important place for Buddhist monks and history buffs in general. During the Spituk festival, the place gets a new life and you get to learn more about the customs of locals, their dance, local cuisine and much more.

Hemis High Altitude Wildlife Sanctuary: A paradise of Wildlife lovers, hemis national park house rare and exotic species of flora and fauna. Here you can easily spot snow leopard which is the main attraction of the park. Besides that, you can watch bharal (blue sheep), shapu (Ladakhi urial) and great tibetan sheep along with several endangered species like eurasian brown bear, tibetan wolf and red fox. If exotic biodiversity tempts you, then you must visit the place at least once.

Lamayuru Town: You haven’t seen Leh-Ladakh if you haven’t visited lamayuru town. There are many alluring things to do in this small town. You can visit the century-old Gompa or get a candid shot of moonland or meditate in the serene ambiance, the options are endless. The aesthetically peaceful environment of lamayuru will no doubt leave you with unforgettable memories.

Alchi Monastery: Alchi is a place where traditions meet adventures. It is home to the oldest and popular Alchi monastery – a gigantic complex with three separate temples. Proximity to the Zaskar river makes river rafting a popular adventure sports activity among travelers and tourists.

Kargil War Memorial: Kargil is a place which witnesses the influx of tourists throughout the year. Tourists come here to pay respect to Kargil war heroes who died serving the nation. The war memorial in drass sector is a sure thing to travel by if you wish to pay tribute to these heroes. Kargil war memorial is engraved with the name of brave soldiers of the Indian army who gave their lives to protect Kargil which was forcefully occupied by Pakistani troopers in 1999 leading to massive conflict between both the nations including heavy casualties.  While touring Kargil, you may also check out Suru valley and the local monasteries representing Buddhism and the mystical culture.

Nimu Village: Located in the southeastern part of Ladakh, Nimu is a small quaint village where you can witness the breathtaking convergence of river Indus and Zanskar flowing quietly. It is one of the best places in Leh-Ladakh to have an enthralling river rafting experience. From here, you can take a tour to the Alchi monastery or gurudwara Pathar sahib.

Before traveling Leh-Ladakh by road or air, you must pack the essential items to prevent serious problems that are natural to occur in this high-altitude place. Here’s what you should include while packing your bag-

Dress appropriately when visiting religious places. Carry warm shawls or blazers if travelling the place in winters. For summers, pack cotton clothes or light clothes to beat the scorching heat of the region. 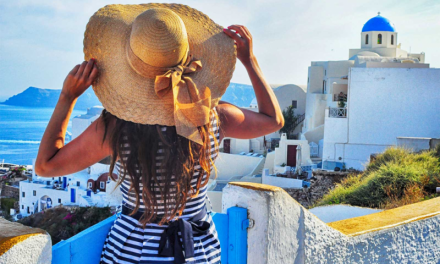 Eliminate Your Fear and Revel In the Benefits of Travelling: Advantages You Must Know! 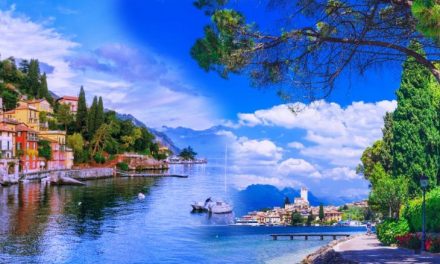 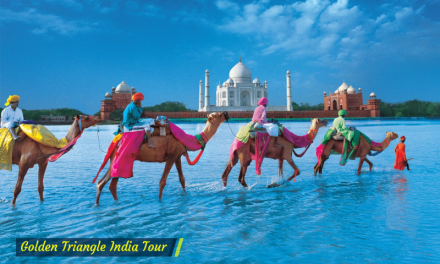 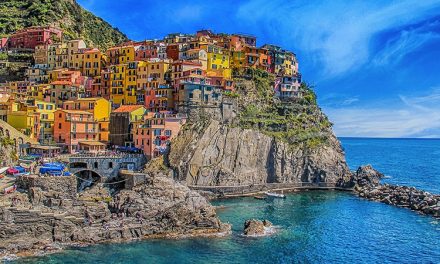