A land mostly famous for its sculptures and buildings all inscribed with images from Kamasutra but Chhattisgarh sings its own tell tales across the land. From its wide variety of vegetation and animals to the importance of faith in religion, the wonders of architecture and history, this state has it all.

It is not the mere sneak in the evolution of mankind but his place is among the few places in India which is not just proud of its past but certainly celebrates it to all the lengths possible. You can know when you experience it but here some of the unmatchable attractions from this ancient song of human evolution.

Being located in such parts of the country, Chhattisgarh is rich in both flora and fauna. Which is very evident in all the national parks and sanctuaries here. 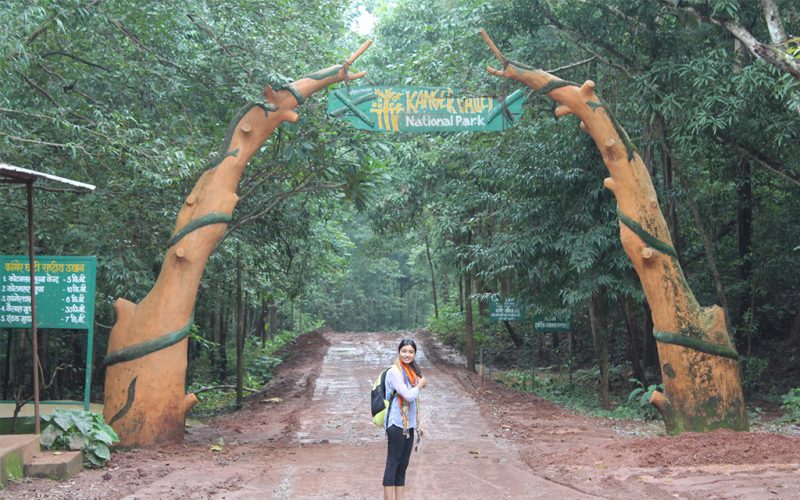 Made of moist rocks and rich vegetation Kanger Valley National Park is a home for Tigers, leopards, cheetahs, chinkara, black bug, and many other endangered species whom you might not have been introduced to before. 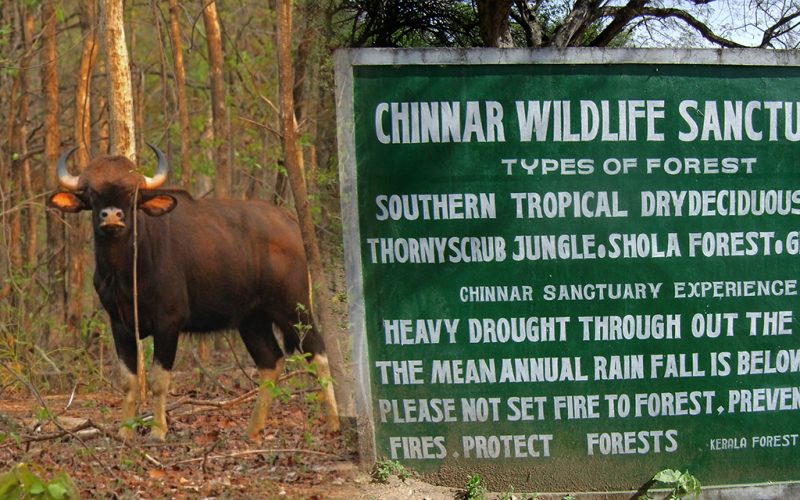 This wildlife sanctuary located in the north-eastern corner of the Raipur district makes the visiting point for a lot of tourists and wildlife lovers. A residing place for over 150 species of birds along with Porcupine, Cobra, Antelope, Wild Boar, etc. The rainforests’ exquisite creatures are waiting for you in this sanctuary. 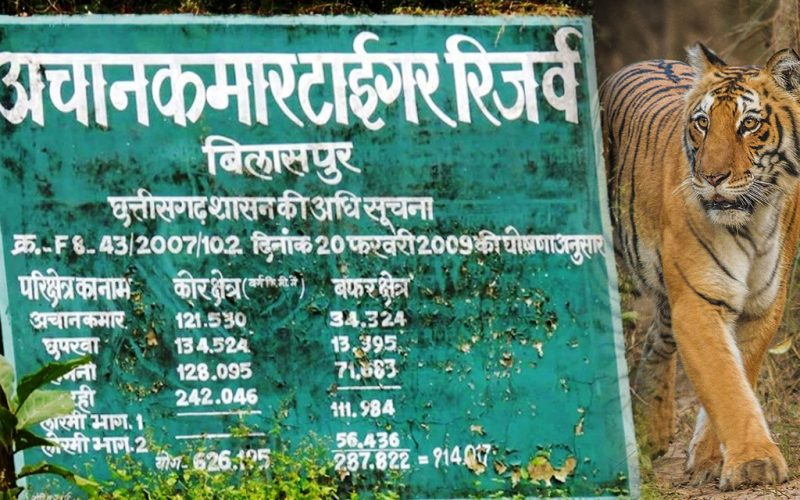 Though famous for its wide variety of tigers, Achanakmar Reserve’s treasures are not just limited to them but its’ a heaven for a botanist or anyone who loves a wide variety of plants because this reserve will give you over 600 plants of high medicinal values. If the flora of this reserve is so wide, why would fauna be left behind? The fauna of this region involves a collection of Wild Dog, Chinkara, Hyena, Sambar, Chita,l and the rarest Indian Giant Flying Squirrel apart from the Tigers.

If you thought that Chhattisgarh is any short of numerous waterfalls where the Gods pour their blessings themselves. Instead, it might make you all spellbound with all the kinds of waterfalls it has to offer. 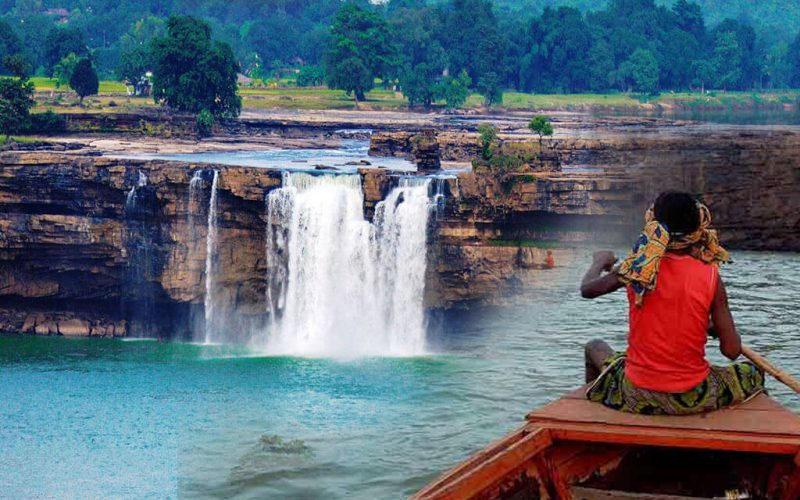 If by any means you have visited Chhattisgarh and you have left without having experience in Chitrakoot Waterfalls then you were absolutely wrong in making your itinerary. One of India’s largest waterfalls which can totally give a competition to the Niagara falls, Chitrakoot falls is made of the river Indravati and holds all kinds of aesthetic, medicinal, regional, and cultural values. The gigantic roar with which the waterfalls especially in monsoon season is a sight to behold. 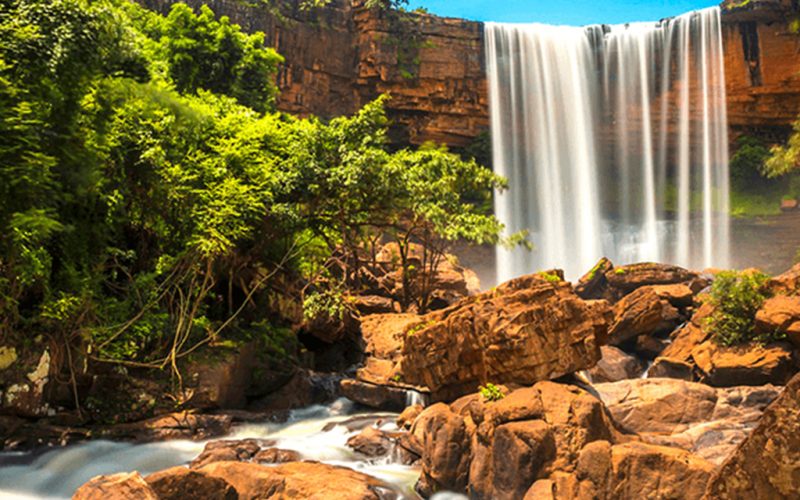 The best eco-tourism in Chhattisgarh, Tamra Ghoomar is not just made of rocks and mountains, looking at it feels like it’s built in the lap of nature. Surrounded by lush green vegetation from all sides and flowing like the beat in the music. This waterfall gives you a feel of a rare dance performance by water on the stage of nature. It’s tranquility with softer falls giving space for more buds to flourish. 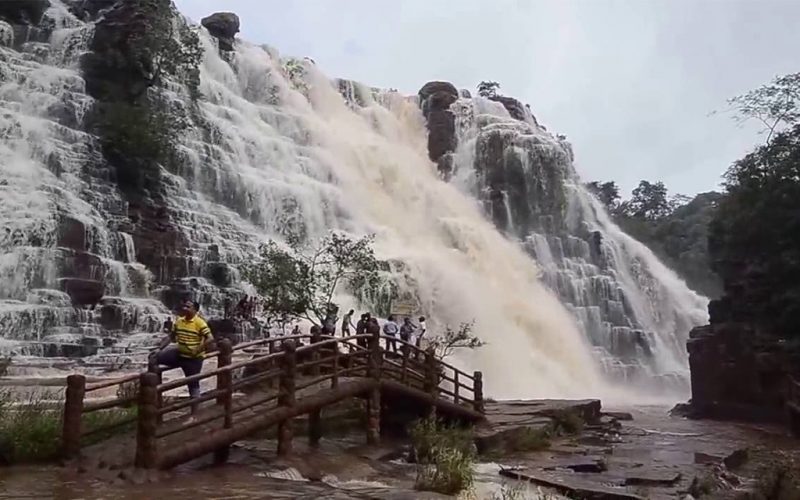 A pure mountain waterfall, teerathgarh waterfall feels like a foamy layer above a gigantic mountain from a distance. The speed of the water falling from above is so high that it has cut several rocks coming in its way from years. The waterfall simply falls like a little naughty child playing around and as soon as it touches the surface of the stream below it becomes all quiet and serene as it was never in motion. I am sure it will leave you wondering about it.

ALL DEVOTION AND FAITH

Just like any other region in India, Chhattisgarh has a wide variety of temples and places filled with devotion. The ancient kings of this region turned every stone that they have found into architectural delight which makes them a must-visit. 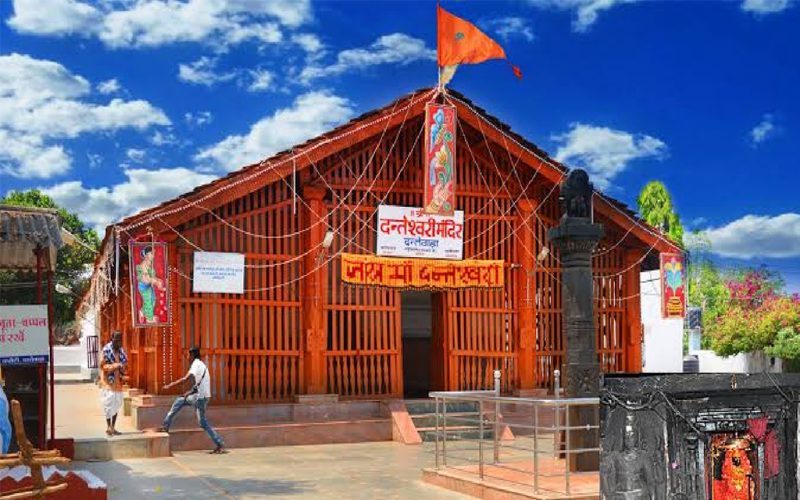 A must-visit for all the devotees, Danteshwari temple is one of its kind. Among the 52 shakti -peethas spread in the country, it’s faith is that the dant of Sati fell in this place during Satyug. The Goddess Danteshwari is brought to the surface every year at the time of Dussehra and hence people from all over the country visit the place during these festive times. 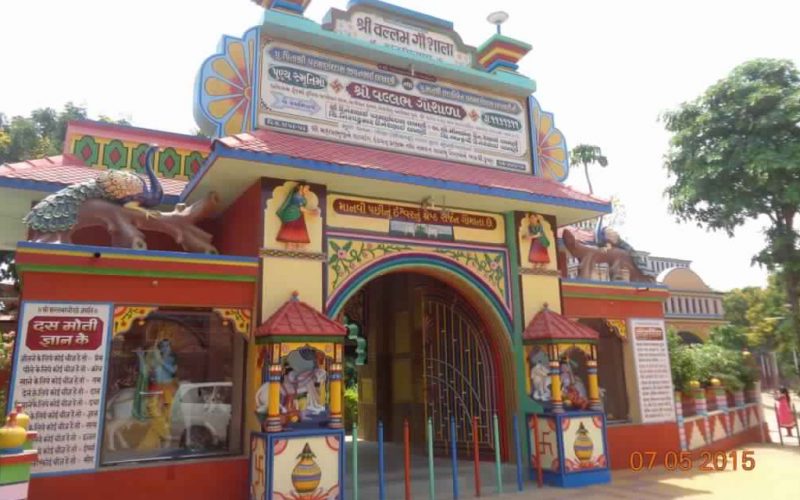 Spread into a large area with longer porches and walking space, all bordered by walls adorned with colorful marbles and multiple designs with beautiful marbled floors, the Champaran temple is not just a place for faith and devotion but an architectural masterpiece. Hence a visit needs to be paid here whether it is to get your chakras aligned or to take interior designing notes. 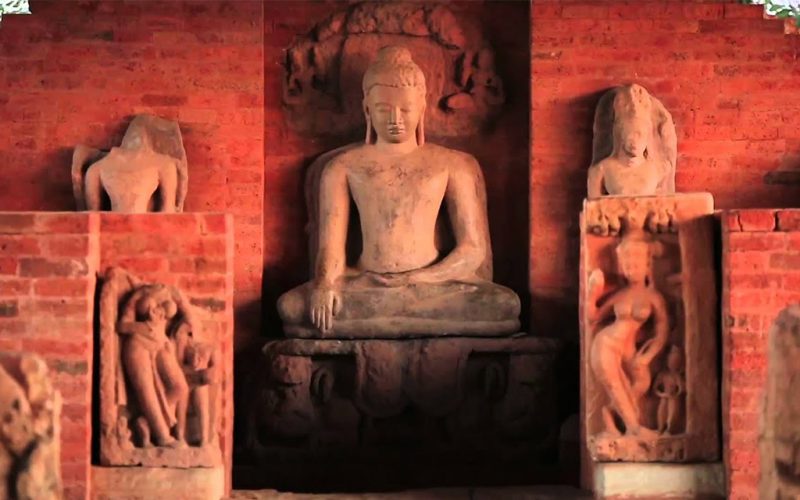 Older than Nalanda itself, Buddha Vihar in Sirpur is not just a devotional spot but is a place with high vibrations and of meditational value. There is a 6 ft idol of Lord Buddha placed inside the temple is the perfect meditation posture sitting in its solitary ruins. It is also known as the meeting point of Awlokiteshwar and Makarwahini Gange. 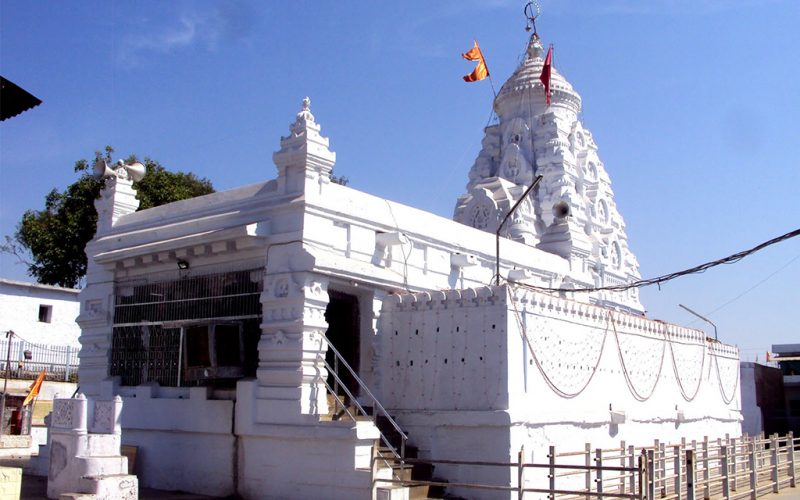 Rajiv Lochan temple made of pure white walls and domed from outside and as you enter, the four well-sculptured walls will welcome you reminding you that you are in the land of Chhattisgarh which has flourished with masterful art and design. It is a very famous location for devotees and not just regional but people from all over the country visit here to get the blessings of Lord Vishnu.

The four different complexes according to different stages of marriages are a sight to see. This architectural marvel depicts that marriage is simply not an affair of pomp and show but is the union of 2 souls. 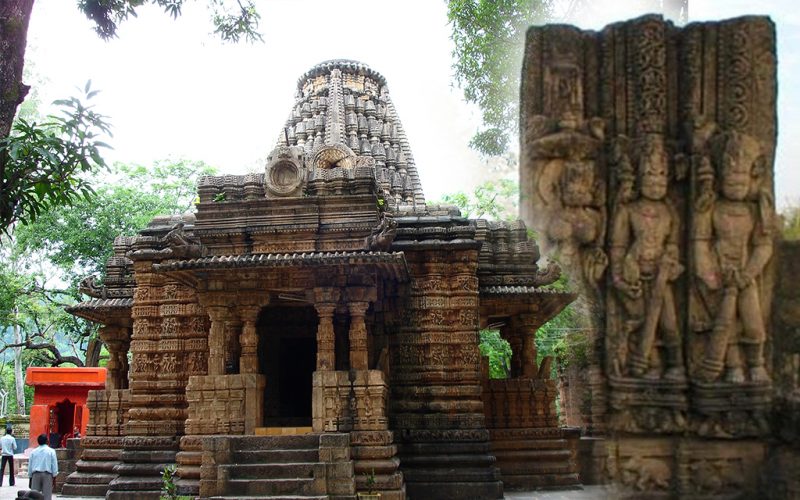 The first temple made in the 2nd and 3rd century, Istaliq temple is made of dried and burnt clay bricks and gives Bhoramdeo temple an entrance hall, the main hall, or a mantap as it is called in the local language. There are 4 peaks or pillars kept in the hall and a large shiva linga in its magnificence is erected over them.

After a long mantap hall, an open-air museum is built specifically for visitors to showcase all the idols and ancient sculptures that were found when this old land was dug up by the people. This place simply signifies our century-old culture. 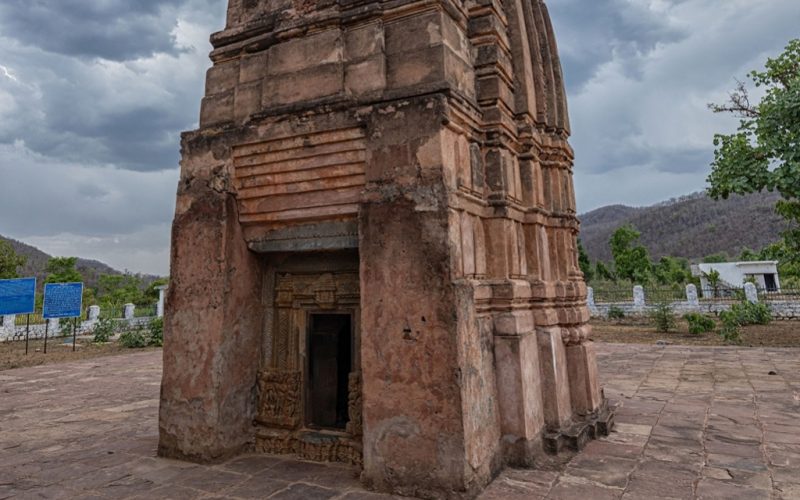 Another marvel is not very visible to the eyes at first sight as this shiva linga is placed in the dense forest, so you might need to take a little stroll through the jungle of the land to have a look in the marvelous creation that Cherki Mahal is. 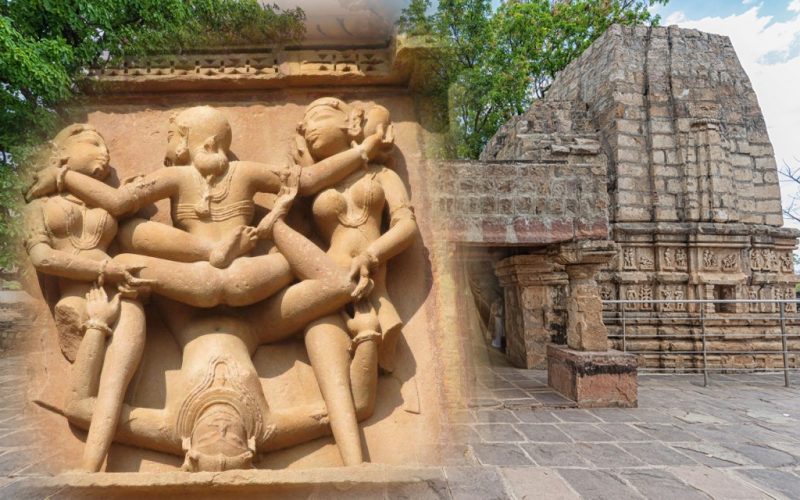 Adorned with 54 kamasutra images on the outside walls, it is shaped like a pandal of any marriage ceremony in India. Or the altar as the foreigners call it. There is a huge sanctum sanatorium in the main and a wide hallway to get there. Here you will find similar images but smaller in size made by local artists of the state. This temple was made to rejoice the wedding of Nagwanshi king Ramachandra Dev and the Haiawanshi Queen Raj kumari Ambika Devi which happened back in 1349. 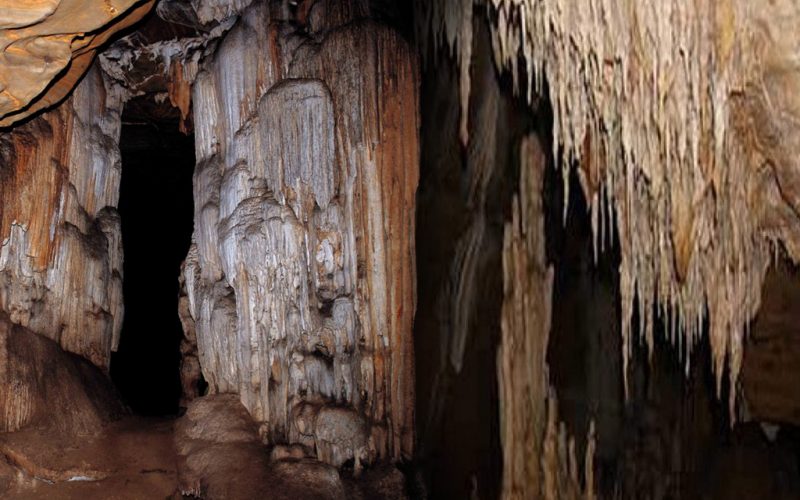 Located near Tirathgadh waterfalls, Kailash Cave is an underground cave that is approximately 40 kms from Jagdalpur. This cave takes you on an evolutionary adventure of the formation of limestone and selenite rocks. With a guide and a torchlight, you will experience the beauty and time warping the creation of hanging selenite rocks from the walls of the cave. It needs to be noted that it takes almost 6000 years for 1 layer to be formed in this cave. By the process of continuous dropping of salted water inside the cave. With all the greenery outside and surprises inside you need to brace yourself for a Bear Grylls kind of an adventure here. 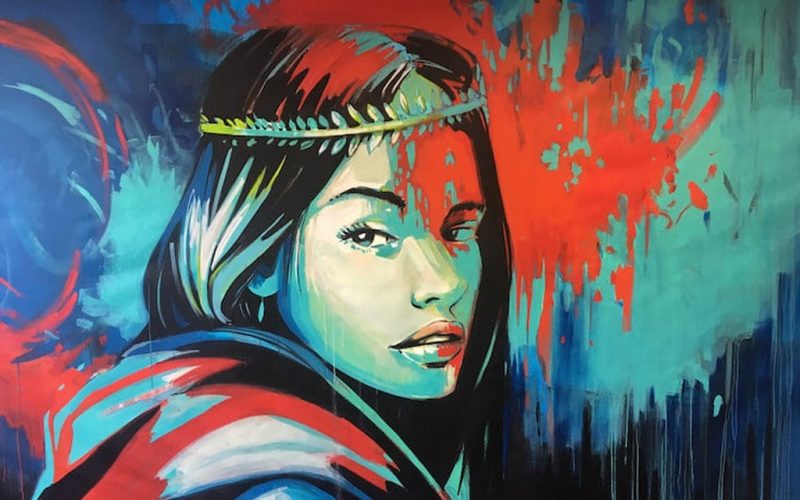 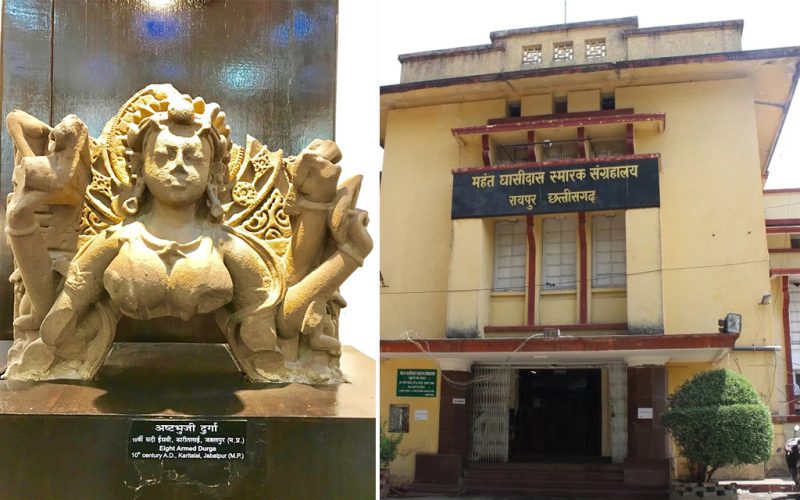 If you are interested in history and archaeology then this place must surely prove to be your paradise. Located in Raipur district and established by Raja Mahant Ghasidas, this museum is an absolute treat to your eyes with its art and crafts, painting, sculptures, etc. The main attraction of this museum is the library on the second floor whose collection of coins, images, inscriptions, and vivid knowledge on various creatures as well as vegetation on earth speaks for itself.

Spread across 14 acres of land, this beautiful van was made in the memory of Rajiv Gandhi in order to spread awareness for natural resources and environmental sustainability. This place would be your destination if you want to simply take a stroll in nature and its blessings without any disturbance. 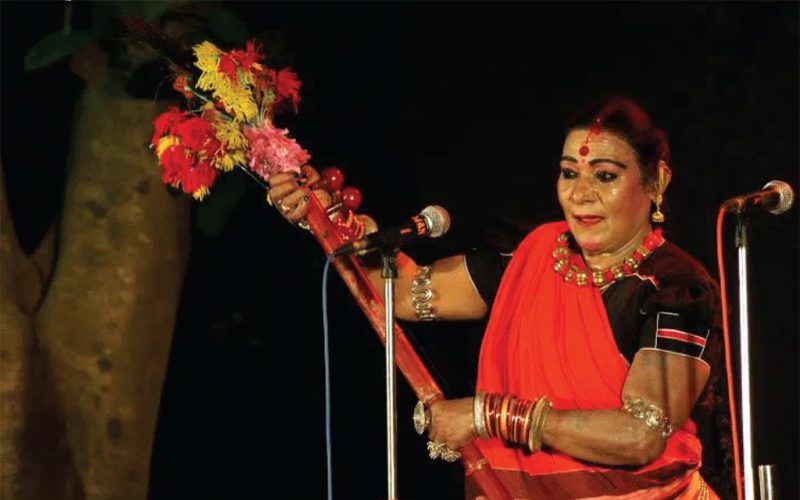 If you are a fan of great Indian mythologies and in absolute love with all the lessons that Mahabharat depicts, then this festival could be your return gift from Chhattisgarh. A stellar evening filled with different dance forms and regional music consisting of Raut Nacha, Dewar Nacha, Pandawi, and Padki along with Panthi and Soowa is all delight to watch. 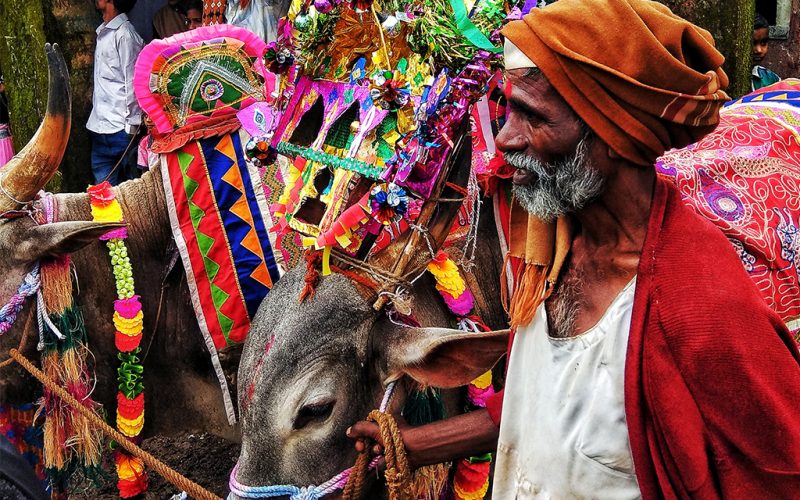 A pure regional festival but is a must go as without it you might not be able to get the entire cultural taste of Chhattisgarh. It is a festival for bulls or pola as it is called in regional festivals and is celebrated to get blessings for a good harvest. The main attraction of this festival is the bull race where they are decorated with colorful clothes and garlands. The men of the land participate in the arrangement of races while the women make local dishes and celebrate teej for the same. 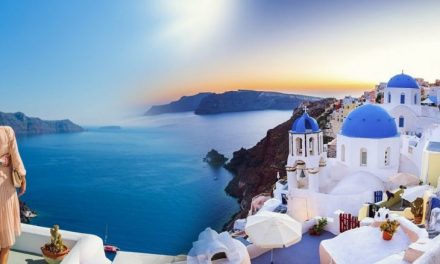 SANTORINI: A COUPLET OF TWILIGHT SKY 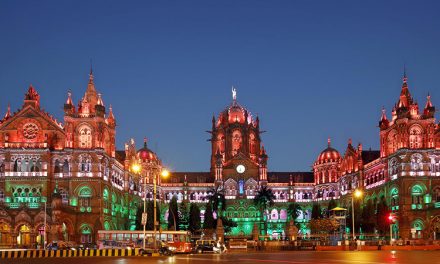 10 Weekend Getaway Ideas For Mumbaikars|Places To Rejuvenate Yourself 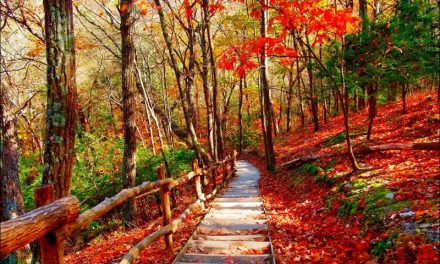 10 Awesome Places to Visit in October for Globetrotters