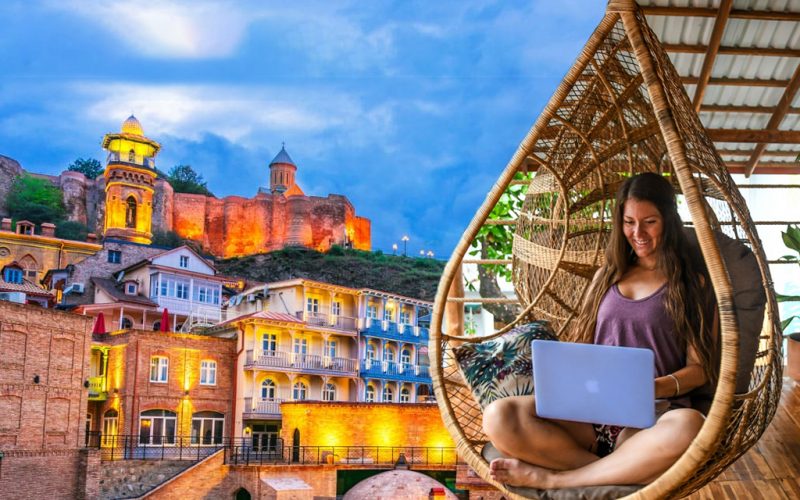 There is something special about small towns. If you are tired of exploring cities and looking for a change, then travelling to these astonishingly beautiful towns will not be a bad idea. These small towns are actually big in terms of- natural beauties, folklore, laidback vacation, culture, and preserved iconic buildings that can make anyone go mad over them. So much so, that you won’t be able to resist visiting them again and again. It’s high time to ditch the road to the cities and pay attention to these small towns for unforgettable memories.  No matter if you seek a place with a truckload of relaxation or adventurous places that have not yet flooded by tourists, these utterly gorgeous villages and towns have got you all covered.

Manarola is the most romantic of the Cinque Terre villages primarily known for its sweet Sciacchetrà wine. With rugged coastlines, medieval relics and brightly painted houses at the coastal shores, Manarola is a dream destination of many. The place lacks the noise of cars, traffic and humdrum of the cities which is a welcoming change for you if you wish to enjoy a laidback vacation.

Dubbed as a traditional fishing village, this tiny town boasts of its rainbow-like boats adorned on its harbor, massive markets, and centuries-old buildings. There is not a single modern building to spoil its unique appeal. The town is the major supplier of fish to an important island nation sitting on the Mediterranean Sea.

Hallstatt is quite a spectacular town that is tucked between the glassy lake Hallstatt and the lofty Dachstein Mountains. This alpine town is a dreamer’s land with bountiful landscapes, tiny cottages, rolling hills, lakeside villages, beautiful old churches and a museum with 7000 years old artifacts. Hallstatt is Austria’s most prized possession with a gorgeous and ethereal setting that pulls tourists towards it. It’s a perfect getaway destination to escape the humdrum of the cities.

The remote wilderness of Reine, a small fishing town in Norway is highly regarded among wanderlusts. From sapphire bays to towering fjords, the panoramic views of Reine never cease to amaze anyone. Gazing the never-ending sea from bright red cabins is a non-tiring task that will keep you occupied let alone exploring the region. At night, you can witness the northern lights in the clear sky of Reine. Unspoiled from tourist evasions, Reine is more than mere an offbeat paradise on earth. For a laidback vacation, there could be no other better option than Reine, the enthralling beauty of which speaks volumes about the land.

Burano is a cheerful Technicolor town that has a tropical appeal to it that will never cease to amaze you. It’s basically an archipelago with four small islands linked by bridges and crossed by three canals. The beguiling place is popular for its handmade lace and its peculiar tradition of house-painting. The town is primarily a fishing village. Since the thick fog of lagoon made it difficult for the fisherman to identify their houses, they started painting their houses in vivid colors. To paint their house, residents even today have to get permission from officials wherein the officials would suggest a list of colors to be used otherwise they will be fined heavily. Sound interesting right?

On the bank of the river Coln in Gloucestershire County of England, lies a little town named ‘Bibury’ that gives you a picturesque view of weavers cottages (believed to be of 17th century) ‘Arlington Row’ overlooking the lush meadows and steeply pitched roofs. The town is the most pictured one in England and continues to attract tourists from across the world. A walk along the ancient stone cottages is something you will never forget in this life.

The old town of Annecy greets you with its pastel-colored houses and cafes lined at the tip of the charming lakeshore of Annecy. With winding canals, cobbled streets, bright flower boxes and awe-inspiring views, Annecy gives one a feeling of being pulled into a dreamland. This magical alpine city is also called ‘Venice of the alps’ owing to the river and canal that passed through the town. You can stop for a croissant at a boulangerie, or devour an ice cream at one of the town’s many gelaterias or even spend the afternoon watching people and admiring the architecture. There is nothing that will not make you yearn for more of this idyllic town.

Giethoorn is the most eccentric village in Netherlands which can’t be explored through a car or a bus but only via boats/punters. There are however, bicycles and walking trails to reach the centuries-old thatched-roof houses each making a private island by the old-world canals. The dreamlike tranquility of this tiny hamlet is going to steal your heart away. The mesmerizing landscape of Giethoorn is an absolute treat to the eyes.

The cozy and sleepy town of Goreme is dubbed as the ‘cave town in the fairy chimney valley in Cappadocia. Packed with weird rock formations, crisp weather conditions and tranquil environment Goreme is the most popular small town in Turkey where riding a hot air balloon is an experience that must not be missed at all. The extraordinary landscape of Gerome is going to make you fall hard for it. Want to risk your heart? Head out to Goreme and see it for yourself.

Pucisca from time and again has been mentioned in several renown magazines as ‘one of the most-prettiest small towns in Europe’. With barely a population of 2000, this tiny town is adorned with gleaming white stone on the island of Brac and protected by a cove. From the waterfront, the island rises quickly and appears to look like an amphitheatre. You can visit the pristine beaches, enjoy the picturesque landscape of coves, soak vitamin D and enjoy a drink in the sparkling Adriatic Sea. Pucisca is a heavenly town that will never leave your memories.

Not many know this, but Cesky Krumlov is a magical destination tucked in the lap of the Czech Republic that is waiting to be explored. This quaint yet colorful small town is set along the banks of river Vltava and is constructed around a 13th-century castle with elements of Gothic, Renaissance and Baroque architecture in it. It is undoubtedly one of the most picturesque towns in Europe that is untouched by tourists yet. So heading out to capture the beauty and essence of this town should be your #1 priority before it gets invaded by tourists.

Dinant is one of the most whimsical towns that remind one of those feel-good towns illustrated in fairy tales and fantasy movies. Sandwiched between the Meuse River and its citadel, Dinant is backed by steep cliffs and is popular because of its grand architecture and spellbinding views from the mountaintop fortress. Don’t forget to drink a wide range of Belgian beers and gorge upon those drool-worthy chocolates when visiting this magical paradise of a town.

Wrapped in the high vine-clad slopes of Moselle Valley in Germany, Cochem is swathed with timbered houses, quaint wine villages and scenic natural landscapes that have the power to unleash the romantic inside you. Medieval gates, gabled slope alleys, riverside walkway, scurrying streets and toll castle enhance its beauty to a greater extent.  Moselle region is best known for Riesling grapes used for producing Germany’s finest white wine. This charming town appears to have emerged straight-out-of-a-fairy tale and deserves to be explored once in this lifetime.

Located on the foot of Mt. Haku-san, Shirakawa-go is an ideal Christmas village blanketed by a thick layer of snow. When you look closer, the gingerbread looking houses will turn out to be thatched roof ones. Regardless of this, the view of the majestic mountain, cold river, buried vegetation looks not only appealing but eerily calm. The wildflowers in summer spread its aroma and make the entire region feel like a potpourri dish. Shirakawa-go is a must to explore place on earth and is by far the most ethereal one in the country.

Suzdal in Russia is one of the most fascinating places on earth to relax and enjoy what nature has to offer. The 13th-century nativity cathedral with an onion-like domed architecture is one of the iconic sites of the region. This small town is part of the Golden Ring cluster of ancient towns is a great start to begin the quest for understanding Russian history. If you yearn for solitude and tranquility, heading to Suzdal is not going to disappoint you ever.

All about Jaipur- Places and Food you must explore!