Throughout history, outbreaks of several diseases have ravaged humanity thereby changing the course of the world and its history.  As civilizations thrived, so did infectious diseases that led them to their end. The ongoing spread of Novel Coronavirus has made people lock themselves down to their homes to prevent further spread of the infectious disease that has taken millions of lives till date. But Coronavirus is not the only pandemic the world has ever seen or known, there have been more deadly pandemics in the past the world has witnessed. Here are 5 deadliest epidemics in the history of mankind that’ll leave you baffled.

Known as one of the most devastating pandemics in history, the Great Bubonic Plague a.k.a Black Death hit Europe in 1347 claiming almost 200 million lives over just 4 years. It was believed to have caused by Yersinia Pestis bacteria that is commonly spread from the bites of infected rats and fleas. From there, this plague touched humans causing fever along with buboes (swelling of the lymph glands). Bubonic plague is also called Black Death because it produced a reddish spot on human skin that eventually turned black.

The plague killed 1/3rd of the world’s population at that time. Plague victims faced symptoms like boils, fever, chills, diarrhea, ache and pain.  So rapidly the disease spread that even one infected person could infect the whole world. Even cemeteries ran out of space to host the bodies that stay littered on the streets. The epidemic ended up tearing apart families, collapsed businesses, bankrupted states due to loss of taxes and desertion of villages. The term quarantine originated during this period and was practised first by westerners. With the horrendous magnitude of horrors this pandemic inflicted on the world, there is no wonder that the Black Death is recognized as history’s worst pandemics. 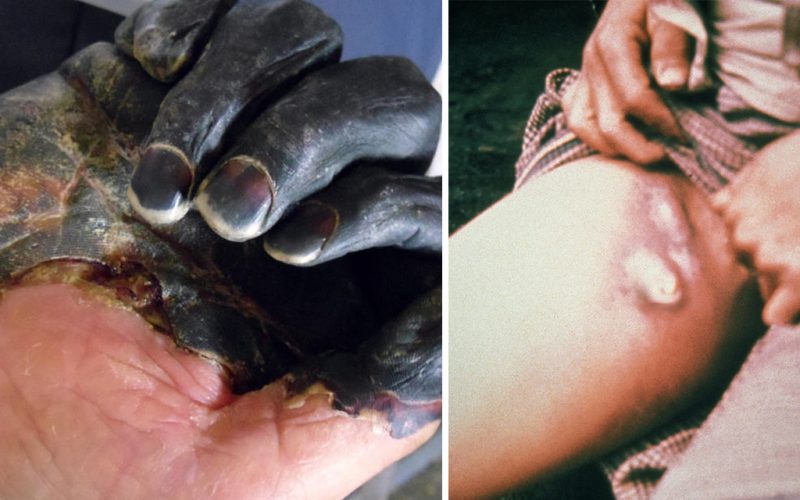 Small Pox was a menace for centuries particularly in Europe, Asia and Arabia where three of every 10 infected people died. It is said that this pandemic was introduced to the new world by the first European explorers. In North and South America, the disease took nearly 100 years to vanquish 90 percent of the indigenous population. This is one of the main reasons how Spanish easily conquered the Aztecs and Incas.

The deadly virus arose in Northeastern Africa and spread through the air, attacking skin cells, lymph nodes, spleen and bone marrow of its victims. Infected people developed symptoms like vomiting, fever and rashes. Those who survived the disease bore rashes and boils for the rest of their lives. The fall of smallpox began all the way back to 1022 A.D where a Buddhist nun in China used a procedure called ‘Variolation’ to treat people infected with the disease and eventually, in 1976, Edward Jenner gave us a groundbreaking and permanent solution to small pox. 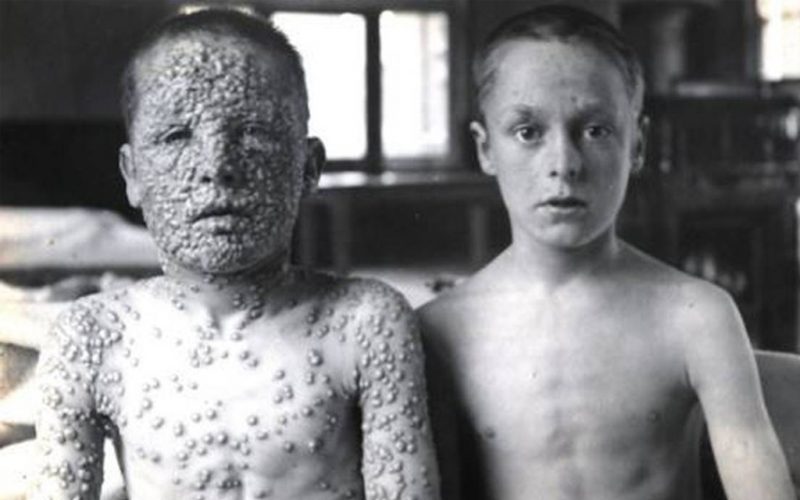 The Spanish flu has been labelled as one of history’s worst natural disasters.  The disease spread around the world between 1918 and 1919 caused by the H1N1 virus and took approximately 50 million lives worldwide. The CDC estimates that about 1/3rd of the world’s population were wiped by this infectious disease. In 1918, infected people experienced fluid-filling lungs and pneumonia and they were dying within hours and days of developing symptoms. People were spurting blood from their ears and nose, their face turning blue or purple and dropping down in the streets.

It was the time when quarantine was imposed and people were ordered to wear a face mask until the virus died. It is said that the pandemic lowered the average life expectancy in the US by more than 12 years. Spanish flu is also called the 1918 H1N1 flu, the deadliest pandemic of the 20th century. In terms of casualties, Spanish flu overtook the casualties caused in the 1st world war. 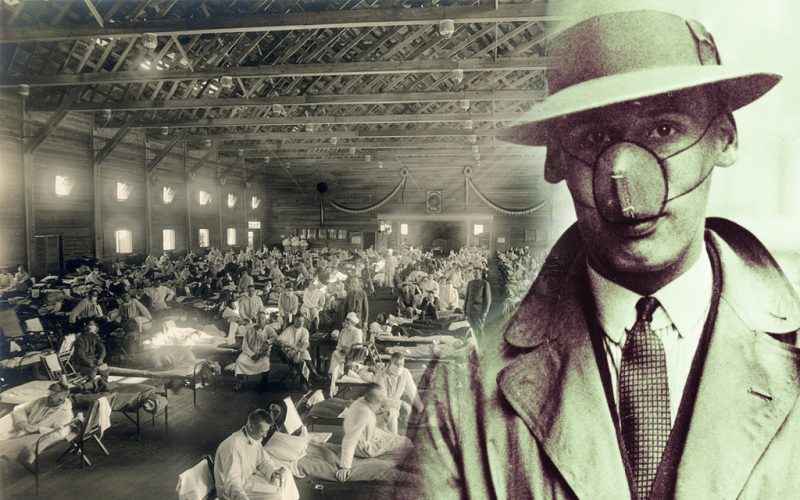 The unlucky victims of this disease suffered through hellish final days with severe dehydration, vomiting and diarrhea being the main symptoms. With the most deaths of any 19th century epidemic, the third-world Cholera began in India and spread across Asia, Europe, North America and Africa to countries like Russia where over 1 million people died. In 1854, British doctor Jon Snow discovered that it was contaminated water to be blamed for cholera. This breakthrough eventually allowed officials to control the pandemic. The disease took thousands and thousands of lives across the globe, 23,000 in Great Britain alone. 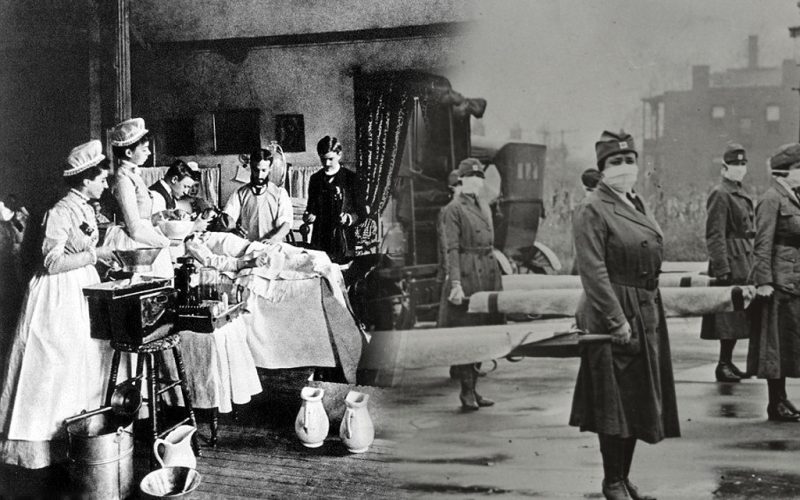 Theorized to have spread from primates to humans sometime in the 20th century, it was in the early 1980s that the disease was detected and named in the USA. Despite early ignorance that the disease was exclusive to homosexual males and intravenous drug users, AIDS attacked those who didn’t take precautions indiscriminately.

Today, the CDC states that HIV/AIDS has grown to pandemic proportions with more than 50 million people infected worldwide especially in sub-Saharan Africa, where the situation is pretty daunting. Fortunately, scientific advancements in recent years have made it easy for infected people to extend life a bit longer. Scientists have been making headway in terms of treatments and possible vaccines. 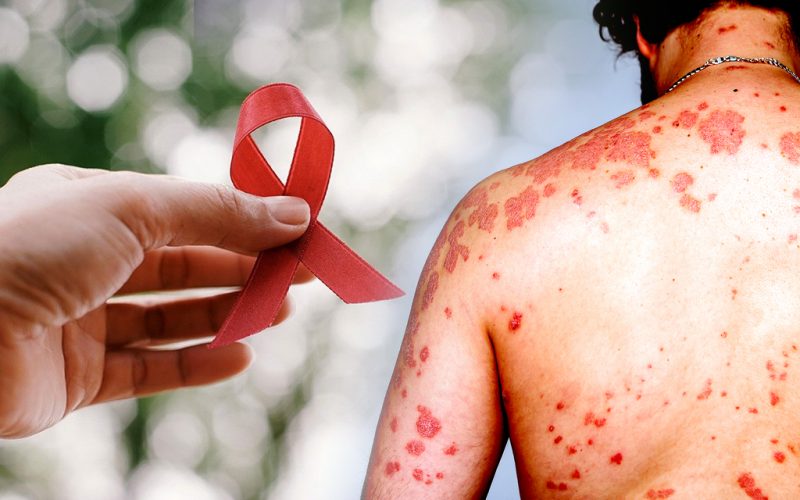 Looking back to the hundred years of epidemics invites one question of how well we are prepared and protected against future pandemics. The present situation of Novel Coronavirus shed a light on our poor health infrastructure and systems and also how our planet is avenging as we keep on neglecting ecological imbalance and tons of environmental issues we’ve brought to it.

5 Peaks Every Adventure Addict Must Summit Once In A Lifetime