Travelling is so much fun when you travel by your own vehicle, train or by plane. You can always get to comprehend novel little things from going to places and simply pondering about the environment. You get the Best Airports in India 2018 which are appreciated throughout the world. These are the ones which you ought to visit as soon as possible.

It is said, ‘Travel is more than seeing of sights, it is a change that goes on, deep and permanent, in the in the ideas of living.’

The quote is not just a saying but holds a great meaning. This says that a person changes according to the places he has been through and people he has met. It is also about the places you reach and how. When you travel to some place new, the first thing that you make out is from the airport of the place.

You judge how modern and technology equipped the place is. India has so many airports that need to be seen which are adorable. They are appealing and every minute things are captivating from paintings to the furniture and infrastructure. Here are those amazing, pleasing and Best Airports in India 2018 which must be seen at least once.

Top 10 Busiest and the Best Airports in India 2018 you must visit.

Indira Gandhi International Airport in Delhi is one of the most famous and well-known airports. Not just in India but around the world and also biggest one in India. The footfall of passengers is more than 30 million per year which is huge. ACI’s Airport Service Quality scales Delhi airport on 4.9 out of 5 which was measure by 300 members of ACI ASQ benchmarking programme. This is due to the courteous staff that the airport has and due to the facilities like ‘Park and Fly’, parking lot of 5, 000 cars and if you left the luggage behind, you can get it.

Rajiv Gandhi International airport in Hyderabad is one of the Best Airports in India 2018 having world class facilities and around 10 million passengers per year having 9 gates on south side and 2 gates on the north side. Apart from the general introductions, RGI airport is was the first one to provide the live e-boarding facility for domestic passengers. They can decide where they want to sit through online check-in.

This isn’t less that they have a go-cart campus where travelers can spend the night, which is a great time-pass option. You can also get duty free shopping in the mall called as an airport village. Till you have come close to flight timings and check-in, you can spent the time in luxury. Watch 4.6 km runway while you are in the flight and enjoy the view.

One of the biggest airports in India and which the travelers must visit is Kempegowda International Airport in Bengaluru. The airport is huge in a space of 4, 000 acres of land. You can have every facility you can dream of and be comfortable at your stay before boarding the flight.

The recent news about Bengaluru International Airport is that they might roll out facial recognition facility for the passengers in order to make the boarding procedure paperless. If we talk of the interiors of Bengaluru International airport, the infrastructure is worth every penny. The moment you enter the space, you get the sparkling of the lights and a whole new world of people sitting at the waiting area or shopping at the stalls or shops

One of the Best Airports in India 2018 as well as world recognized airport is the CSI Airport in Mumbai, named after the first king of Marathas. The wooden ceilings, golden colored entry ways, works of ancient and Indian artists is what will take your heart away. The luxury provided in this airport is you can spend hours waiting for your flight to take-off. You will also embrace the colors and the lighting of the space.

First, you have to pass the security and show all documents regarding ticket. After that, you are free to roam anywhere inside the airport, passing time. You will also go through the 3 km long wall of 18m in height which is India’s largest public artwork programme. The lighting is set up in all golden shade which is being suited to Indian taste.

You can charge your mobile and proper spacious seating spaces are available. If you have not been to the airport, you must visit it as it can refresh your heart and mood in the perfect way. What more? You can shop at the airport which has different stall of confectionery items of luxury items including fragrances, shades, clothing etc.

Chennai International Airport, one of the well known and famous airport considered under Best Airports in India 2018 which handles around 10 million passengers per year. It has been named ’52nd busiest airport in Asia’. The people who have visited the airport knows the relevance of the place and the great facilities it provides with an awesome infrastructure with huge space offering waiting area, shops and entertainment facilities. You can charge your phones whenever you want. You are given every facility which one can comprehend.

The Chennai Airport has the shade of the lights soothing to the eyes at night. The authorities are very cooperative and courteous who helps people whenever in any dilemma. You must visit the airport when you visit the city. It is as beautiful as the city and its destinations are.

The most attractive fact about the airport in Lakshadweep is that it is in the middle of Indian ocean. The airport is not of large area and can also be covered by bicycle, too. Agatti island is 7 km long which covers one passenger terminal and served with only two airlines which are Alliance air and Air India.

The interesting feel comes when the captain announces the landing. You stay astounded by watching a strip of land sticking out like water. That is when you actually smile and understand that this is the airport you have to land in. This is the smallest airport in India.

You can just imagine how can the 22nd highest commercial airport in the world can look like. This is one of the highest airports in the world at 3, 256 m 10, 682 ft above sea level. People generally go through bike or cars in Leh but they can  reach directly by air which is very convenient. The airport has all the securities of Indian Army due to its location. It has the most beautiful scenic views while landing and take-off.

The airport in Aizwal is easily accessible to everyone where you can reach through private vehicle, cab or local transportation. The airport has been connected to Guwahati & Kolkata which runs for three flights a week with Imphal. This is the first airport built by the State Government. Air India and Jet Airways are the airlines connected to the cities.

Lengpui Airport  gives a beautiful view which you should capture in your camera. The airport is around mountains and it is mandatory to have an amazing look which travelers can relish.

Netaji Subhash Chandra Bose International Airport was earlier known as Dum Dum airport. It is located on the hub of Kolkata. This airport which comes under Best Airports in India 2018 has a footfall of around 20 million passengers and is the 5th busiest airports in India. The Kolkata airport has one large passenger terminal which integrates both domestic as well as international flights.

The transportation to the airport is easily accessible and can use bus, taxi or car rental. The airport is an attraction to the tourists and travelers. People prefer going by air and less through the car or cab,  You can experience the open space inside which has all the facilities that a traveler requires. You can go pass through the security check and roam all over the place. Charging points, washrooms and assistance at help desk are provided with full assistance and accessibility.

Cochin airport is one of the beautiful and colorful airport in India considered as Best Airports in India 2018 which is very famous and has around 10 million passengers travelling throughout the year. The airport has 3 terminals, one of which handles international flights and the other ones domestic flights.

It is a fact to know that Cochin airport broke world’s record. The airport being the first one to run through solar panels. This started in 2013 and has been running through it all. You can get all the facilities that you need throughout a journey or travelling.

The Best Airports in India 2018 have the best infrastructure and connects to all the airports in India.You can see the airports that are creating buzz through out the world. The world might be more advanced from India but India is growing at fastest rate it can. The airport shows the economy of the country which can be seen through the airports which are amazing. These attracts the tourists in a big way. Every airport has its own charm and amazing facts which which you can see yourself by travelling to the cities having the Best Airports. 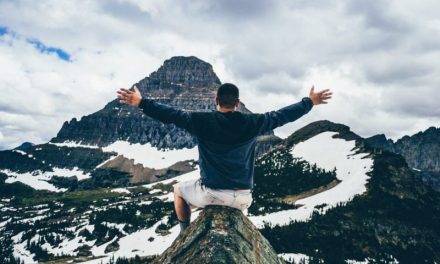 30 Things to Accomplish in Life Before You Turn 30 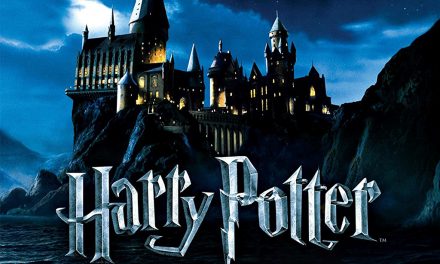 Fasten your Seatbelts for Airplane Theme Restaurant in Delhi!