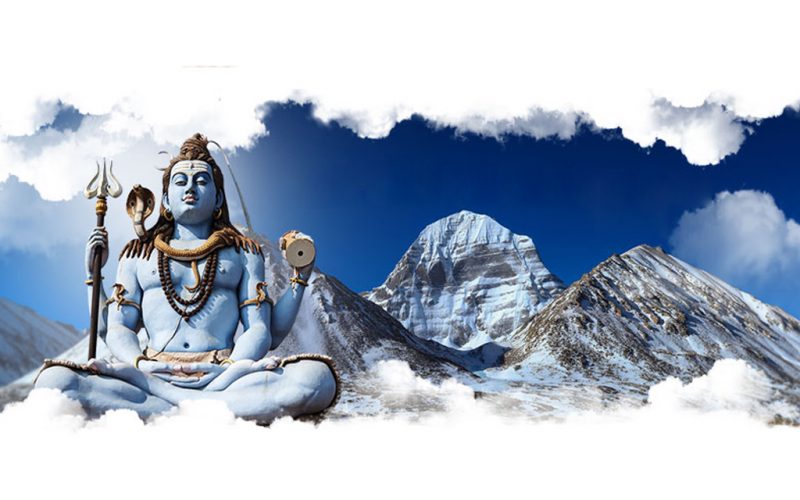 Dubbed as the stairway to heaven, Kailash Mansarovar has been surrounded by mysteries throughout centuries. It holds strong sentimental values to the Hindus, Bons, Jains and Buddhists all across the globe. Hindus believe that the Kailash Mountain is the abode of Lord Shiva, the destroyer of evil. Buddhists think of it as the home of Buddha Demchok, who represents supreme bliss. Bons, the native religion of Tibet considers Mt. Kailash as the ‘9-story Swastika Mountain’.

Kailash Mansarovar Yatra is considered to be one of the most important pilgrimages for devotees of Lord Shiva. Conquering the formidable peaks, walking along arduous terrains is bound to engulf you in a sense of isolation during this expedition. Overcoming the challenges as you walk this arduous journey is the best feeling you can ever get. Located in the remote and inhabitable area of Tibetan Himalayas, travelling to Mount Kailash is a journey that will change your life forever.

As per Hindu religion, Kailash Mansarovar is an abode of Lord Shiva and his divine consort Goddess Parvati that radiates the philosophy of purusha and prakriti. Surrounded by Mansarovar lake, one of the holiest and most revered lakes in the universe, Mt. Kailash is an enigma that is yet to be solved. It is believed that one parikrama of Kailash Mountain is comparable to the life cycle of a person and whoever completes the parikrama is said to be reborn as a different person. It takes almost 3 hours to cover the Parikrama of the mountain.

Kailash Mansarovar Yatra is a strenuous journey to follow but is the one that mustn’t be missed by anyone. The Yatra itself is said to revive one’s mind, body and soul. It takes away all the sufferings and hardships one has endured in his/her life and frees him/her from the earthly attractions. People believe that whoever bathes in this sacred lake will attain Moksha as the lake is said to relinquish the sins of lifetime of that person.

The mysteries surrounded by this holy mountain have time and again fascinated scientists from all over the world. What’s more interesting is that ancient text reveals that no mortal shall ever be allowed to walk atop Mt. Kailash, the lord resides. He who dares to venture the mountain to see the god shall die immediately.

Mount Kailash a.k.a OM Parvat is one of the most mysterious and sacred mountains in the world that is a part of the Trans-Himalaya in the Tibetan Autonomous Region of China. Due to its Pyramid like shape resembling the pyramid of Egypt, it is also called a “Man-made Pyramid”. Every year, thousands of pilgrims go on Kailash Mansarovar Yatra to seek blessings from Lord Shiva. There are tons of complex routes to reach Kailash. However, Indians can only travel through two routes to reach the mystical destination Kailash Mansarovar. Here are the routes pilgrims can undertake-

Mt. Kailash is perceived to be the ultimate destination for those who want to attain spiritual peace and Moksha. Devotees of Lord Shiva believe that he sits in the state of meditation on the summit of Mount Kailash. Kailash Mansarovar is surrounded by myths, legend and mysteries that have its fair share of controversies (fueling the conspiracy theories) even today. Let’s take a look at some of the widely popular ones. It’s up to you to decide whether you think they are true or not. No matter what, devotees and followers of Lord Shiva will speak in favor of these legends and we can’t argue since we don’t have any scientific explanation for such phenomenon/behaviors.