Have you ever wondered about the places that are off-limits for us? In this era of technology, where every nook and cranny of this planet can be traced with satellites, there are places that can only be seen through Google only because visiting those places is simply not possible. The allure of the taboo and forbidden is undeniable which makes these locations (shrouded in mysteries) all more interesting. Here are some baffling and incomprehensible places on earth that are absolutely forbidden for humans.

Church of Our Lady of Zion

Located in Ethiopia, Church of Our Lady of Zion is believed to house some of the most important biblical objects including the original Ark of the Covenant. Legend has it that the Ark was brought to this place by Menelik I after paying a visit to his father King Solomon. Despite being a place of worship, no one can enter the premises of this Church. The mystery around the Ark is also featured in a story by National Geographic that said that those who guard the Ark have been trained to kill with their bare hands.

Over many years, scientists, historians and archaeologists have expressed their desire to examine the treasure kept in the Church, but the authorities have made it clear that the Church is off-limits to all except for a few members of the Ethiopian Christian Church hierarchy. Nobody really knows whether the Ark of the Covenant inside the Church is original or not, or whether it really exists. But one thing is for sure, you cannot step your foot inside this Church no matter what. 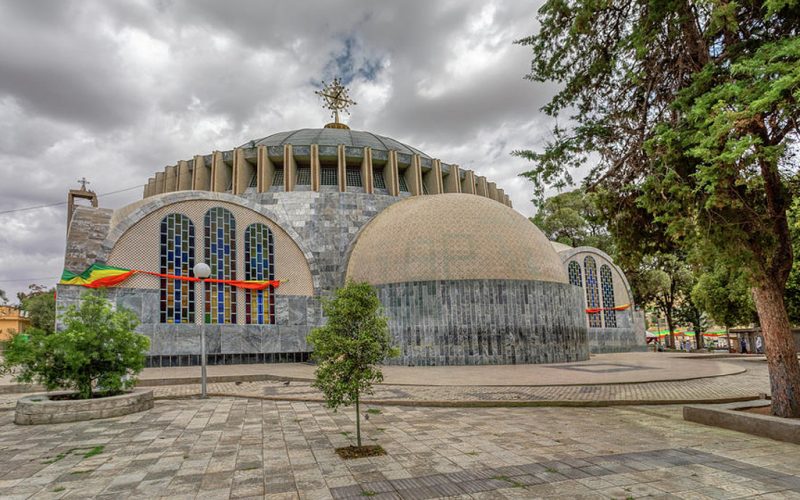 Bohemian Grove has been the most popular subject of controversial theories. It is a private estate in California where only the rich and powerful men are allowed to enter. Believed to be a secret hives of wealthy and influential personalities, Bohemian Grove is rumoured to have hosted top secret meetings that have changed the course of human history including the Manhattan Project. Nothing is known about how members are selected for this secretive club where the destiny of mankind is perceived to have been written. What happens inside the Grove is a mystery that will never be revealed, that is the extent of its secrecy. Conspiracy theorists also believe that Bohemian Grove is the place where illuminate members conduct their affairs from weird rituals to shaping up mankind’s future. 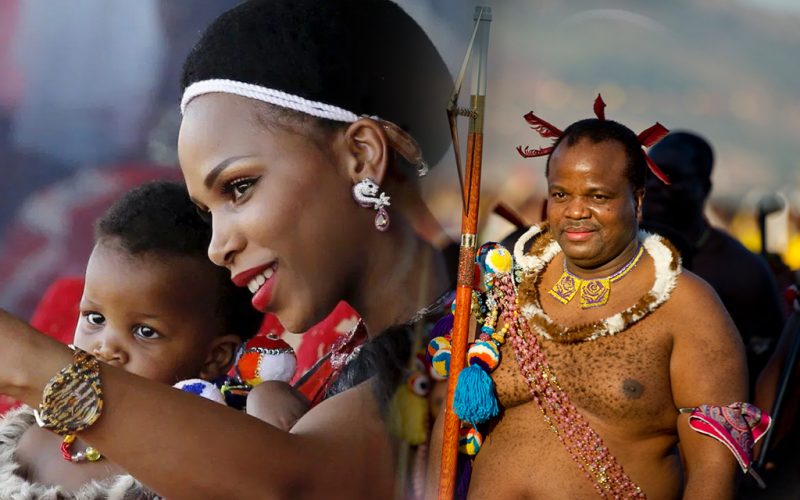 Close to the Andaman and Nicobar Island in India, North Sentinel Island is famous for its reclusive inhabitants, a tribe that has almost no contact with the interconnected world, speaks their own language and lives without modern technology. The tribe is infamous for killing those who step near it’s the island or its territories. Several newspapers and print media have also published a story of an American tourist who was brutally killed with an arrow shot by the members of the Sentinelese tribe.

The tribe has always resisted interaction from outsiders. The community seemed to have thrived for 200 years by hunting, fishing and collecting wild plants. To protect the community, India Government passed a law in 2017 that made it illegal to post photos or videos of the tribe as well as other Andamanese groups on social media. North Sentinel Island has been dubbed as one of the hardest places to visit on the planet (or more like banned for everyone). 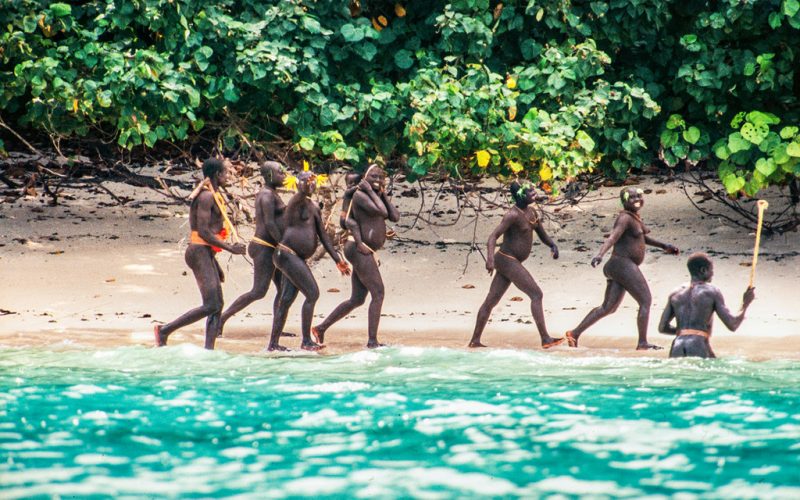 Mezhgorye is often dubbed as ‘Russia’s Area 51’. This mysterious small town in the Republic of Bashkortostan, Russia is believed to be a nuclear base where the Russian military conducts super secretive projects. This is why the place is off-limits for everyone except the residents of the town. The Russian government has always considered this site as a mining site. But the presence of military and secrecy around the place genuinely create interests.

Mezhgorye’s proximity to Mount Yamantau is notable because satellite images have picked up major excavations and activities since the 1990s. Some people believe that the site is a massive underground facility for atomic research and houses Russian treasures. The more the people known or read about this place, the more new stories start piling up. But what’s the real thing going on there? Guess we’ll never know. 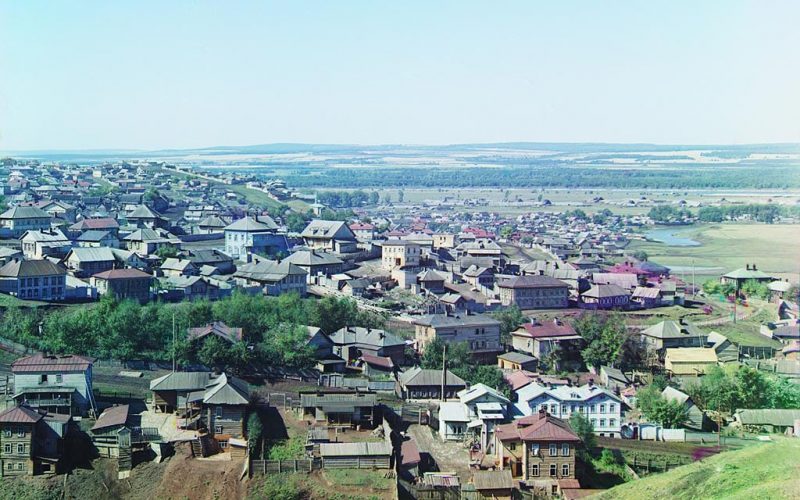 You might have heard about Area 51, a map location in USA that has always been on the radar of conspiracy theories pertaining to secret military operations, alien hideouts and what not! In the middle of Nevadan desert, there’s a dusty unmarked road leading to the front gate of Area 51 which is protected by little more than a chain link fence, a boom gate, and several warnings including intimidating trespassing signs. So much is the mystery and secrecy surrounding the area that even the grounds are protected by land mines and other defences. What exactly goes on inside the military base has led to decades of wild speculations.

Some speculate that some of the world’s most advanced espionage programmes are done at the site, others say that it is a UFO site that hosts an alien aircraft alleged to have crashed in Roswell, Mexico in 1947. One thing is for sure- attempting to access the forbidden area will lead to serious consequences involving US military and we are sure you don’t want that. 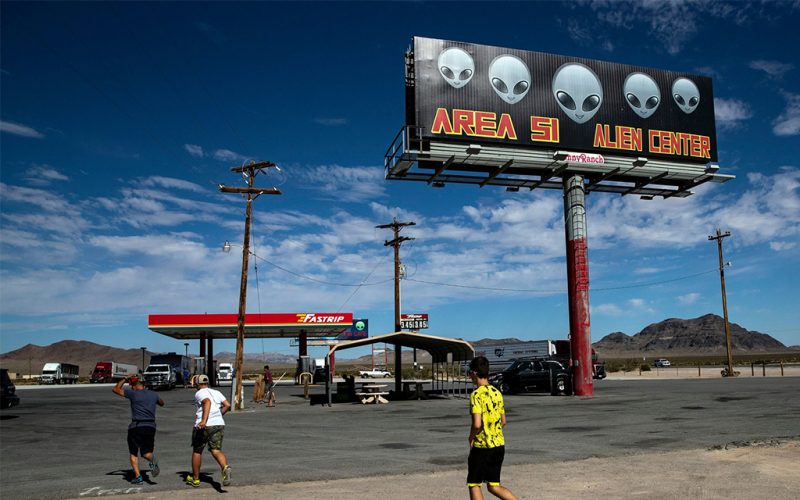 Located about 93 miles off the coast of Sao Paolo, Brazil lies an island infested with more than 4000 venomous snakes. The place has been forbidden by the Brazilian Navy as stepping your foot on the island will be no less than issuing a death warrant to yourself. The island is filled with so many poisonous serpents that one would easily encounter one snake every six yards in a literal sense. On top of it, the island is home to the Golden Lancehead, which is considered as one of the deadliest snakes on the planet. The venom of this viper is so potent that it could easily melt human flesh, sounds dreadful, right? Today, the navy periodically visits the lighthouse on the island for its upkeep and to check no one trespass the island without the government’s permission (which is unlikely to happen). 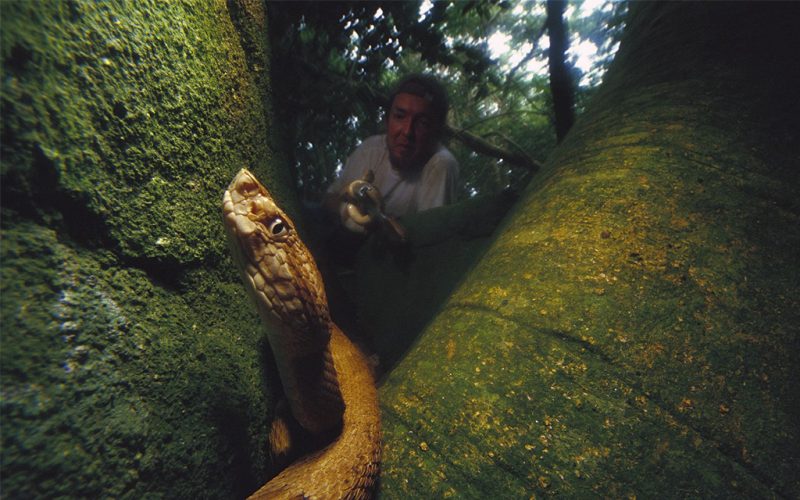 The word ‘twisted’ doesn’t even seem to do justice to describe the island sandwiched between Venice and Lido in Italy. In the 14th century, the island was made a quarantine facility for victims of bubonic plague and their bodies were literally dumped without proper funeral after they died. Then came the period in the 19th century, when the island was turned into a mental asylum. But that’s not it. It was rumoured that cruel doctor who was assigned duty on the island unleashed horror on mentally ill patients and used gross techniques to torture them till their body gave up. The doctor used to perform bizarre experiments on his victims and it is said that he committed suicide because he was tortured by the souls of victims he mercilessly experimented upon.

Many believe that Poveglia Island is haunted by the spirits of plague victims and mentally ill patients whose souls never made their way to heaven. Today, the island is abandoned and no one dare to venture it. Besides that, it is now privately owned and even if you are brave enough to explore the island, you can’t possible survive the lengthy paperwork (it’s not worth the trouble). It’s best to maintain your distance from the island and read about it online than actually stepping foot on it. 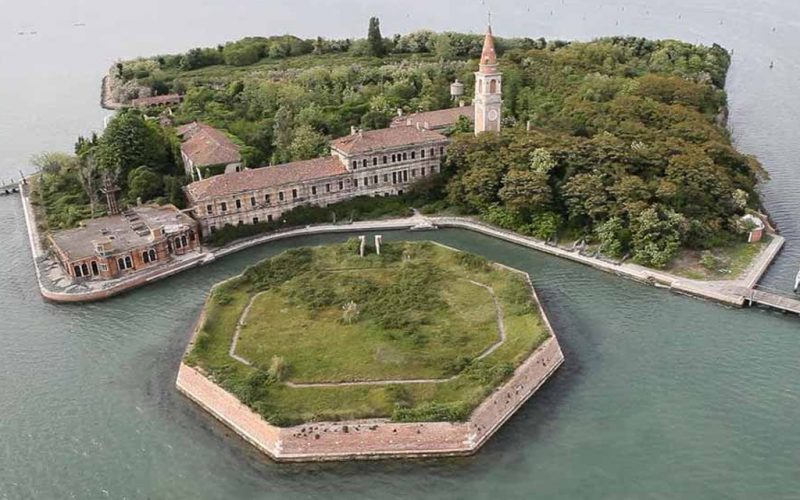