Travel makes the traveler modest and one sees what a tiny place he occupies in the world. Hindi film industry has shown us beautiful destinations which have given a boost to our imaginations and feel to sojourn to the beautiful & thrilling shooting locations. The film locations have enhanced our urge to wander like a bird. The short period of hours we have spend in theaters has lead us to escape from the madness of day to day life. It has also pushed us to enter into other insanity. You want to reach every location which your favorite actor has ever been to. Here are some of the destinations you cannot ditch at all. You can see Tourist Destinations seen in Hindi Films are shown here. 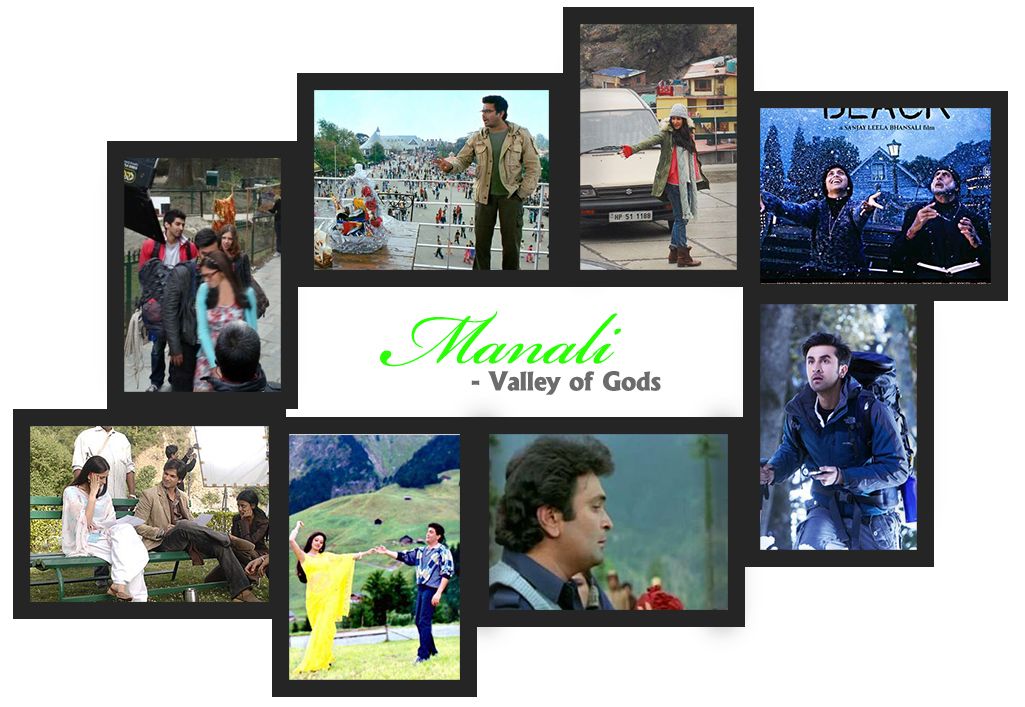 Manali is the Valley of Gods and is nonetheless a heaven. The beauty of rugged mountains and cold breeze along with the greenery is a nature’s blessing. So, the directors shoot every beautiful scenery matching the mood of the scenes. The fun, joyous, cheerful & gladsome mountains of Manali & Shimla match the spirit of the shooting scenes in films.

If you are going to Manali, stretch more and watch the valleys of Shimla which has cheery and joyeux aura. Do you remember the blithesome dance of Kareena Kapoor in Jab we met’s ‘Ye ishq haaye’ song.  Amitabh Bachchan’s film ‘Black’ holds a great deal of background sceneries. The Aamir khan starrer film ‘3 idiots’ has breathtaking locations from Manali & Shimla. The pleasing weather & natural beauty is flaunted in movies like Bang Bang, Highway & Marycom in tidbits. 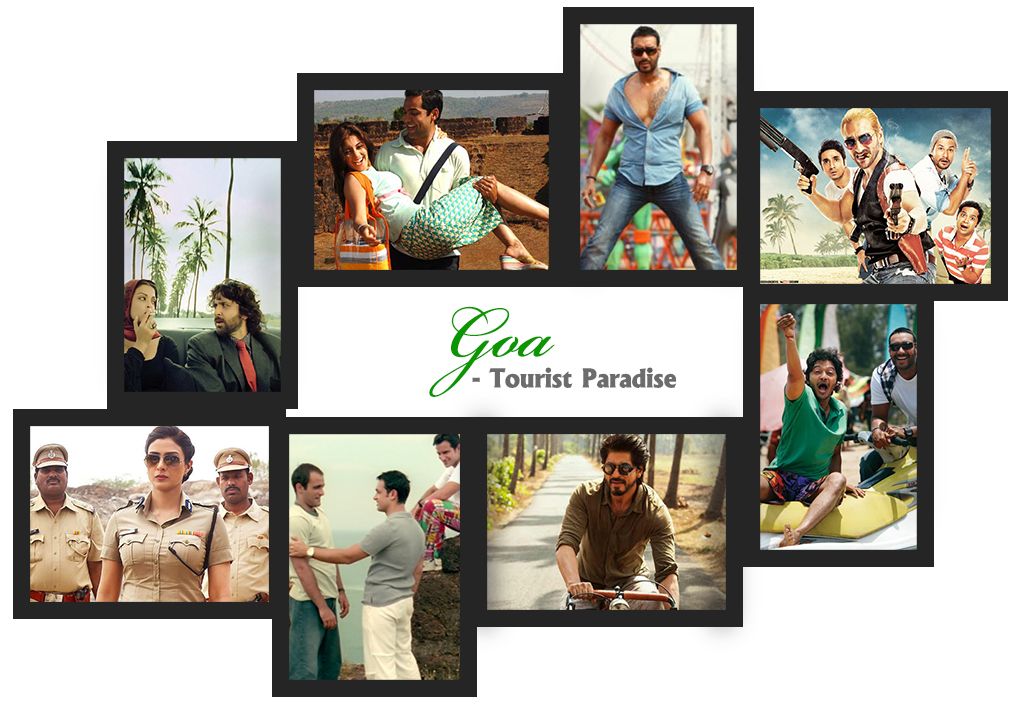 One of the top destinations which resulted in contrivance of the film industry is film Dil chahta hai. It brought a climax in the Hindi film industry and channeled a different way to romantic and youth films. If you like Hindi films and a lover of travelling, the combination is the icing on the cake. Films like Pukaar, Honeymoon travels, Singham, Josh, Guzaarish, Go Goa Gone, Golmaal 3, Kabhi haan kabhi naa, Finding fanny goes with the raw yet mirthful locations.

Quite recent is Tiger shroff in Baghi 2 while fighting the goons in Fort Aguada & ‘Lo safar’ song in North Goa & old Goa, then Saif ali khan starrer Chef ‘banjara’ song is shot in the same place. Every place adds to the richness of the films and has created a Resfeber in People’s mind.

You are Reading : 10 Tourist Destinations seen in Hindi Films: Must Read! 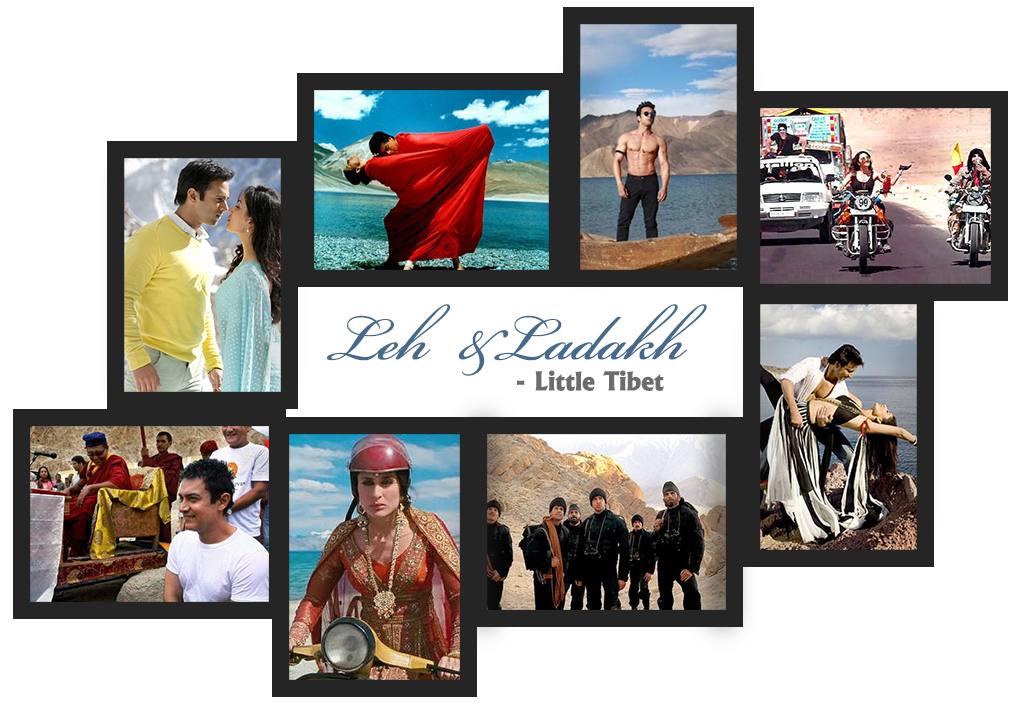 Located in the Indus river valley in Kashmir, we have spotted Leh &Ladakh in many films like Fugly, Lakshya, Jab tak hai jaan, Dil se, Paap, Bhaag milkha bhaag, Haqeqat & Tashan and many more has capturing scenes from this breathtaking place. The blue clear water and the Mountain View holds the beauty and the place is inspired from the film ‘3 Idiots’ as it has restaurant name after the film and whoever visit the place can definitely watch the school where the kids are seen bullying ‘Chatur or Silencer’.

Tourists can capture the moment by clicking on the yellow Scooter on which Pia/ Kareena Kapoor rush to meet Rancho/ Aamir Khan. The serene and holiness vibes from the Pangong Lake is visible which is used in every film which has shot scenes from Leh & Ladakh. 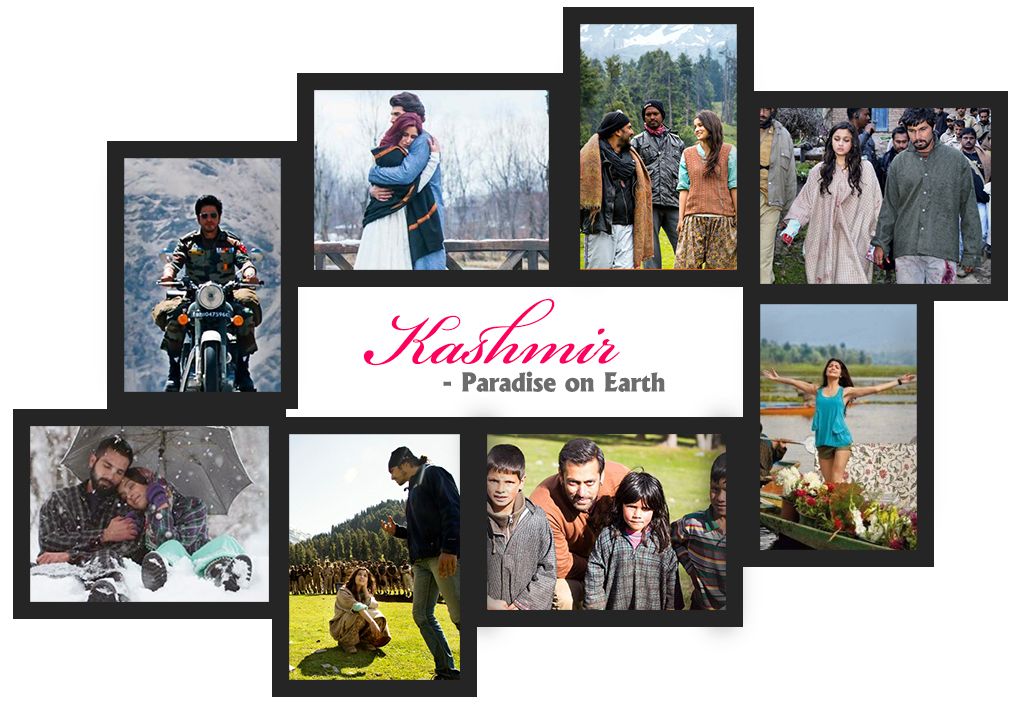 Kashmir has, from always, captured every director’s attention. You can see actresses singing in shikaras in Dal Lake, long & romantic walks of Mughal gardens in the romantic & cool weather. The treks, the meadows & snow take us to films like Ye jawani hai deewani, Jab tak hai jaan, Saat khoon maaf, Rockstar, Mission Kashmir, Kashmir ki kali, Dil se, Bobby etc. But ‘Haider’ is a film based wholly on the place and so the place is captured so extensively to get the idea of the place which then fascinate you to take a vacation to Kashmir.

It is just not the romantic place you have seen people getting lovey-dovey but a place to have adventure. You can do skiing, mountain biking, paragliding, mountain climbing and what not! The directors are exploring the unexplored sites and keeping our spirits high showing the best locations. 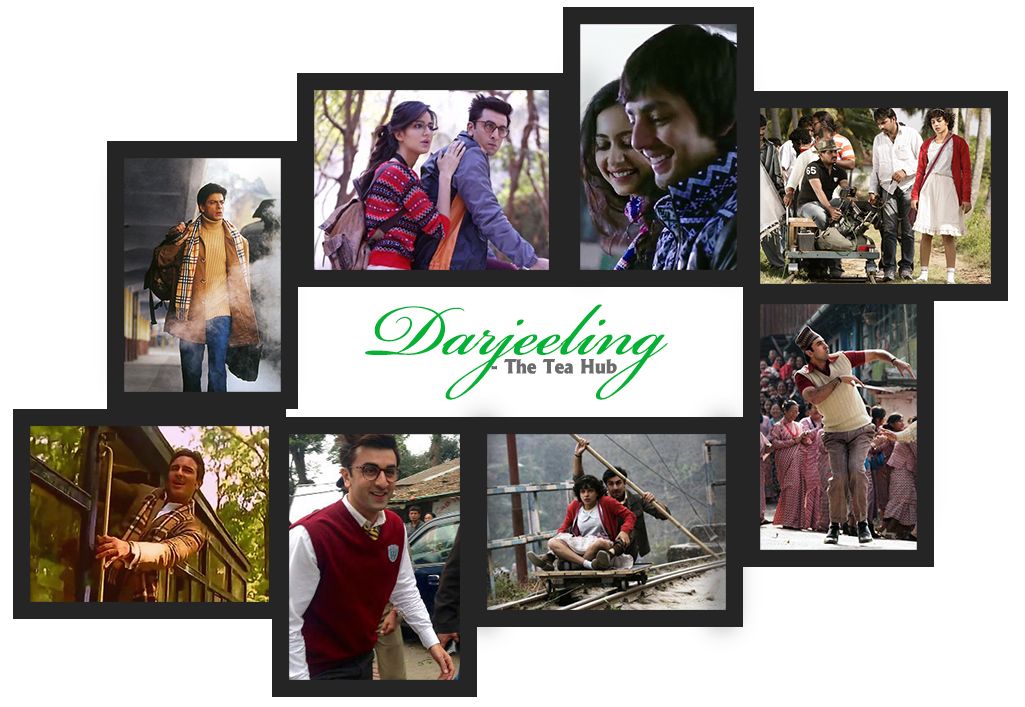 A town in West Bengal state gives euphoric aura which films showed like Parineeta, Yaariyan, Via Darjeeling, Jagga jasoos. The films has shown beautiful Himalayan hamlets and proved to be a magnetic force for the film lovers as well as travelers. The movie ‘Barfi’ starring Ranbir kapoor & Priyanka has proved to be youthful, bright & intriguing due to locations of Darjeeling including lush green tea gardens, Capital clock tower, the INOX hall, outside seating at Keventers, St. Andrew’s church & the Planters club captured the grace of the place. The place where the duo is riding on the wooden trolley on toy train tracks amused the people by creative ideas of the director and people to visit the place. 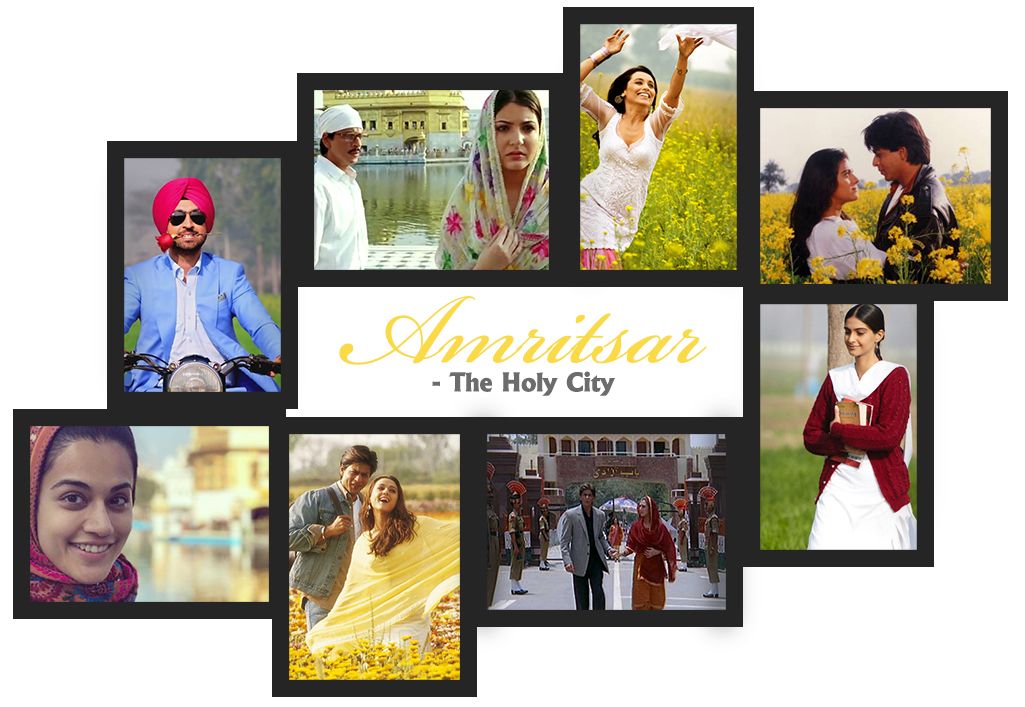 Recently Tapsee pannu’s film ‘Manmarziaan’ is getting shot which carries the locations of the holy city and the Golden temple. The place has certain places to visit like jallianwala bagh, Wagah border, Maharaja Ranjit singh museum & partition museum to have a glance at the bygone era. It’s a great place to count in your travel place and experience the sacred & divine aura. 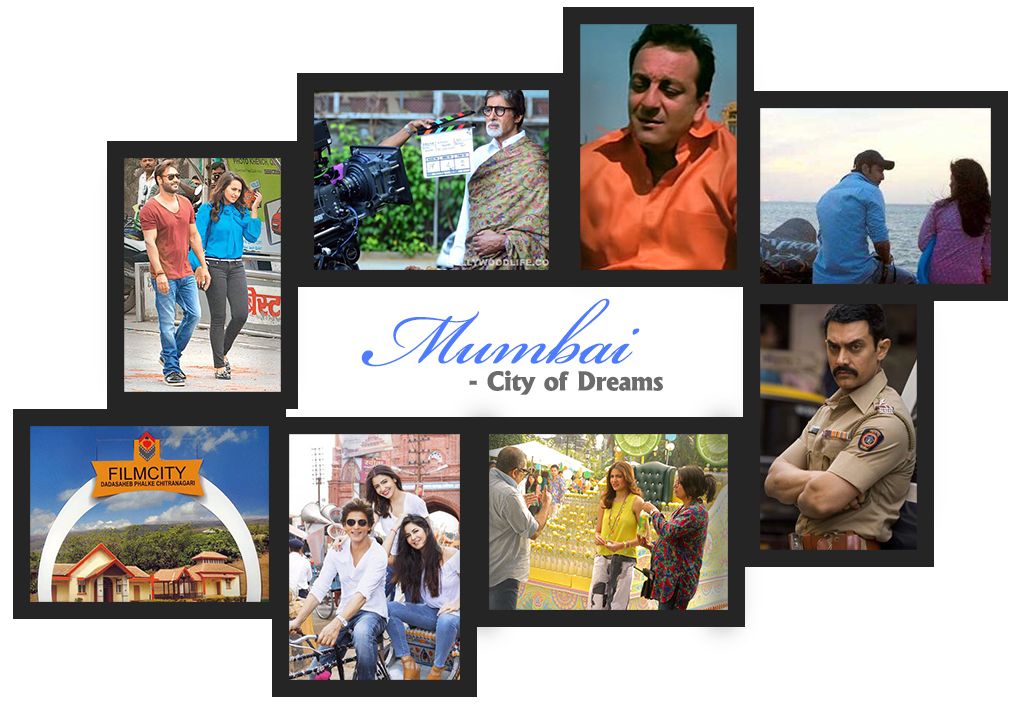 Film lovers must explore the place which has a different and addicting environment. Hollywood films are also shot in Mumbai like ‘Mission Impossible’ where famous actor Tom cruise shot for the movie. You can also bump into any celebrity by luck at malls. At posh areas and click the moment with a tinkle of flash. 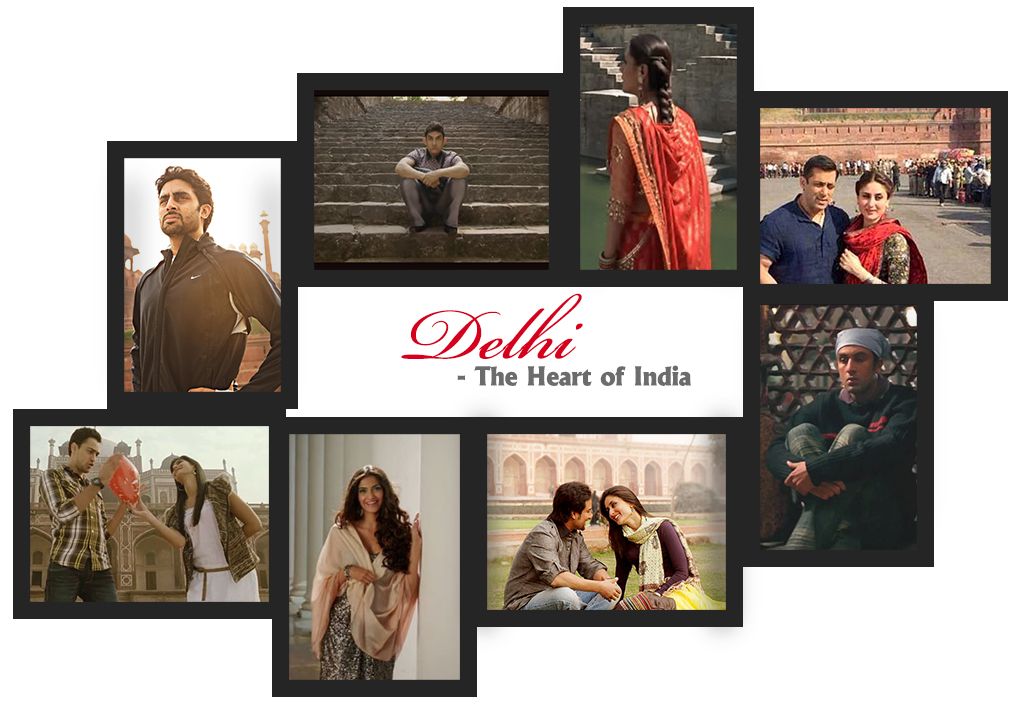 The capital of the country holds Heritage & Monuments which holds elegance and historic feel. Films like Rang de Basanti, Aisha, Delhi belly, Dev D, Khosla ka ghosla, Delhi 6. More like Vicky donor, Tamasha, Raanjhana are the films which are mainly shot in Delhi. The place has so many tourist sites including historical places and local streets which are used on screens. Paranthe wali gali is so famous that Directors made a film out of it and named the same title.

Delhi has great backdrops used in films that even Hollywood movies also capture the place like Eat Pray Love & Jobs (based on Steve Jobs). It is best to explore the capital through public transport and metro as the true feeling of the day to day routine is better understood being commuting like a local resident. The spirit of the place takes you to another level and amplifies the ambience by roaming more in the city. 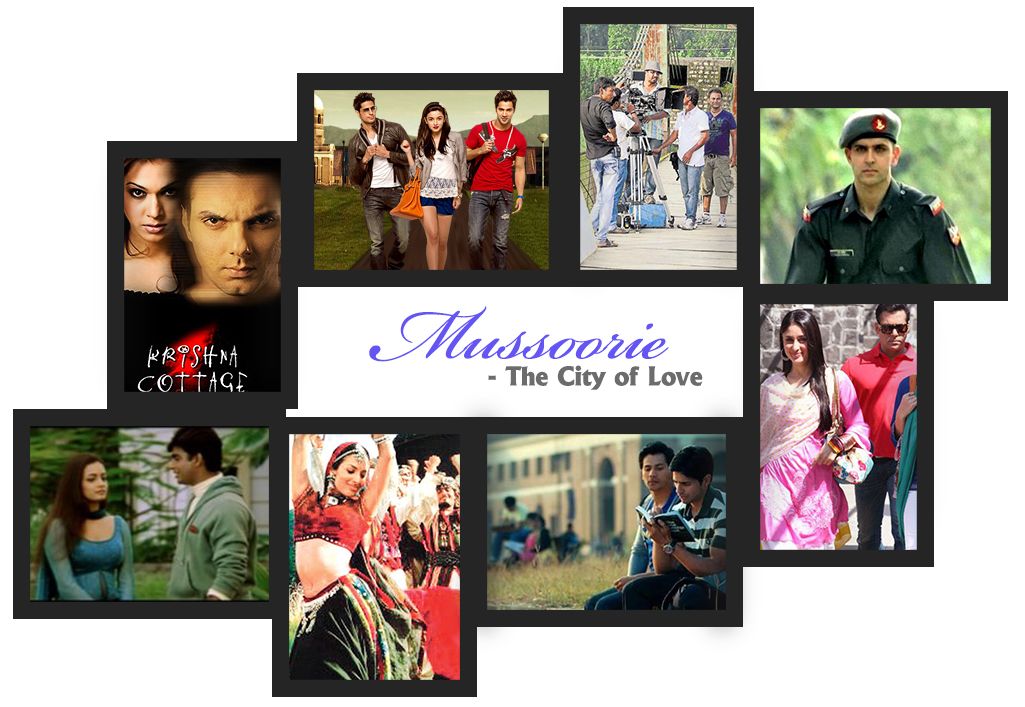 Once you visit the city of love, there is no falling out of it! Mussoorie has a mystic air with serene view of mountains and exhilarated atmosphere. Films like Lakshya starring Hritik Roshan, the debut film of Alia Bhatt, Varun Dhawan & Karan Malhotra’s Student of the Year, Famous Maddy from Rehna hai tere dil me, Spooky film Krishna cottage, Rebel Pan Singh Tomar, Crime-comedy Bunty & Bubbly has shown Mussoorie as a part of the situations created in them.

The picturesque Kempty falls is an attraction towards tourists. This includes certain places like wax museum, Soham Heritage, lakes are worth watching. You must come during cool breeze in the month of June-July. Strolling on Camel’s back road gives you another pleasant and satiated feel. 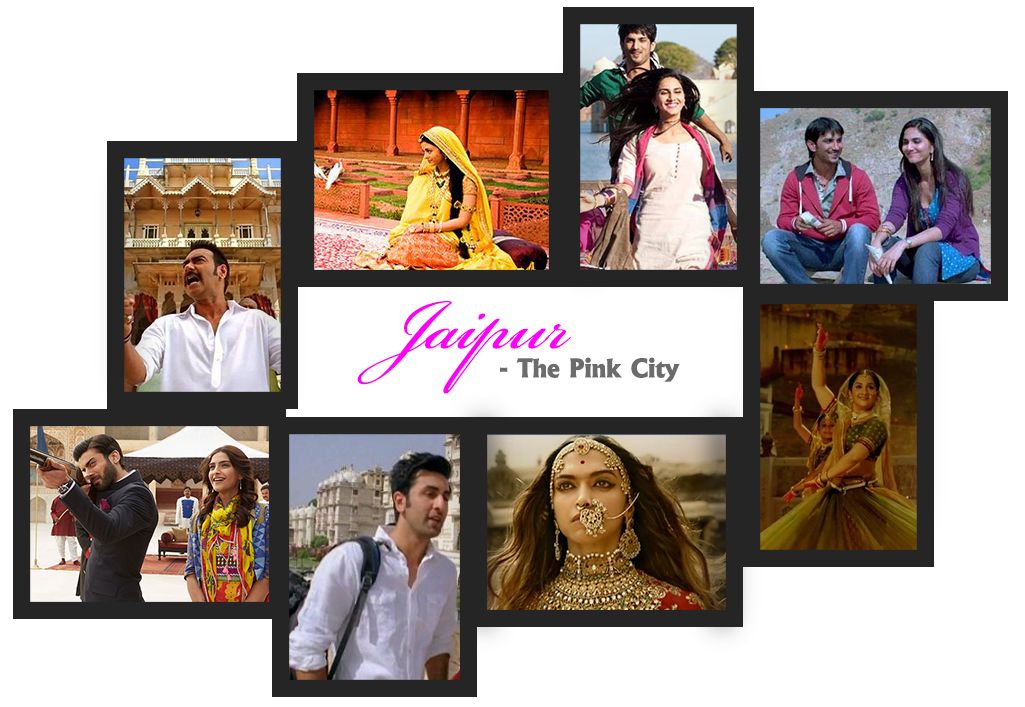 Jaipur is also known as the ‘Pink city’ due to the color of the walls of the city. The place has a royal history and the heritage depicts the same. Be it Amer fort, Hawa Mahal, Jantar Mantar, Jal mahal & Jaigarh fort. Jaipur is a magnificent place which has been shown in different films like Delhi 6, Lamhe, Bhoolbhulaiya, Khoobsurat, Bade miyan chhote miyan, Rang de Basanti’s Masti ki Paathshaala’ song.

The directors have a knack to have a look at the places. The locations create a frame in mind to capture through lens. That insight reached reaches us. The hysteria of travelling and keen nature to explore more places is the best thing to do. Someone has said, Travel more, as, at first it will leave you speechless and then turn you in to a storyteller!

The Most Ethereal Treasure Islands/Atolls in the World