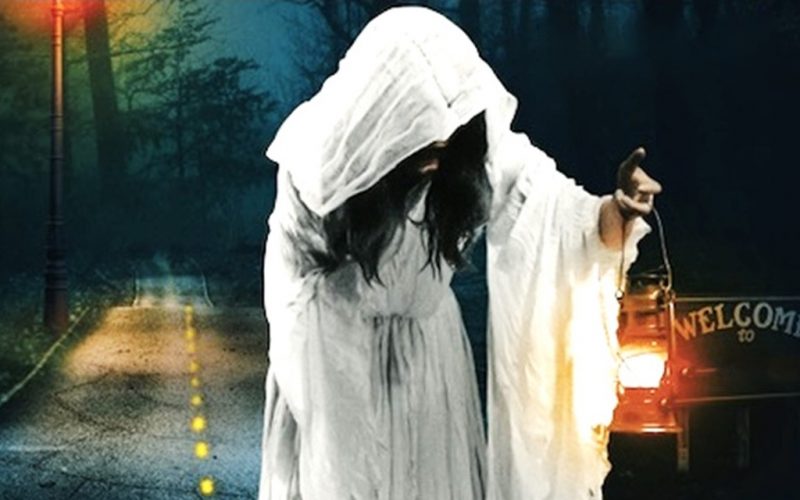 Who doesn’t love listening to horror stories especially when they are told by those who have encountered unpleasant otherworldly creatures for real? Do you also get frightened up after watching horror movies at night and go to sleep only after turning your room’s light on? Do spooky tales beat the daylights out you yet fascinates you? If yes, then this post will walk you through the spookiest Indian roads that are infamous for being notorious and haunted. From the famous lady in white saree running at unbelievable speed to negative energy engulfing you, we bring you the intriguing yet spine-chilling Indian roads that every biker must avoid travelling to at night where the darkness awaits. Hitting these nerve-wracking roads is not meant for those having faint-hearts.

This nefarious highway is an alternate route to reach Jaipur via Alwar that also connects one of the most haunted places in the country i.e. Bhangarh. The highway to Pink city is believed to be haunted by the spirits who haunt Bhangarh. It is said that when the clock strikes midnight, you are bound to witness screaming, horrified wailings, sardonic laughter, paranormal shadows waiting to pounce on you and possess you as you cross the stretch. Travellers have often reported eerie encounters and unexplainable things that have no logical explanation whatsoever. Are you daring enough to experience such spooky confrontations?

Talk about the most accident-prone highways and we have one that connects Ranchi to Jamshedpur. While we all know that accidents cannot be avoided, they are bound to happen when they happen. But what if you cross NH-33 late at night? Pray the lord! You get the picture. NH-33 has been named the most haunted highway in India all for the right reasons. While we cannot explain why the highway is utterly prone to accidents, we can only bring out theories that have been passed through word-of-mouth of those who were brave enough to travel the road at odd hours.

Travellers and locals believe that it’s the work of ghosts who haunts the highway at night. The urban legend has got so much attention that people really constructed a temple on both the side as a talisman against evil spirits. This has also given flame to absurdities that whoever passes by the temple must pray at both the temples or they will meet a fate worse than death. You might want to steer clear of this track for your good health.

If you think that witches are only a work of fiction and folklore, you’re thinking will change when you pass through Kashedi Ghat. The road is said to be home of feisty bloodthirsty witches who are believed to hurt travellers. Interestingly, these witches love non-veg items. People who have claimed to have encountered those witches advise others to not carry non-veg eatables with them as the food item is likely to get vanish into thin air. A number of people have also claimed that the witches have scratched their neck, back, and face when their vehicle suddenly stopped in the middle. How about making chicken-korma out of those badass witches? Would you want to take a risk?

You might already know about Delhi Cantt. that is famous for its haunted stretch and ghost of the lady in white. The area is surrounded by dense forest that amplifies the eeriness even if there isn’t a ghost. The cantonment area is said to be haunted by a lady in white saree that hitchhikes and ask for a lift when spot a traveller crossing that particular stretch. The lady is said to roam the area at night hunting for prey. Over the years, the hysteria has led people into believing that the lady in white saree runs towards the travellers with unusual speed and follow till that stretch is crossed completely. If you ever encounter this spooky lady, what would you do? Would you run like crazy or give her the lift?

It’s an established fact that wildlife sanctuaries, forests and anyplace abundant with trees are often linked to paranormal events. You might even have heard of places like Sanjay Van, Jamali Kamali Mosque etc, but Sathyamangalam wildlife sanctuary takes spookiness to another level. The wild surroundings at night become a perfect setting for a horror movie where you can hear wailings and screams of unknown entities. People have also witnessed floating lights while passing through the dense jungle. This jungle at night is not to be toyed with. You might want to avoid this for your sake and safety.

Now this one might sound similar to the story of a lady in white but the story of Marve and Madh island road being haunted is totally nerve-wracking, sad and gloomy. According to the legend, once a newly-wed couple ware passing through the stretch and their vehicle got rammed into a truck suddenly. The husband out of reflex jumped out of the car leaving the wife to her fate. The wife died on the spot and her spirit is said to roam the road wearing the bridal wear with all the jewellery intact. People have reported incidences of screaming, sobbing and tinkling sound of anklet. The spirit although doesn’t cause harm to the travellers but you still would want to steer clear of such spooky experiences.

Eastern express highway is one of the most dreaded highways to travel at night. The highway is believed to be haunted where the ghost of a man standing with his hand stretched out is said to roam the area. As per the legend, those who pass through the highway after dusk are prone to get their heads chopped off. Fancy that? We bet not! The best thing you can do is avoid travelling the route especially during odd hours for your safety.

Ask anyone in Chennai about the most haunted lanes and they’ll point you to the blue cross road that is infamous as a suicide point where numerous people have taken their last breath. The thick canopies hide the roads and to top it, misty surrounding amplifies the spookiness of the route. Forget night, the road is cut off from light even when it’s daytime. The night becomes terrifying and serves as a perfect plot for ghost stories. Incidences of witnessing creepy creatures (human-like) roaming down the streets have also been reported by locals. Frequent travellers involving truck drivers mostly gave also claimed to see white figures following their vehicle at night.

Mumbai to Nashik Highway is notorious for paranormal experiences. From seeing headless lady to hearing the hysterical laugh, accidents to sinister history, the highway has every element that makes a great plot for a typical horror story. Interestingly, Kasara ghat has been used as a dumping ground of murder victims, so it’s said that those souls roam the ghat and make their presence known to humans passing through the highway. Dense trees on either side of the road make it difficult for sunlight to reach and this makes the highway more horrifying. If you aren’t scared of paranormal entities, try venture through the ghat for hair-raising experiences.

While Goa is known to be a heaven for party animals and nightlife lovers, there are darker shades to the place that are dreaded by even the bravest of humans. Igorchem in Goa is a popular haunted spot in the region that is avoided by locals even during broad daylight. Located behind the Church of Our Lady of Snow, the road is said to be an abode of evil spirits that haunt the road and believed to possess those who pass by it. You can actually hear the sound of footsteps following you when you dare to take this route.

Before passing Banihal Tunnel on the way to Kashmir, you have to pass Khooni Nala, a bridge in a dangerous stretch of terrain along the road. The highway has been a site of numerous accidents and as a mark of respect all vehicles before crossing stop and pay obeisance to the departed soul. Being a treacherous road stretch, caution is advised to travellers who cross the place there is always the danger of falling rocks. The Indian Army has installed steel wire mesh along the stretch from where rocks fall frequently. The mesh protects the passing vehicles from falling boulders.

Mumbai is a hotbed of paranormal experiences that fascinates adventure seekers and brave souls. From abandoned mills to haunted towers, roads that scare the crap out of travellers, it has places that are certainly not meant for weak-hearted ones. Johnson and Johnson Road is considered the most accident-prone road in the city of Bollywood. Those who have fell victim to road accidents cannot even seem to remember how they met with an accident. All they knew was they were trying to stop their vehicle from ramming into someone appeared out of a thin air. The last bit they remember is that they saw a lady in white attire suddenly appearing in front of their vehicles. Well, you certainly needn’t travel to Delhi to see this lady in white; it appears that white attires have become a trend among female ghosts. Mumbai too has got its lady in white, so now you know where to head to when seeking extraordinary experiences beyond the understanding of science and reasoning.

Iconic Bollywood Shooting Locations to Inspire the Wanderlust in You