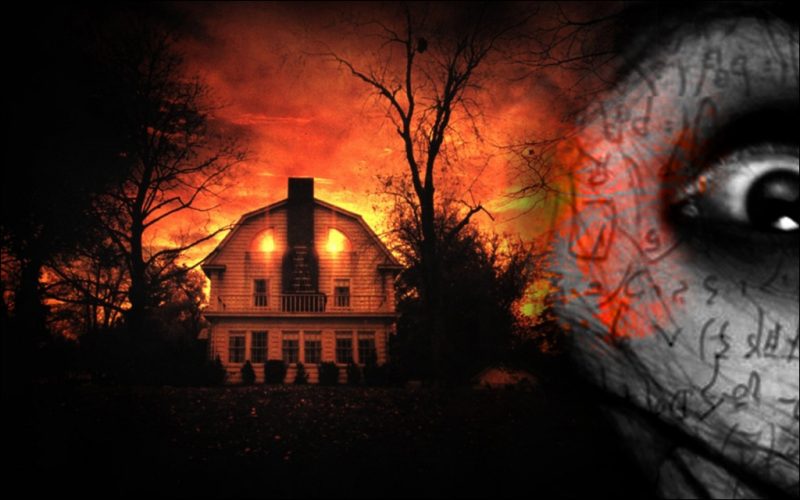 India has a rich legacy of supernatural activities involving ghosts, ghouls, Jinn, witches and even malicious spirits intending to harm another human. If you’re someone who gets excited and thrilled by hearing spooky tales, then there might be a corner in your heart that keeps on telling you to visit haunted places. Scary stories especially the ones involving a ghost or some paranormal entity always seem to fascinate adventure seekers. There are places in India that are considered haunted to the extent that the stories associated with them have become an urban legend. These urban legends have been passed onto generations and continue to scare people even today. If you wish to have some spine-chilling adventures in India, these spookiest places can undoubtedly scare the daylights out of you!

fort in Alwar tops the chart of being the “most haunted places in India”. It is the only place in the country which has been legally declared haunted by the Archeological Survey of India (ASI). So scary the place is that even ASI had to place a warning board forbidding the tourists to explore the premises of the fort past the sunset. Once a prosperous town, Bhangarh turned into a ghost one when a Tantrik Singhia got infatuated with Princess Ratnavati here and decided to cast a spell on her to make her love him. But when she got to know about his evil plans, she ordered him killed. As he was dying, he cursed the town to remain inhabitable and roofless forever. The curse of the evil magician led to the downfall of this prosperous town resulting in people abandoning it. As per locals, the moment roofs are built on the houses and temples, they collapse. After sunset, people who have crossed the premises of the fort have reported screeching of a woman, faint sound of footsteps, and other paranormal activities.

Situated in Pune, this haunted grand fort was once the seat of Peshwas of the Maratha Empire until after the 3rd anglo-maratha war, when they lost the war to the Britishers. It is considered as one of the most haunted forts in India as the spirit of a prince is said to roam the premises of the fort in the evening. Built in the honor of Peshwa Bajirao-I, this fort was a living testament of unparalleled love, betrayal and treachery. As per a legend, Narayanrao, the 5th ruling Peshwa who was 13 years old at that time was brutally murdered by his close relative (allegedly by the wife of his uncle). Locals say that even today the screaming “Kaka Mala Wachawa (uncle save me!)”  of Narayanrao can be heard at night. Interestingly, in 1828, an accidental fire in the complex took lives of people living in the premises and their spirits are also said to be roaming the fortress.

Delhi cantonment area is notoriously famous for being one of the spookiest places in the capital city.  People believe that there is a certain stretch where a spirit of a woman clad in a white saree seems to chase and scare anyone passing by. Some people have also reported the incidences where the woman asks for a lift and chases the vehicle matching its speed till that particular border is crossed. The eerie surrounding with pin-drop silence of the cantonment area makes it all the more terrifying at night. What is more shocking is that people also claimed that whoever has agreed to give a lift to that woman has never been seen ever again. Although Delhi cantonment is a bustling area in the day but as dusk falls, this busy place turns into a creepy one.

Located near the quaint town of mussoorie, Lambi dehar mines are known to frighten the life out of anyone who dares to visit it. The spooky tales of these mines began sometime in 1990 when improper mining techniques lead to the death of more than 50,000 workers. Ever since these mines became the hub of paranormal occurrences. So much so that the workers who lived nearby the mines died of unknown lung disorder. Locals also fear to venture close to the mines owing to the belief that the mine houses a witch whose shrieks can be heard in the deadly silence of the night. Tourists have also reported unnatural occurrences at night.

Dumas beach in Gujarat is one of the beautiful beaches in the country that attracts travelers throughout the year. But this is not the only reason why people love visiting the place. Rumor has it that the beach takes an ugly turn at night and is haunted by the spirits of the tortured souls who were buried here. People have witnessed eerie sounds, barking of the dogs throughout the night and paranormal activities on the beach. It is also said that whoever dares to venture the beach at night disappears. The beach was once a burial ground and people also attribute the black sand of the beach to the ashes of those who were cremated here. Now would you dare to wander the beach in odd hours?

Another major haunting spot in the Delhi located in the central ridge along Sardar patel marg is Malcha Mahal that takes the feeling of eeriness to next level. What makes the place mysterious yet interesting is that is forbidden for tourists and general public. On entering the dense canopy, you will find a board warning you not enter the premises due to the hound dogs guarding the mahal or get ready to be gun down.

The story of Malcha mahal goes back to 70’s when princess Wilayat, the great grand-daughter of last Nawab of Awadh came to delhi with her two children and several ferocious dogs waiting for the government to give them a place to live. After making them wait for 8 years, the government finally allotted Malcha mahal to them whose conditions was worse than a ruin. The refusal of government to step up for its renovation led to the isolation of the family from the outer world. Slowly, the princess succumbed to depression and finally gave up on life. Soon after, the dogs and servants started to disappear followed by the death of princess Sakina. In 2017, the only surviving member of the family i.e.  Prince Ali Raza died too. The real terror is not of the mahal, but the lives these royals had to endure in this Mahal.

Being one of the main attractions of the state, Ramoji film city is not only popular because movies are shot here but unnatural activities happening on the sets of those movies as well. With weird marks on the mirror, lights falling off on their own, clothes being torn, eerie whispers etc, the film city has earned the spot in one of the most haunted places in the country. Ramoji film city is believed to be built on a battlefield where the Nizam fought a war. It is said that the place is haunted by the spirits of the dead soldiers who roam the premises of the movie sets and creates ruckus. Interestingly, the ghosts here are more inclined to disturbing females rather than males. Whatever the reality is, this place is an enigma for cinema lovers.

This famous attraction of Delhi is bombarded with tourists throughout the day takes a U-turn when it comes to the spookiness. At night, this place becomes scary as hell since whispers, and paranormal activities like being followed by an ominous presence, black water of the step-well luring people and drowning them are perceived to be common here. The fascinating architecture of the step-well is hauntingly beautiful giving it a scary look in the dark. People believe that the water in the Baoli has supernatural properties that compel a person towards it resulting in death due to drowning. It is indeed a perfect place for thrill-seekers wishing for bone-chilling experience.

Tunnels are already perceived to be scary, but what if they indeed are haunted? Won’t you get frightened then? The famous tunnel number 33 on the Kalka-Shimla railway line is a classic example of such scary tunnels. Here people have witnessed strange presence when the train crosses the tunnel. The tunnel is also popularly known as “Barog tunnel” named after a British engineer. As per the story goes, Captain Barog was given the charge of supervising the construction of the tunnel. But due to mismatch in the calculation, the work couldn’t be completed and he was fined heavily. Due to the humiliation, Barog ended his life. Locals believe that the tunnel is home to the spirit of captain Barog and other spirits as well. As per them, the ghost of Captain is quite friendly and never bothers anyone. Would you like to have a chit-chat with this friendly ghost?

Dow hill is an enchanting hill station tucked in the lap of Kurseong , a place close to Darjeeling. The hill station is a nucleus of paranormal activity owing to several murders and accidents that have happened there. It is home to many boarding schools, but Victoria boys high school is notoriously famous for housing evil spirits. Locals claim that they have heard a strange noise coming from the school even when it is closed. They also claim to have seen the spirit of a headless boy roaming the school and heard the eerie sound of footsteps at odd hours in the night. At night, the dense forest becomes too scary to venture out and people avoid stepping out late in the evening.

India is full of ghostly towns and places that are full of adventure. If you are a daredevil who doesn’t get frightened easily, then visiting these places will certainly be an unusual experience for you.  If you have experienced such paranormal activities while travelling, feel free to share those with us.

Is Pet-Friendly Places In India The Most Trending Thing Now?

Top places to visit in Jharkhand in 2021