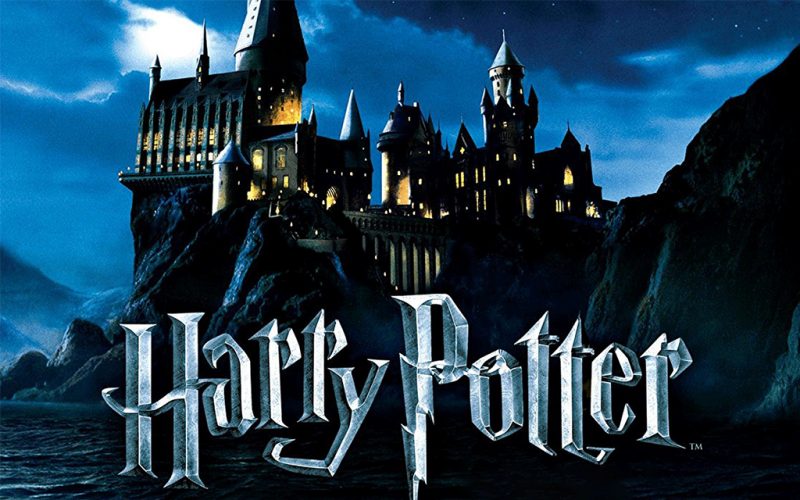 The masterstroke of J.K Rowling’s ‘Harry Potter’ series is cherished by a gazillion of people all over the world so much so that they would love to travel the places where the inspiration for the series originated from. You must have read all the harry potter books and might even have watched the movies multiple times, but have you ever explored the inspiration behind the world’s most loved fantasy series? If you also thought that J.K Rowling made up the epic story without any help or inspiration, you cannot be more wrong.

The magic of harry potter continues to charm children of this generation too. In fact, winter would be the perfect time to binge-watch the series again and land into the wizardry world of harry potter. The post features real-life harry potter destinations you can visit when done replaying the series. It’s time to come out of shell and re-live the iconic moments of the magical world of witchcraft and wizardry.  Plan your harry potter adventures today and witness some of the actual places made famous by the films.

Jacobite train is the real steam train that was seen in Harry Potter series from time to time (especially the scene when the train got halted due to dementors that resulted in harry getting faint). Remember the bridge from where Hogwarts express passed through? That too is located in Scotland and is known as ‘Glenfinnan Viaduct’. A ride on ‘the jacobite’ is the most amazing train ride you’ll ever take in this lifetime. The picturesque view of countryside is going to steal your heart. The train runs from Fort William to Mallaig in the highlands and will also take you across the famous bridge.

‘The train to Hogwarts has arrived at platform 9 ¾, passengers are requested to board the train‘, you probably will never hear this announcement on Kings Cross Station, the station from where harry nearly missed ‘Hogwarts Express’. But, who says muggles can’t click a picture or two with the disappearing trolley arched in the wall between platform 9, 10 and 11? Just don’t bump your head!

Want to know how J.K Rowling came up with the name of the most-hated villain in the history of fantasy books and movies? It was Greyfriars Kirkyard cemetery in Scotland that inspired the character of ‘tom riddle’ a.k.a Lord Voldemort. As surprising as it might sound but, the cemetery houses a grave of a real man named ‘Thomas Riddell’ who died at the age of 72 years. Pottermaniacs often visit the grave (assuming it to be the grave of ‘he-who-mustn’t-be-named’) and leave little notes and goodies on it. You can also spot a grave of ‘William McGonagall’ that inspired professor McGonagall. Interesting right?

The location was used in ‘harry potter and the philosopher’s stone’ and in ‘harry potter and the chamber of secrets’ where harry and his fellow young wizards learnt flying lessons (using broomsticks) with Madame Hooch. It is also the place where harry learned the rules of quidditch. The castle was built in 11th century and is home to the duke of Northumberland. Unfortunately, it can be visited only in summer. An evening stroll to the garden of the castle is enough to take you back to Harry Potter’s world. Sounds fascinating right?

Located in Iver, England, Black Park is the place that inspired the forbidden forest that appeared in every series at least once or twice. The park in reality is a popular shooting location where some famous scenes from movies such as- Batman, Sleepy Hollow, and Captain America: The First Avenger was shot. No matter if you wish to simply enjoy a stroll through the mysterious forest or embrace the outdoors, black park is certainly a place to visit when touring England.

Remember the great hall of Hogwarts? Well, Christ Church is the place where the inspiration came from. Thankfully, the church is open for public who can visit the place to soak the essence of Hogwarts. Interestingly, this church is located inside Oxford University. However, you cannot spot students enjoying their meals here. There is this one spot which you might find interesting, do check out the staircase where professor McGonagall first meets Harry, Ron and Hermione. Apart from that, you can tour the university and locate spots that too ended in the movies.

The reptile house at London Zoo is where one of the most iconic scenes from ‘harry potter and the philosopher’s stone’ was shot. It is the place when harry communicates with a Burmese python, which later revealed ability of harry to speak parseltongue (the language of serpents and that used by tom riddle).  Although no such thing exists in reality, but touring the house will make you feel as if you know harry personally.

If you remember Diagon Alley then Leadenhall is the place to see it in real. This Victorian marketplace also houses the shops used as an entrance of Leaky Cauldron from ‘Harry Potter and the goblet of fire’. It’s high time you should try out ‘diagonally’ spell and land to this enchanting place. The market is a great place to eat and indulge in shopping. You won’t find your favorite wand at Ollivanders, but visiting the place itself is no less than an adventure.

Known as a glen where Hagrid’s hut is located, Glencoe was featured in other movies as well. The magnificent backdrop of this illustrious glen in Scotland will take you back to the scene where harry and Hermione travel back in time to save buckbeak. The Glencoe lake nearby will remind you of the triwizard tournament when the second task involving the champions swimming into the black lake to retrieve something stolen from each of them took place and harry decided to rescue both Ron and Gabrielle.

Remember the famous ‘hogsmeade station’ the one where Hogwarts express finishes its long journey and Hagrid welcomes new students? The place is none other than Goathland train station located on the north Yorkshire moors railway. It’s the same place where the trio Harry, Hermione and Ron step out into the magical world of witchcraft and wizardry for the very first time. Goathland is a tiny village that is an utterly beautiful place to be, other than capturing the famous train station. So if you are voyaging England, heading to this magnificent place is certainly going to be a rewarding experience.

Potterheads must know of this bridge, the one that is destroyed by death eaters sent by Voldemort in ‘harry potter and the half-blood prince’. The millennium bridge was the inspiration behind the famous scene. Although unlike the movie, the bridge is not the magic of CGI but an actual futuristic suspension bridge connecting St. Paul’s Cathedral to Tate Modern.

Australia house is the place where J.K Rowling got inspiration for Gringotts wizarding bank. Australia house is the home of Australian high commission in London and cannot be visited by anyone provided that they are an Australian or want to meet the officials for official purposes. Operated by goblins, Gringotts is used to store money and valuables by wizards. Although you might not find ‘vault no. 713’ where philosopher stone was kept, you may however, click a few pictures from outside the Australia house to soak up the feeling of being at Gringotts.

Why Taj Mahal Should Be Visited During Full Moon Nights