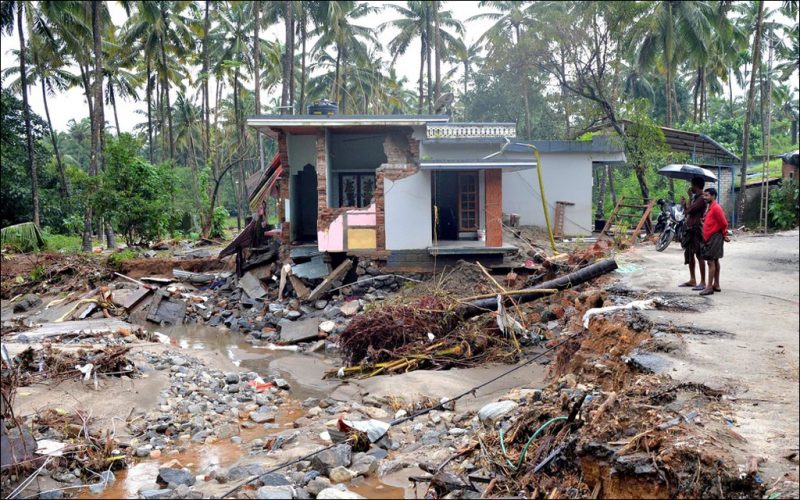 Dark tourism is an eccentric dimension of tourism and travelling that is in the nascent stage in India. Before we jump straight to the point, you need to understand what exactly ‘dark tourism’ is. People travel to different places for all sorts of reasons. Some take travelling to another level and start exploring bizarre places that no sane person would dream of exploring.

Dark tourism is one such dimension of travelling where people visit places with a sad history (often associated with death, tragedy and disaster). These places usually have a tragic story linked to them making them beguiling for wanderlusts and travel freaks. India can be called a hotspot for such gloomy destinations as it has witnessed horrible times. From plundering to assassinations, paranormal activities to natural disasters, treachery to murder, there are tons of stories waiting to be heard and places to be explored. An insight into dark tourism in India will help you obtain information on the latest travel trends.

The cellular jail is a constant reminder of our horrendous past when British Empire forcibly ruled the country and tortured thousands of innocent souls who were fighting for freedom. During British rule, people who were sent to this prison were known to be given the punishment of ‘Kala Pani’ as there was no scope of escaping the isolated island let alone the tight security. The atrocities they committed to the freedom fighters still sends a shiver down the spine.

Talk about dark tourism in India and Jallianwala bagh tops the list. Bloodstained walls, bullet-laden well, and gloomy ambience of Jallianwala bagh speaks of the unfortunate tragedy it went through on 13th April 2019. On this dreadful day, people gathered to demonstrate peaceful protest against the arrest and deportation of two national leaders i.e. satyapal and saifuddin kitchlew. Little did they know that they will be fighting for their lives and die a horrible death. On the command of General Dyer, the troops of british indian army open fired without warning protestors and blocked the entry and exit points to the place leaving people stuck (who either got killed or got severely injured).

Drass war memorial is a place to soak the feeling of patriotism and valor of brave Indian soldiers who risk their lives to protect the nation from external threats. The saga of Kargil war started when Pakistan invaded some of the parts of Indian territory across the LOC threatening the only route connecting the place to Srinagar. To gain back the territory, Indian army launched ‘operation vijay’ and gave a neck-to-neck fight to the enemies. The war concluded with our victory but at the cost of lives of thousands of brave soldiers.

When India was celebrating 52nd republic day, the state of Gujarat suffered the most deadly earthquake in its history. Originated in Bhuj, the earthquake killed 20,000+ people and injured lakhs of people. It not only rendered them homeless but damaged millions of buildings. The intensity of the earthquake was mapped 7.7 on the Richter scale which is an extremely devastating parameter.  Today, people from every nook and corner of the globe come to see the after-effects of earthquake on Bhuj which still reminds us of the horrific tragedy it went through. Bhuj is one of the top sites in dark tourism in India which is often visited by travel mongers to capture the dreadful past.

Mahatma Gandhi is known for his doctrine of non-violence and truth to achieve political and social progress. His works and sacrifices are cherished and respected by the world. Gandhi smriti is the place where the father of the nation took his final breath.  One of the most important leaders in the history of the world, Mahatma Gandhi was assassinated by Nathuram Godse due to differences in ideologies and opinions on the future of our nation. People travel to this place to pay homage to a great soul who paved the way for a brighter future of India.

Known as the most haunted fort in India, Bhangarh fort is a popular dark tourism place in India with a scary past. Legend has it that the place was cursed by a tantrik priest who fell in love with the princess Ratnavati and attempted to woo her. But the princess didn’t fell for him and got to know about his evil plans to have her. She got him killed but as the tantrik was dying, he cursed that the whole place will remain desolated and abandoned.  The dark and gloomy ambience of the place is enough to give goosebumps to anyone let alone the strange noises and paranormal activities happening here.

Bhopal has witnessed one of the world’s worst industrial disasters, the case study of which is often done in reputed institutions and universities of the world. This gas leak incident happened in 1984 in Union Carbide plant exposing over 5 lakhs people to toxic methyl isocyanate the after-effects of which can still be seen in the area. Ever since the disaster, people residing near the plant can still be seen struggling with long term heath issues.

Kedarnath is a famous pilgrimage place in India that attracts tourists and devotees throughout the year. In 2013, a major cloudburst caused overflowing of river mandakini leading to heart-rending flood that took several lives, torn families apart, destroyed properties and shattered dreams. The natural disaster failed to deter the spirit of people and the region still pulls tourists towards it who travel miles to pray to lord Shiva and seek his blessings. Talk about dark tourism, kedarnath is more of a religious place that felt the brunt of nature’s anger owing to commercialization. But it is indeed a place that must be visited by you no matter what your purpose is.

The attack on Indian Parliament is called one of the most horrendous terrorist attacks in the history of our nation. On 13th December 2001, five terrorist belonging to lashkar and jaish infiltrated the parliament house and opened fire thereby killing security personnel and a gardener.  The attempt to invade the sovereignty of India and its government took the world by storm. Despite the tight security, the incident occurred that put questions on the negligence of intelligence. Nonetheless, you can still visit the parliament house provided that you are visiting for a tour only.

One of the iconic jewels of India, Taj Palace Hotel is an epitome of beauty, luxury, grace and grandeur all rolled into one. Known for its high-end amenities and accommodation, this hotel is the apple of Mumbai’s eye. However, in 2008 this grand hotel witnessed abominable act against humanity when Islamic terror organization lashkar-e-taiba attacked it along with other locations of Mumbai. These series of terrorist attacks in Mumbai shocked the nation. The outcome of this attack was loss of precious human lives and left a question mark on the vulnerability of the nation’s financial capital.

Now that we have shared the major dark tourism places in India, you can plan your vacation accordingly to see the usual dimension of travelling. Be ready to unfold exciting and adventures things in these destinations. Have a fun time exploring these places with a terrifying past and tragedies!

Plan for Best Summer vacation in Dehradun. Must Read!

Travelling In Thailand Can Be Disastrous If You Don’t Know These Social Etiquettes and Rules!