India is not just a country with bountiful of seasons or states, cultures, languages but a brimful of festivals too. You can say Indians are obsessed with the festivals and its celebrations. People get united and decorate homes, do ‘Puja’ and dance. Eveyone sometimes play with colors with water or burst crackers out of happiness. Durga Puja festival in Kolkata is celebrated like devotees of Ganesh in Mumbai during Ganesh Chaturthi  commemorate and honour the god. The same is the Durga Puja in Bengal. Durga Puja is an important socio-cultural event in Bengali society.

Durga Pooja and its story.

Durga Puja festival in Kolkata is the festival of win of angels or good over devils and demons. It is said that Mahishasur got the powers from blessings of Lord Brahma through his praying. But he started using it by destroying the world, this is when comes Ma Durga and fight the demon with all the powerful weapons in her ten hands and finally kills the demon. This is celebrated in the entire country but biggest festival in Bengal. This is the time when married daughters return to revisit their parents and celebrate the puja together.

Pandals are set and pujas are organized in every locality which are sponsored by the MNCs and Commercial firms. Durga Pooja lasts for 5 days when all the people have majestic and royal time having delicacies to eat and new clothes to wear. The lights are lit at nights and the atmosphere is must see. It delights your heart and the statue of Ma Durga keeps intact the message with a smile on face. Dance competitions, games, cultural activities are carried out and food stalls are opened. Schools, colleges remain closed on these days as everyone is engrossed in the celebration of the festival.

Not just this, professional singers are also hired to sing for Goddess Durga during Durga Puja festival in Kolkata. There is no time limit for people to go home and everyone live it up to the fullest. This is the time to catch up friends which are busy in their own lives and to break the monotony. Durga Puja- A major gift giving festival when good amount of sale is seen and people rush to get new clothes which signifies novel and freshness. People do not just get it for themselves but also for close relatives.

There are theme based pujas and pandals during Durga Puja which costs higher than traditional pujas. The larger than life Durga Idols is a sight to be seen and appreciate artisans. It requires proper budget, architect and team efforts. These attract the crowd and queues are made in order to watch the beautiful scene of Durga and the themes, here again unity is formed.

What do people wear during Durga Puja.

During Durga Pooja, married women wear white white saree with red border which is traditionally accepted. Everyone dances at the Dhunuchi style which is quite popular in Bengal. Dhanuchi is the earthern pot filled with incense and coal which is taken in hands. It is a beautiful sight which is done by everyone. The scene is steamed with fog and coal clouds with ‘ulu’ sound and prayers are sang all along. This is the main day when people enjoy to the full and makes their wish to remain in pink of the health and prays for the good of family. This is the day when women celebrates ‘mini Holi’ festival as they put ‘Sindoor’ on each other’s face and dance on the beats of drums praying for their prolonged married life.

After all the rituals and celebration, bhog to the goddess is taken which contains Aloo Bhaja, Potol, Narkel Nora, Dhoka Dalna and various kinds of sweets. The food can be compared to nothing as it is mouth watering at first and then finger licking. Long lines are made to take more food which shows how much people love the delicacies. You must have heard about Bengali people fond of sweets, yes that’s true, because of the delicious Mishti doi, Rosogolla and Sondesh. The food after the Pooja will make you realise how loving is the festival and the people to each other. The love is shown on this festival and hatred is put aside.

You must have noticed that Bengali people go with the ritual of making a sound which is made using their tongue and a noise among people are made. That sound is to make the evil go away. This sound can be heard in auspicious occasions like marriages and other ceremonies.

Dashmi is the last day when idols are carried out for immersion in water in the river or lake.  Prayers are carried out when people take the idol to the river. The sing songs and takes walk on the streets along with the truck carrying idols are taken in very slow pace. The people take the idol to the water and ask Durga maa to come next year and kill all the evils and demons inside us and outside. 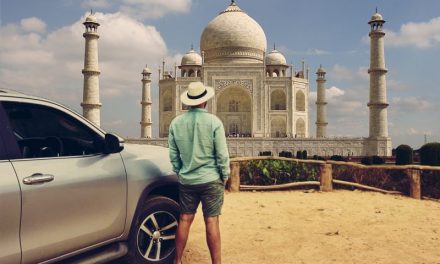 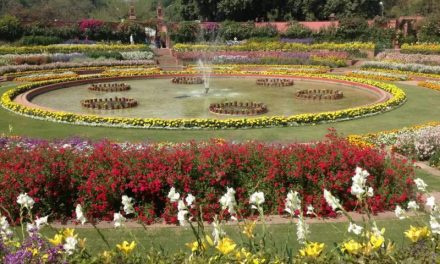 The Bouquet Of Colorful Flowers At Mughal Garden Awaits Your Presence! Visit before 8th March 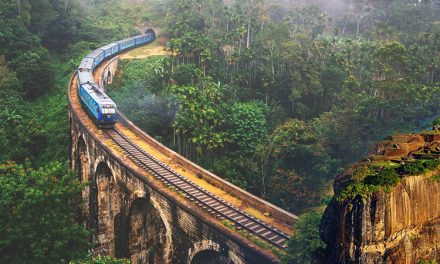